As of January 30, Barbara Monteiro can proudly call herself this year's Miss Brazil Plus Size.

Miss Brazil Plus Size is a beauty pageant that only allows women who weigh a minimum of 175 pounds to compete. The contest has different standards than other beauty pageants, organizer Adelex Gois told Reuters. "Here we are going to reward their real beauty," he said. "So there is no such thing as beauty standards established by the fashion industry."

According to the Associated Press, many of Brazil's bikini manufacturers have started rolling out plus-size lines.

"Finally, it seems like people are beginning to realize that we're not all Gisele," 38-year-old Elisangela Inez Soares told the Associated Press.

This year's pageant winner told Reuters that she is proud to represent the plus size universe and help fight discrimination. In addition to the title, Monteiro won $6,000 and a trip to Switzerland to participate in a free modeling course.

Watch Reuters' report in the video above and photos of the pageant in the gallery below: 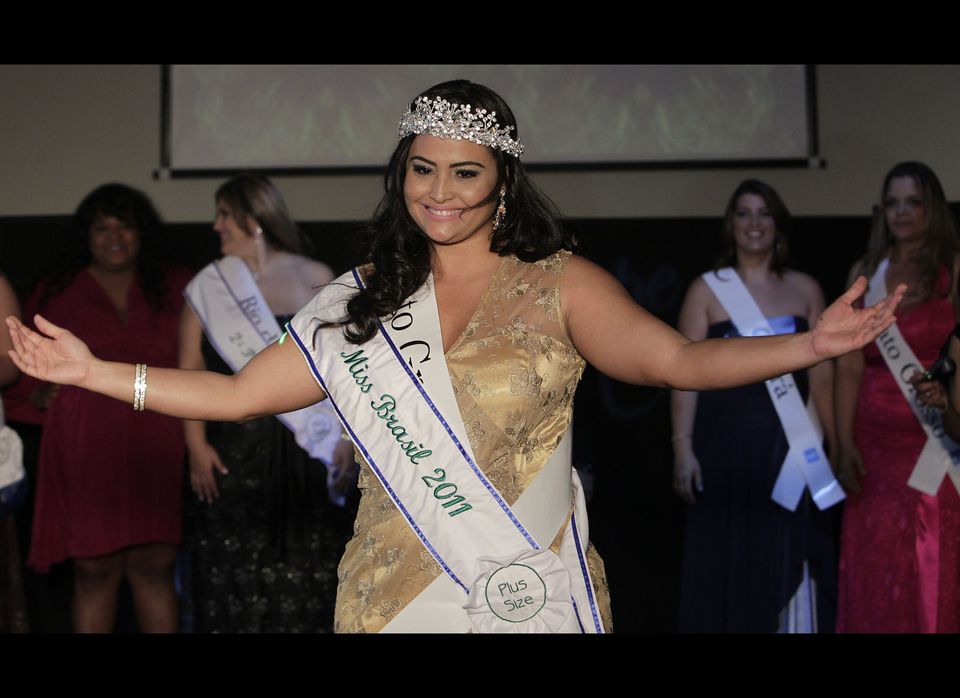 1 / 7
Contestant Barbara Monteiro, from Brazil's Mato Grosso do Sul state, gestures after winning the Miss Brazil Plus Size Beauty Pageant in Sao Paulo, Brazil, Monday, Jan. 30, 2012. A growing number of bikini and swimming suits manufacturers have woken up to Brazil's thickening waistline and are reaching out to the ever-expanding ranks of heavy women with new plus-size lines. (AP)
AP