Brazil is gearing up for the "Miss Bum Bum" pageant, a nationwide contest to find the best butt in the country.

The nation's cutest derriere will be chosen out of 27 competitors, one from each of Brazil's Federative Units. Online voting will determine 15 finalists, who will travel to São Paulo in November for the "grand finale."

"[Brazilians] definitely have a thing with butts," said Brazilian Graciela Murano, writer and editor for Oddee, noting that "bumbum" is the word most commonly used in Brazil to refer to someone's rear end.pau

In her country, the 30-year-old says, most people know about the competition, but like to pretend that they're not interested.

In reality, though, "Every woman has read about it and won't admit it," she said, "and every man's dream is to be a part of the judging team."

It looks like those dreams won't come true, at least this year. In early September, Pamela Anderson was contracted to judge the competition, according to the Brazil Dispatch.

Like any good pageant, Miss Bum Bum Brazil is not without scandal.

Cibelle Ribeiro was one candidate who almost slipped through the cracks. Murano told The Huffington Post that Ribeiro was a national "favorite" for the competition, but was almost disqualified when judges suspected she may have butt implants, and the curvy contestant refused to take an X-ray.

However, it looks Ribeiro has since submitted to the X-ray and, butt approved, is now back in the running, according to Globo.

Anyone can see that the pageant contestants have perfect posteriors, but what about Brazilians in general? Do they have better butts than the rest of the world?

CORRECTION: A previous version of this article incorrectly referred to a contestant as "Cibelle Riberio." Her name is Cibelle Rebeiro. 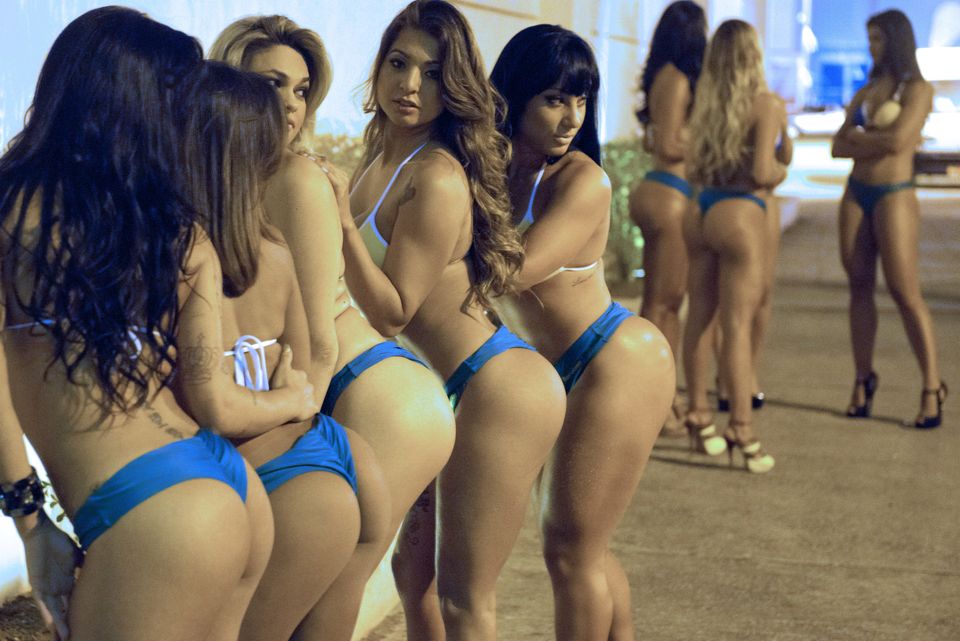 1 / 8
BRAZIL-MISS BUMBUM
Competitors of 'Miss Bumbum Brasil 2012', the contest for the cutest bottom, pose against a wall for local photographers before recording a TV program in Osasco, a surburb of Sao Paulo, Brazil on September 24, 2012. Brazil's 27 states and Federal District representatives compete for the cutest bottom. Competitors will be eliminated into 15 by internet voting on their website and the winner will be chosen at the grand final in Sao Paulo in November. AFP PHOTO/Yasuyoshi CHIBA (Photo credit should read YASUYOSHI CHIBA/AFP/GettyImages)
Getty Images