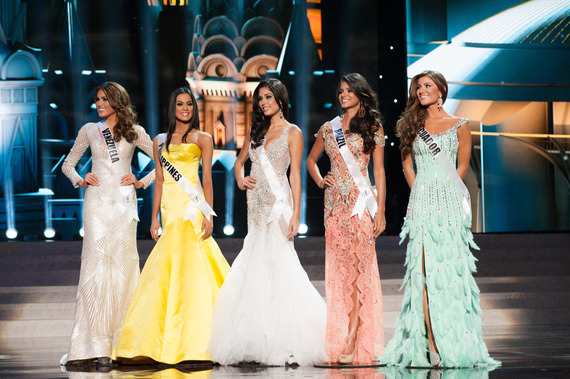 After the uproar over the lack of diversity in this year's Academy Awards nominations, it's good to know there is one upcoming television special that will showcase diverse faces: the Miss Universe pageant.

I'm honored to serve (for the third time!) as a preliminary judge for Miss Universe - with competition happening this week in Doral/Miami. Always, my favorite part of the judging experience is seeing representatives from almost 90 different countries. Because it is by definition a global competition, the pageant provides an annual showcase for diversity on television.

My fascination with beauty pageants began as a kid. Beauty pageants are very popular in Asian countries. After my family emigrated from Vietnam to the United States in the 1970s, it was little surprise that my mother and sisters watched pageants on American television. As a young boy, I sat alongside and watched too - with the Asian nerd in me rooting for contestants who exhibited both beauty and brains.

Of all the pageants, Miss Universe was far and away my favorite. It was international and showcased faces from many countries, races, and cultures. That diversity spoke to me. As an immigrant Asian kid growing up in the 1970s and 1980s, I did not see many racial minorities (and especially Asian Pacific Islander faces) on television. But once a year, the Miss Universe telecast would blow through like a breath of fresh air; low and behold, I would actually see faces of color on screen! That leaves quite the impression when you're a kid not accustomed to seeing faces like yours in media. 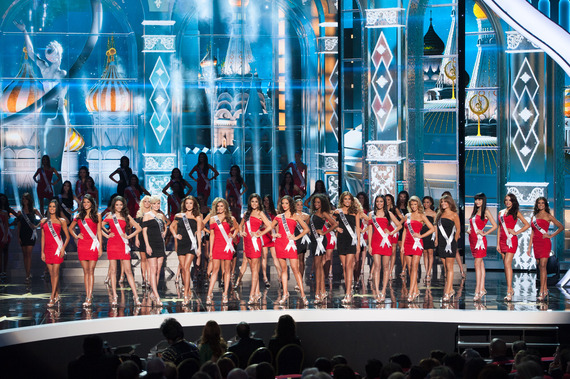 Not everyone is a fan of pageants, and of course a beauty competition does not solve all the world's problems. But we all want to feel that we are worthy. To that end, there is something powerful about an event that celebrates women from all races and cultures - beamed to television screens across the globe. In the United States (and in many other Western countries), the ideals of beauty presented in media and advertising are rather limited. While physical appearance should never be the driver of self-worth, we cannot deny that it affects people's confidence. That is especially true for young girls (and boys) who feel like they do not fit the mold - undermining their self-esteem during crucial formative years.

That is how the Miss Universe pageant stands out. The delegates proudly represent different countries, span the spectrum of races, embody many cultures, speak multiple languages, share varied life backgrounds, and don some insanely creative national costumes. I hope young girls watching at home see this diversity of beauty, and realize that they too can feel "confidently beautiful" - no matter where they come from and irrespective of their racial background.

For me, that's always the magic of Miss Universe. Almost 90 contestants. A globe's worth of different races, nationalities, languages, life backgrounds, educations, and ambitions. Each one diverse. Each one beautiful. I hope that each young woman on this year's Miss Universe stage - and everyone watching at home - can find her own unique way to stand out and WIN.