Why must a Muslim person's faith come up the moment that person breaks through the mainstream in any conceivable way -- regardless of relevance or context?

And why does it invariably end up linking that person through multiple degrees of separation to terrorism?

The fact that even a Miss USA could not be spared this exercise in futility puts away any remaining doubt that there is a segment of America that is suffering from a bizarre and unhealthy obsession with Islam.

When Dubai Ports World won a contract to manage six US seaports in 2006, US Lawmakers rushed to invalidate the deal. Their objections essentially came down to the shocking discovery that Dubai was an "Islamic" country (even as they bore no qualms about billions of dollars in US business contracts going the other way). Of no weight was the more relevant fact that the Dubai Ports World is one of the most reputable operators in its industry.

And when Mazen Asbahi was appointed as the Obama campaign's liaison to the Muslim community in 2008, the Wall Street Journal riled up just enough "guilt by association" terrorism-related controversy against the clean-as-a-whistle Asbahi to force him to resign only a few days into his post.

Most recently, when Dr. Parvez Ahmed was nominated for Jacksonville's Human Rights Commission, the established humanitarian was smeared with "ties to terrorism." He subsequently faced a torrent of abuse (including one commissioner's request that he demonstrate to the commission how he prays to his God) before eventually being confirmed.

The fact that Muslims who aspire to prominence in business, political, and service circles routinely face special scrutiny as a result of their faith is alarming. The fact that Muslims involved in the banality of looking good would not be spared similar scrutiny is comical -- in a sad sort of way, of course. 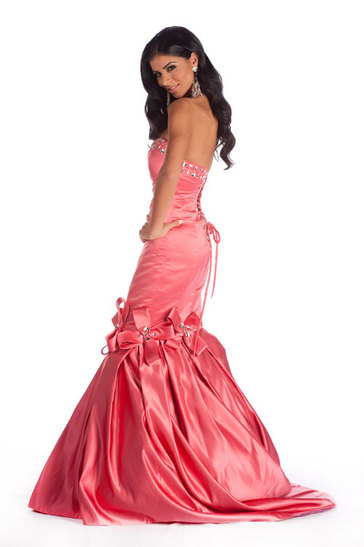 And yet just one day after Rima Fakih, an Arab-American Lebanese Muslim from Michigan, won the Miss USA pageant, her faith took center stage, and sure enough, some found a way to "link" her to terrorism.

AOL News, no less, led the foray with the provocative title, "Controversy Swirls Around Miss USA Winner." They quote right-wing blogger Debbie Schlussel, who tells us that Miss USA has "many relatives" who are terrorists and that "a Hezbollah supporter helped bankroll her pageant run."

"It's a sad day in America but a very predictable one, given the politically correct, Islamo-pandering climate in which we're mired," she says.

As paranoid as Schlussel sounds, this was in fact a sanitized version of the original Islamophobic, foul-mouth tirade found on her blog under the flattering title, "Hezbollah's American Sharmuta" ("whore" in Arabic).

Fox & Friends host Gretchen Carlson also blamed "political correctness" as the culprit in Fakih's victory. "Did the Muslim-American win because of the whole PC society that we find ourselves in?" she wonders.

Another conservative blogger, Michelle Malkin, lamented that "Fakih's cheerleaders are too busy tooting the identity politics horn to care what comes out of her mouth," while neo-conservative blogger Daniel Pipes argued that this and five other recent Muslim beauty pageant winners in the West indicate "an odd form of affirmative action."

And as always, there is no shortage of kooky blogs that feed off of this stuff.

Other articles questioned whether Muslims would celebrate or bemoan a Muslim Miss USA.

The fact is, just like the 58 winners before her, Rima Fakih's faith has absolutely nothing to do with her beauty.

Rima is just another American girl who pursued a personal dream. The fact that she happens to be Muslim is completely irrelevant to the story. She should neither be hailed as a Muslim hero, nor made into a punching bag for anti-Muslim haters.

That her religion is even brought up is only indicative of how far our unhealthy obsession with this age-old global faith and its adherents has gone.