No one was to blame for what happened, but that does not make it any less difficult to accept. It was all a matter of missed connections, bad timing, blundering in the dark. We were always in the right place at the wrong time, the wrong place at the right time, always just missing each other, always just a few inches from figuring the whole thing out. That's what the story boils down to, I think. A series of lost chances. All the pieces were there from the beginning, but no one knew how to put them together. 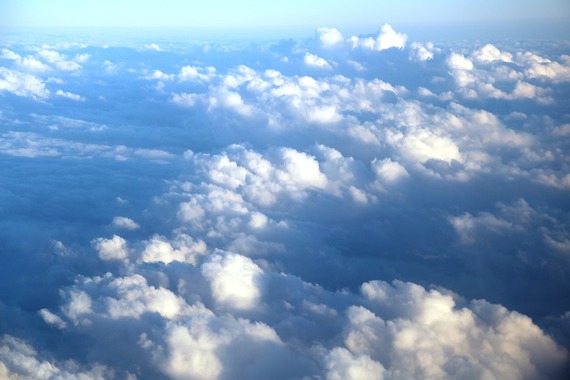 The duty-free area in an airport somewhere, that limbo zone between security and the departure gates. Passport and tickets swimming in a giant purse stuffed with yesterday's paper, chewing gum, extra socks. Stale, half crushed, just-in-case crackers, bad coffee paid for in three currencies, and the bitter taste of a missed connection to a place, a someone I wanted to meet.

Meanwhile, in Saint Étienne-du-Rouvray, a small town in Normandy, an eighty-five year old priest lies with his throat slit, by the corpses of two angry men. A morning mass and three lives interrupted; three souls that clashed but did not meet.

In parallel, a shootout in a Munich mall, a bomb in an Ansbach bar. An axe on a train near Wurzberg, an exploding truck in Nice. And Europe is not the only continent where connections are being missed.

Stabbings and shootings in Jerusalem, markets in Mogadishu and Baghdad. Attacks in Turkey, Yemen, Kenya, Syria. Lebanon, Indonesia, Afghanistan. Young men wielding assault rifles and knives because they feel they have lost their lives. Religions and interests groping around in the fog, not seeing eye to eye.

Every religion claims a road to heaven, traced as a single straight line. To be followed through abidance by a divine truth, trodden on in rank and file. But somehow, somewhere along this path, salvation turned into a zero sum game; these multiple straight lines, however parallel, have not been heading the same way.

How odd that Friday evening prayers and Shabat rest cannot coexist. That one person's diet be another's concern, that a law must decree how girls dress. How morning mass undermines Allahu akbar, is a connection I cannot see. Nor how we can claim we are going the same place, if two parallel lines never meet.

Belief, or lack of it, is not the problem; diversity makes us rich. "If the world weren't such a beautiful place, we might all turn into cynics." Extremism, not religion, drives people into war. On crusades, raids and Inquisitions, trains to Auschwitz and Birkenau. Unaligned interests make drones drop bombs, planes crash into buildings and the sea. And then we blame the Lord, whatever name we call him by, for all the connections we miss.

Still, there are some places, mediums in the world, where our paths have been able to meet. In libraries and art museums, concerts and ballets. In public playgrounds, marathons, and conferences for peace. In classrooms where children are taught that different does not mean evil or bad. In Kraków where three million youths and a pope prayed for mercy this week.

At candlelight vigils where pain and grief did not escalate into hate. In every victim big enough to turn the other cheek.

In Santa Maria della Passione, 14 Via Conservatorio, Milan. Where three women of three faiths met in three languages one day, to pray to the same God. Christian hymns, Islamic praises and Jewish psalms were sung. They did not stop the world from raging, but proved three parallel lines could meet.

I am still floating in that limbo of people, places, and opportunities I missed. There are days when the point of trying is also lost in the mist. But there is always another flight, there has to be another way. Whatever path we choose to heaven,

This post, and more by this author, can be read on Aristotle at Afternoon Tea.