Six years after the start of the Great Recession, nearly eight million jobs are still missing from the U.S. economy.

That's how many more people would have jobs today if the economy were truly healthy, according to a new study released Thursday by the Economic Policy Institute, a left-leaning think tank. (Story continues after the chart of pain.) 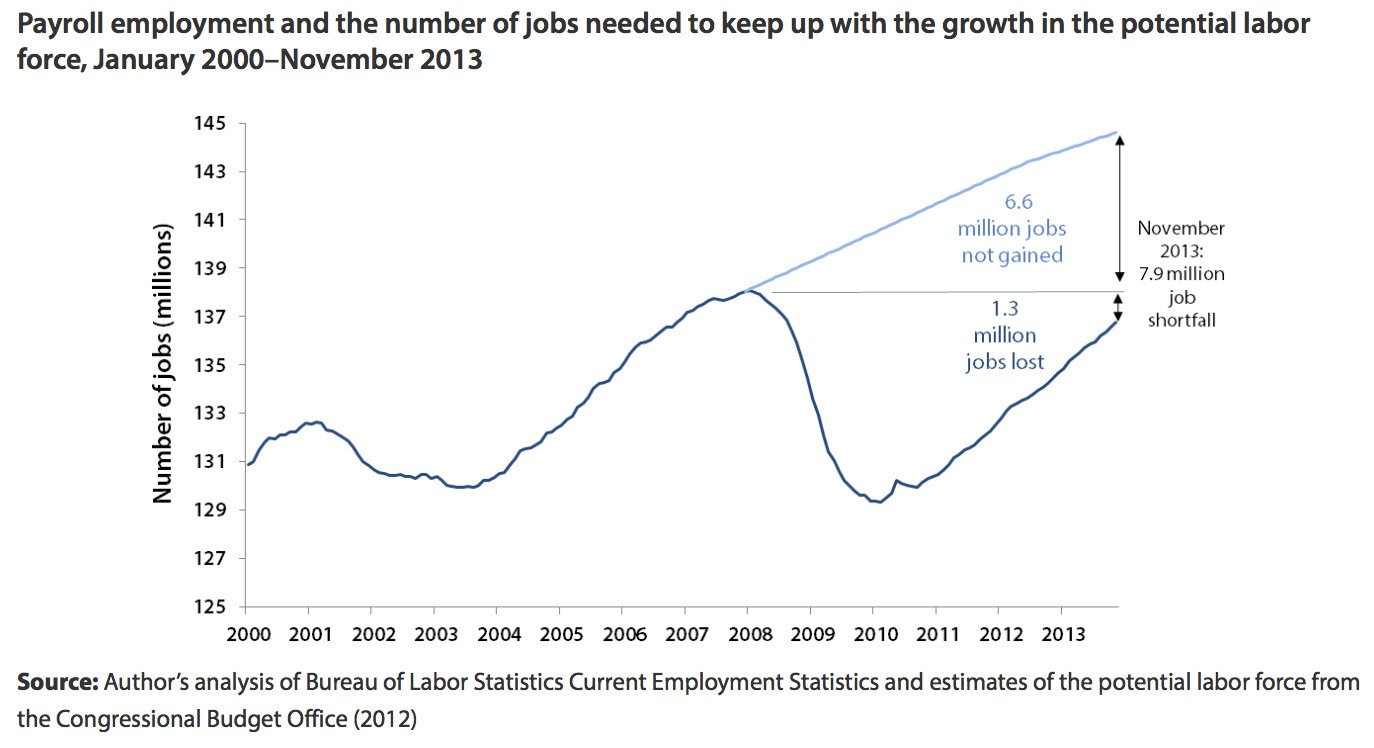 This estimate is based partly on how many jobs are needed to keep up with the potential growth rate of the labor force -- in other words, how many jobs would be needed to employ all the people who would be actively looking for work if the economy were running at full steam. That gap accounts for about 6.6 million of the missing jobs, in the EPI's estimate. The other 1.3 million missing jobs represent how far we still have to go before we get back to the level of peak employment just before the recession began.

The latest unemployment rate and payroll numbers are due on Friday. Economists think there's a chance the economy could add 250,000 jobs and that the unemployment rate could dip below 7 percent for the first time since November 2008. Both numbers would be good signs -- but the job market would still not be anywhere close to healed.

The lower unemployment rate would be particularly misleading, in fact, because it is based partly on people dropping out of the work force and no longer being counted as unemployed. The economy is not strong enough to create jobs, so labor-force growth is not living up to its potential. If people who have dropped temporarily out of the labor force were still looking for jobs, the real unemployment rate would be 10.3 percent, not 7 percent, according to the EPI. 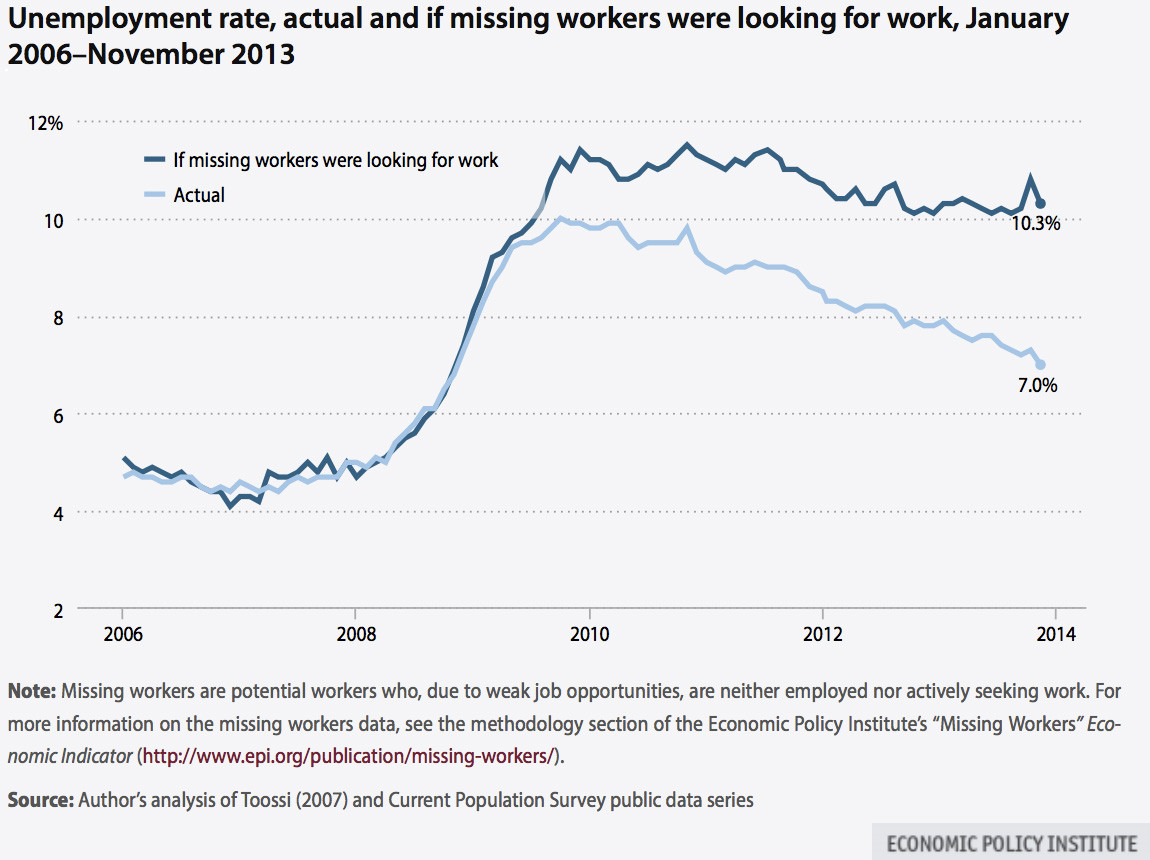