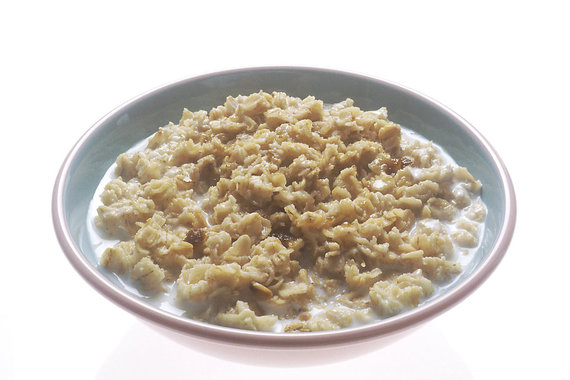 There is a famous saying attributed to Judge Jerome Frank that "Justice is what the judge ate for breakfast." Basically, this is a cynical view that substantive outcomes in cases are not always explained by legal precedent or argument, but other factors affecting the judges when they decide the case. As applied to our U.S. Supreme Court, the looming outside influential factor is the empty seat on the bench while Judge Merrick Garland waits for a Senate confirmation hearing and vote. This week's punt by the Supreme Court in the important case of Zubik v. Burwell now shows some of the effects of this situation outside the control of the litigating parties.

In Zubik, the Supreme Court was asked to do one of its most important jobs: resolve a split in Circuit Courts of Appeals where legal rules and rights have been applied differently in various parts of the country. The issue raised was whether the requirement that religious organizations send an objection letter to the Affordable Care Act's contraception coverage (which allows insurers to provide that coverage to employees at no cost to the employer) impermissibly burdens that employer's religious beliefs. Before the Supreme Court took the case, six Circuit Courts upheld the law (including the 10th Circuit covering Colorado) and one Circuit Court struck it down. Classic circuit split - employers can act differently in various parts of the country so we all need the Supreme Court to decide once and for all what the law of the land is.

The per curiam (unsigned) opinion issued by the Supreme Court on Monday completely avoids deciding the question and instead tells the parties to work out some new approach that might not be objectionable to the religious organizations. Despite the lopsided nature of the 6-1 Circuit split in favor of the law as it currently exists, the opinion kicked back all cases from all Circuit Courts for further proceedings and new decisions. But the Court specifically avoids deciding anything "on the merits" and, therefore, avoids providing legal guidance to those lower courts.

Since oral argument was held with only eight Justices, court-watchers have predicted a split court. We will never know whether this was a 4-4 deadlock, or maybe some combination of opinions circulating through the Justices' chambers that landed at 3-3-2. Regardless, a full court would have had a ninth Justice to break the tie or push one approach into a plurality opinion that would decide the case once and for all. Instead, the Supreme Court has acted like a frustrated parent telling the kids to go deal with it themselves. Moreover, the Supreme Court instructed those Circuit Courts to take "sufficient time" to resolve these issues and re-decide all those vacated judgments on both sides. (Translation: Perhaps until after the election when a lame-duck Senate might see fit to conduct the confirmation process for Judge Garland depending on the predictions of what other nominee might be sent to Capitol Hill in January? Thanks!)

The 10th Circuit decision in 2015 brought by a Colorado religious employer strongly stated: "The accommodation scheme does not give plaintiffs discretion to thwart their employees' right to contraceptive coverage by refusing to provide coverage and also refusing to register their obligation so the government can make alternative arrangements to free them from providing coverage." But the Supreme Court just erased that well-researched 95-page opinion with little more than a shrug because the institution didn't have enough Justices to do its work properly. Where does that leave Colorado women now?

Supporters of religious employers seem to view the opinion as a do-over chance to win in those Circuits where they lost last time. #SCOTUSWomen Justices Sonia Sotomayor and Ruth Bader Ginsburg wrote a specific concurrence to Monday's opinion warning lower courts not to interpret this remand as a win for the challengers. Instead they took pains to reaffirm the "guaranteed seamless preventative-care coverage under the Affordable Care Act." But women in Colorado and elsewhere now have to go back to court to fight for that access to healthcare, again.

Looks like when not enough Justices show up for breakfast, women are left with just a bowl of cold gelatinous oatmeal.