In the seven years since my daughter was born, we've taken thousands of photographs. At various points along the way, we've even involved professionals. But it is rare that the professionals capture what I see when I look at her -- the bright expression of delight and interest, the alternately mischievous and kind smile, the light in her eyes. More often than not, they catch her fake grin-for-the-camera, or their flash bounces off her glasses and the image misses her eyes, those globes of sparkling cut glass, or they get the moment just before the real Penny emerges. Most pictures by outsiders, no matter how professional, can't capture her smile.

Because Penny has Down syndrome, I often feel as though her interactions with the outside world mirror those photographs. People wonder, "Has it hurt your marriage? I hear the divorce rate for special needs parents is really high." Or they ask, "Is it hard on her brother and sister?" Or they say, "You were so brave to have more children."

And just as I don't know how to tell photographers the way to capture her smile, I don't know how to tell the social bystanders the way to capture an accurate portrait of our family. Sometimes I argue, citing statistics that the divorce rate for families with children with Down syndrome is actually lower than the average population, or that siblings report pride and happiness with their brother or sister with Down syndrome. Sometimes, I shrug the comments off.

Other times, I try to come up with an anecdote to gently suggest that the ways in which Penny's life is a burden by no means outweighs the ways in which her life brings blessing and beauty into our home. I talk about her willingness to share with her siblings even when they haven't returned the favor, or her insistence upon thanking everyone who serves her in any way -- at a restaurant, at ballet class, in a store -- even if it means going back and seeking the person out. I think about her offer to pray with me on the day I broke down in tears after an argument with her brother. I think about the glow on her face when she works hard to read a new book out loud, the excitement when she asks me to give her "medium hard words" to spell. I think about the gentleness of her hand in mine, the gentleness of her spirit, which is hard to put into words.

But then, even in offering these glimpses into who my daughter is, I wonder if I have only told one side of the story. I wonder if it's deceptive to leave out the trips to the doctors, the list on my computer right now of the physiatrist, the audiologist and the cardiologist visits I need to schedule. I wonder if it's deceptive to mention that she is reading above grade level when plenty of her peers with Down syndrome have not mastered those same skills. I wonder if I should write about my fears that she won't have friends because she is too much like her mother, always wanting to curl up on a couch and read and showing no interest for dolls and dress-ups and fairy princesses. I wonder if her teachers at school who have created countless behavioral modifications on her behalf would read these words and think, "Yes, Penny's cute, but..."

And yet, to think that a child's life can be summarized by the balance of her flaws and her achievements, with a scorecard at the end that deems her either a burden to our family or a productive citizen within our society, betrays my role as her mother altogether. I lose some of my own humanity every time I judge another human being as if their life is one to be measured on a scale, rather than received as a gift. I have only come to understand this truth because of Penny.

I can list her accomplishments, and they are many. I can list the emotional and spiritual qualities I admire. And I can also list the ways in which she frustrates me and the numbers of hours of productive work time I have lost in shuttling her to therapists and doctors and Individualized Education plan meetings. Most parents, of course, could share a similar list. But I feel as though I have been let in on a cosmic secret because when I look at Penny, I see her beauty before I see anything else. And her beauty helps me believe that every person I encounter -- from the child in the magazine with a cleft palate to the army vet who returns with his legs amputated to the overweight woman at the checkout line in the grocery store to the bejeweled lady at a cocktail party -- that every person I encounter is beautiful. Knowing the infinite and immeasurable value of Penny's life has convinced me that every life bears that same stamp of glory, however veiled.

I used to think that the world was the objective observer and my view of Penny was skewed by my love for her. I now believe that love is the only way to see the truth, and that for years I was simply missing out on beautiful. 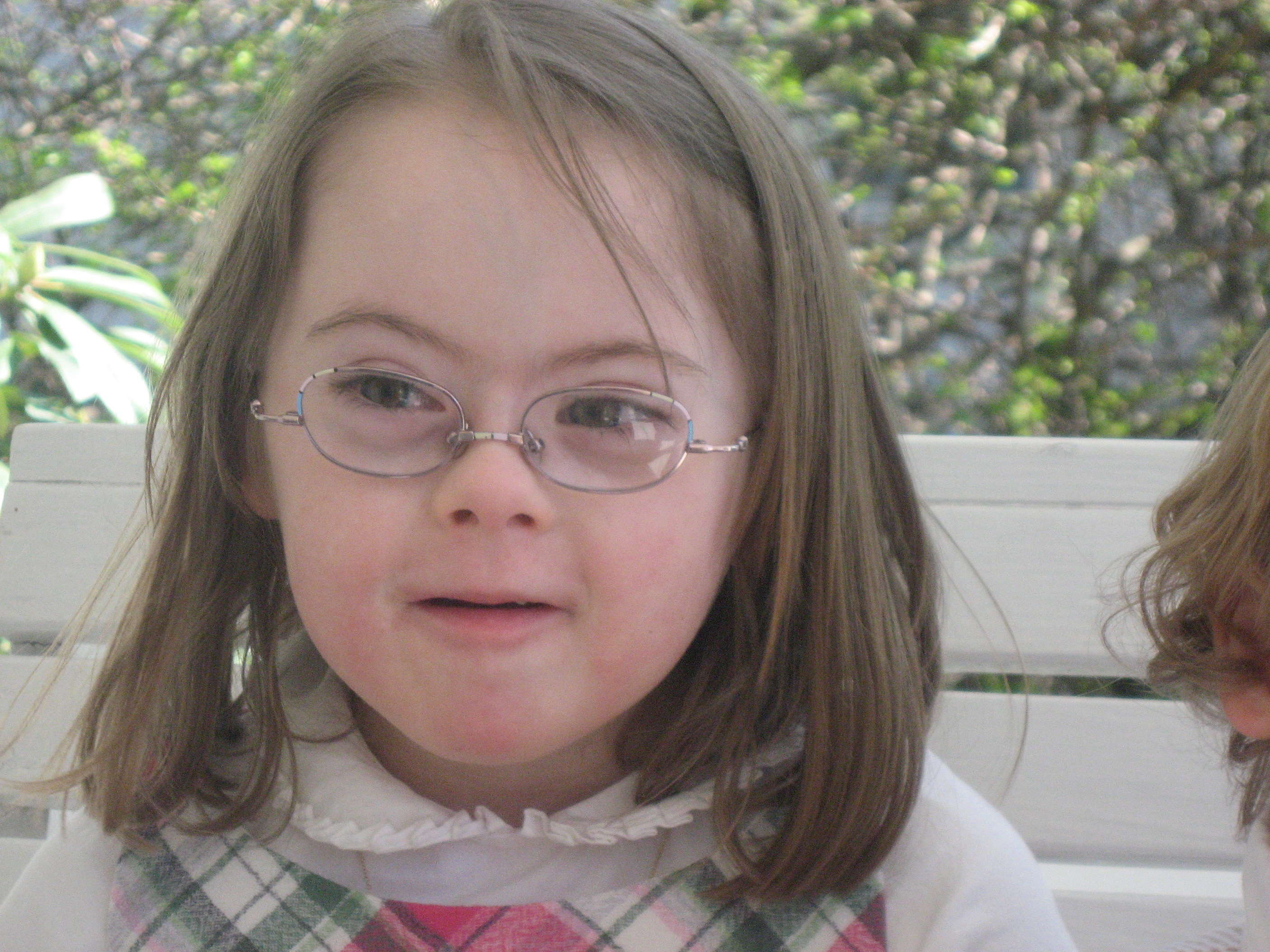