Mexico's federal police collaborated with local forces in the September attack on 43 students whose disappearance and presumed killings have led to mass protests in the country, according to an investigative report published Sunday in the Mexican magazine Proceso.

Federal authorities also likely tortured key witnesses who offered critical testimony for an investigation by the Mexican attorney general's office into the disappearances, the lead reporter for the Proceso story told The Huffington Post.

The Proceso investigation is based on leaked government documents that are not publicly available, as well as a report by the state government of Guerrero, where the students' college was located and where they were attacked. The magazine published an abbreviated version of its story on Saturday, as well as a newswire version on Sunday. The full investigation was published Sunday in a print version of the magazine, only available in Mexico.

Both the newswire and early version of the Proceso investigation sharply contradict the version of events put forth by Mexican President Enrique Peña Nieto’s administration, at a time when a widespread protest movement has questioned the government’s handling of the investigation into the circumstances surrounding the missing students.

“We have information that proves the federal government knew what was happening in the moment it was happening, and participated in it,” Anabel Hernández, the lead reporter for the Proceso piece, told HuffPost in a telephone interview. “The government has tried to hide this information.”

Proceso's story was co-authored by journalist Steve Fisher and supported by the Investigative Reporting Program at the University of California, Berkeley. The Mexican attorney general's office and the president's office did not immediately respond to requests from HuffPost for comment on the story.

On Sept. 26, a group of students from the Ayotzinapa rural teachers college in the southwestern state of Guerrero traveled to the nearby city of Iguala to take part in a protest. They were ambushed and shot at along the way by police forces, leading to three deaths and several injuries.

Several students escaped, but 43 of them disappeared -- feeding a protest movement with international reach and months of speculation over the role of security forces in their presumed killings.

The federal government has maintained that the students were first attacked by local police acting on the orders of the mayor of the town of Iguala, José Luis Abarca, and his wife, María de los Ángeles Pineda, both of whom were detained last month. Local police, according to the government, then handed 43 of the students off to members of the Guerreros Unidos drug cartel, who killed them and disposed of their remains.

Proceso said that according to the state report, the first gunshots were reported at 9:40 p.m. to Mexico's Center of Control, Command, Communications and Computation, or C4, a communication structure used by federal and local security forces, as well as the military. Though the C4 unit in Iguala is run by state authorities, Proceso said that both federal police and the military have access to its communications -- making it impossible that the federal authorities would not have known about the attack as it was happening.

Univision.com said Saturday that Proceso's revelations clearly contradict the federal government’s previous statements that the violent incident was carried out by local authorities, without its knowledge, in collusion with drug traffickers.

“There’s no way the Peña Nieto government can say they didn’t know what was happening,” Univisión.com wrote in Spanish in an article published Saturday.

The Proceso article also questions the federal government’s handling of key witnesses in the investigation into the students' disappearance, according to Hernández. Federal authorities have relied primarily on testimony from alleged drug traffickers, who have said they were involved in killing the students and incinerating their bodies.

But Hernández told HuffPost that documents she obtained from the attorney general's office show that witnesses who testified had been tortured by federal authorities or the military during interrogations completed prior to their testimonies. The documents detail telltale signs of beatings on the witnesses' bodies, Hernández said -- black eyes, marks on the neck, bruising on the ribs and signs that authorities had electrocuted one witness's testicles. One witness had a series of red dots over his body that Hernández said also likely indicated electrocution.

“The version given by the federal government, by the attorney general’s office, is based solely on testimony by presumed drug traffickers,” Hernández said. "What we found is that, in at least five cases, these testimonies were obtained using torture."

Hernández said torture is prohibited in Mexico and would make the evidence inadmissible. The fact that the brutal tactics were apparently used to force confessions also casts doubt on the reliability of the information obtained, she said.

The version of the Proceso report published on Saturday includes a short video of compiled footage Proceso says the students took on their cell phones the night of attacks. At one point, voices in the footage shout "don't shoot" and "get down" in Spanish, after crying out "they already killed one" and asking to call an ambulance. Toward the end of the video, the students quietly talk to each other, saying that “the police are leaving, the federal [police] are going to stay. They’re going to hassle us.”

Watch the video below (in Spanish):

Though the Proceso report offers seemingly damning evidence showing some level of federal involvement, Fusion reported Sunday that it could not corroborate the allegations in interviews with two survivors of the attack.

In early November, the Peña Nieto administration announced that members of the Guerreros Unidos cartel had confessed to killing the students and burning their bodies, before discarding the remains in a nearby river. Authorities sent the remains to Austria for DNA testing, and last week, Mexican Attorney General Jesus Murillo said that those experts had identified at least one student from a bone fragment.

During the search for the students, at least a dozen mass graves were found in the area near their abduction. However, the Mexican government has said the unmarked graves do not contain the students' remains.

In the weeks that followed the students’ disappearance, thousands of people marched in Mexico City, demanding justice and transparency from the federal government, as well as the students' return.

Similar protests cropped up around the world, including in the United States, Brazil, Holland and Germany, and several prominent Mexican figures voiced their support for the demonstrators.

The public pressure prompted Peña Nieto to propose a series of measures to reform police forces and deter corruption between authorities, officials and criminal organizations.

Mexico has faced a surge in violence since the country's previous president, Felipe Calderón, launched a frontal assault on the nation's drug cartels in December of 2006. Since the conflict began, more than 100,000 people have died in drug war-related violence, and another 22,000 have disappeared. 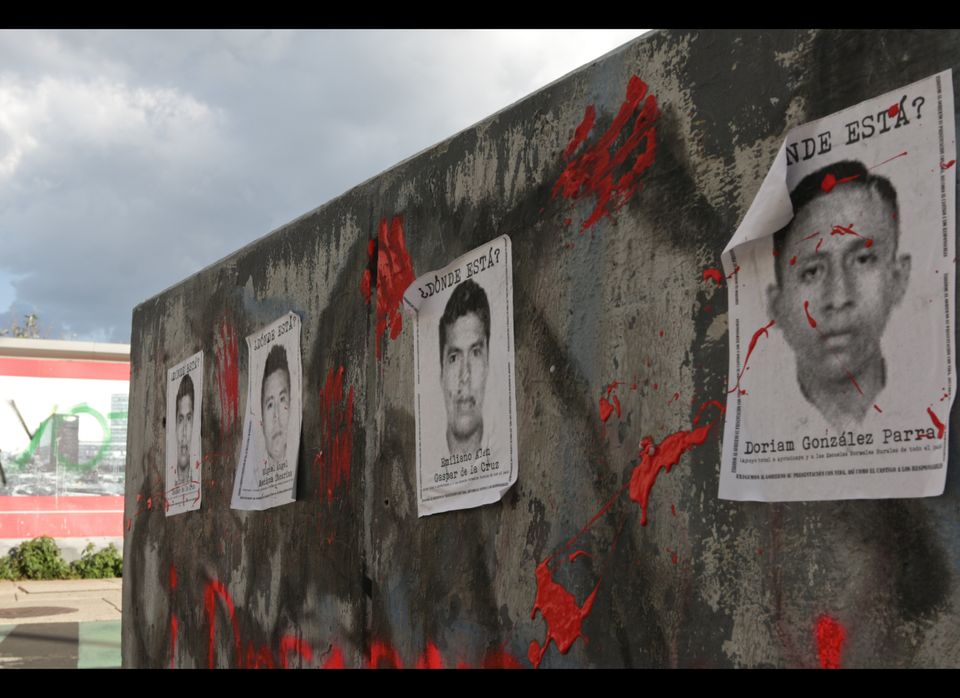