For some reason I've started receiving Newsweek in the mail. No wonder the industry is facing tough times if this is how they handle their subscription base, because I'm sure I'm not paying for it. Nonetheless, I was shocked at the cover this week which proclaims Victory at Last: the Emergence of a Democratic Iraq with a photo of Bush and his infamous "Mission Accomplished" banner in the background.

I just returned from my sixth trip to Iraq where I expected to film a preview of Sunday's elections for an episode of my show Fault Lines on Al Jazeera English, but instead I found a civil war in the making. If democracy means getting to vote then, yes, that is happening in Iraq.

But the results of this process may be far from what the US wants or what's best for the people of Iraq even. 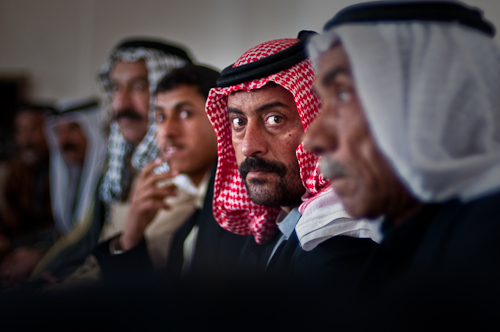 I spent most of my time this trip in the Kirkuk region. Every time I asked a Turkman, Sunni Arab or Kurd who he or she was planning to vote for, the answer--100% of the time--was the party that represented his or her ethnic or religious affiliation. And every time a tone forgiving my naivety for even asking such a question accompanied the answer.

In Iraq minorities seemingly have no protection, so a vote for any party other than his or her ethnic or sectarian group is seen as a vote for his or her respective future oppressor.

As the election in 2005 proved, these kinds of votes only serve to deepen ethnic and sectarian divides. Mosul is a perfect example. The majority Sunnis boycotted their first election in protest of the US occupation, essentially falling prey to pride over prudence, and giving the polls--along with Iraq's second largest city--to the Kurdish minority. For the next four years Sunnis claim they fell victim to vengeful policies. Unwilling to be outvoted again, Sunnis ran and won on a strong anti-Kurd platform in last year's provincial elections. In response the Kurds have refused to participate in a coalition government. No wonder Mosul continues to compete with Baghdad as the most violent city in Iraq.

Maxim in Iraq: One group rules, the others suffer. 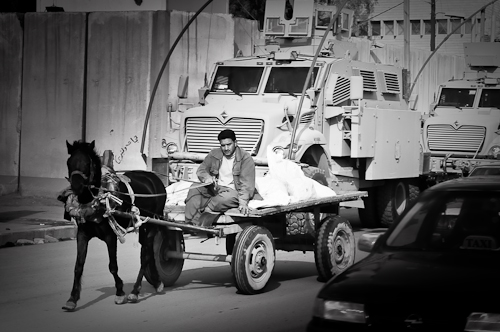 In Kirkuk, Saddam forced the Kurds out and replaced them with Sunni Arabs in an attempt to cinch the oil-rich territory to Baghdad. As US forces rushed to Baghdad in 2003, Kurds flooded back into Kirkuk. The Kurdistan Regional Government (KRG) has been paying--and even in some cases coercing--Kurds to move back to the city ever since. Not too different than with the settlements in Israel, the Kurds intend to regain Kirkuk (and it's oil) by demographic takeover.

All this sounds more like a path to civil war than to civil democracy. One Sunni father -- whose son remains missing after allegedly being kidnapped by Kurdish intelligence forces -- predicted what would happen when the US military withdraws from Kirkuk, "Within one hour there will be a fight and the Kurds will be expelled."

The US desperately wants next week's elections to be accepted as legitimate, so it can move forward with it's plans to leave Iraq. A repeat of the laughable Afghan elections earlier this year won't do. But with the shenanigans in Baghdad and the foregone acceptance by the Iraqis I met of voter fraud, it's easy to see why even CentCom commander Gen. David Petraeus jokes about the process calling it "Iraqracy" rather than democracy. 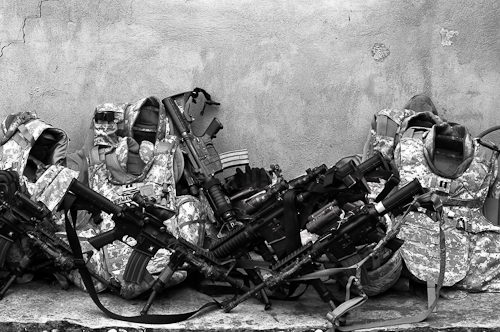 And in a flashback to 2003, as the Newsweek cover story indicates, it seems that some US media are willing accomplices to the US government for the story it needs. Indeed, it does feel like Mission Accomplished, all over again.