On May 1, 2003, President George W. Bush stepped down from a Navy jet that had just landed on the USS Abraham Lincoln. He was wearing a flight suit and he had a message: "Mission accomplished."

He stood before service members gathered on the ship, floating off the coast of San Diego, to tell them the military engagement that had begun in Iraq less than two months before had been successful.

"My fellow Americans, major combat operations in Iraq have ended," he said. "In the battle of Iraq, the United States and our allies have prevailed."

Here's where we stand 10 years later: 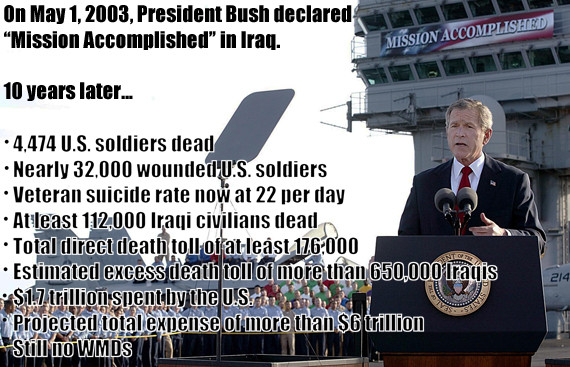 Iraq War: What Else Could America Have Spent $800 Billion On?