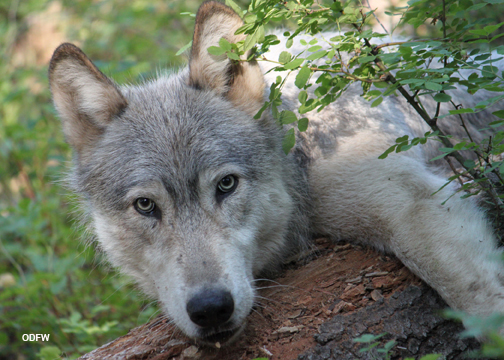 Feds have lost their way on wolf recovery

When federal wolf recovery efforts began more than 25 years ago, I had very high hopes. I was working for the U.S. Fish and Wildlife Service as an endangered species biologist at the time and remember thinking what an incredibly ambitious and inspiring project it was.

A decade later, I was honored to release three Mexican gray wolves to Arizona's Apache National Forest as director of the Service. I'll never forget looking into the crate and seeing in the wolf's eyes the fierce green fire that inspired Aldo Leopold to develop his famous land ethic. Carrying those wolves into their new wild home, I felt a deep connection with both the animals and the great conservation leaders who came before me. It was thrilling to think that someday gray wolves would thrive once again across much of the West -- a direct result of our collective efforts to bring them back.

Restoring a native predator to the American landscape represented a grand vision for the future of wildlife conservation. Not only was the federal government fighting to save imperiled species from extinction, it was also working hard to reintroduce animals that had been ruthlessly and foolishly eliminated decades earlier. I could think of no nobler and more worthy set of conservation values than those set forth in the Endangered Species Act (ESA).

Fast forward to today. The U.S. Fish and Wildlife Service announced recently that it plans to prematurely delist wolves under the ESA and abandon their restoration efforts for gray wolves everywhere except for the Southwest. With wolves struggling to gain a toehold in the Northwest and still nonexistent in places with excellent suitable habitat like California, Utah and Colorado, the federal government is giving up on the dream of full gray wolf recovery. Put simply, they are quitting before their work is done.

Some 5,000 wolves currently inhabit six states in the lower 48. This is a marked improvement since the late '80s when there were only a few hundred left in northern Minnesota. Yet, the reality is that the recovery of the species throughout key areas in the West remains as uncertain as ever. Idaho, Montana and Wyoming have already started to drive their wolf populations down. Anti-wolf legislation has cropped up in Oregon and Washington, where there are presently only about 100 wolves. Utah's legislature passed a bill several years ago banning wolves altogether. And without continued federal protection, we're as likely to see sustainable populations of unicorns in five years in Colorado and California as we are to see sustainable populations of wolves.

By walking off the job before the task is done, the U.S. Fish and Wildlife Service is redefining what it means to recover imperiled species...and not in a good way. The agency has adopted a shrunken vision of what wolf conservation is all about, failing to stick with the program until full recovery is achieved. We didn't take this easy way out in recovering the bald eagle or the American alligator, and we shouldn't do it now for wolves.

But this isn't just about wolves or eagles. Sadly, what's happening with wolves could become the new normal for federal endangered species recovery work nationwide. The premature national wolf delisting proposal signals a major shift in the conservation vision and philosophy of the U.S. Fish and Wildlife Service. Optimism seems to be disappearing, and settling for second best seems to be settling in.

Wolf recovery was on the path to become one of our nation's greatest conservation successes, but now that success is threatened because the federal government wants to wash its hands of the wolf. It's a disappointing, far cry from the vision and boldness -- the commitment to conserving our wildlife and natural resources -- that used to characterize our nation's stewardship goals.