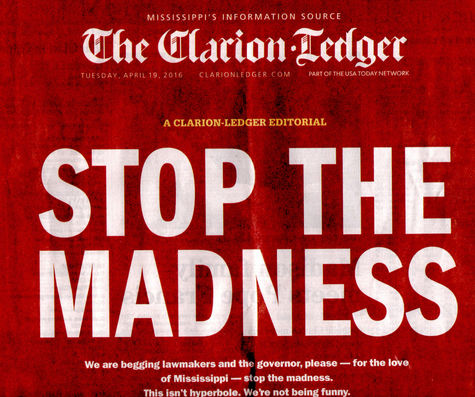 JACKSON. Ah, Mississippi! If the state didn't exist, the rest of America would have had to invent us. Whenever another state does something particularly outrageous that threatens to lead it to claiming the title of worst, Mississippi can be counted on to save it by doing something worse. After North Carolina became the target of nationwide opprobrium and boycotts because of its "bathroom bill," Mississippi enacted an even more restrictive "religious freedom" bill, in effect saying to North Carolina: "We'll see your HB 2 and lower you an HB 1523 - see if you can bottom that!"

Mississippi's current political leaders travel to the beat of a different dumber.

And they proudly refuse to let another state's officials slip beneath them.

One is reminded of Lyndon Johnson's assessment of the state on the morning after the 1964 election, in which Mississippi gave 87 percent of its votes to Barry Goldwater. "I'm sorry about Georgia," the President said to Bill Moyers. "I didn't care about the other Southern states. Louisiana's a bunch of crooks. And Mississippi is too ignorant to know any better, and Alabama's the same way. But Georgia knows better. And Georgia is a good state."

Many decent people in Mississippi are saying that the anti-LGBT law is the last straw and they will leave the state. That reaction is understandable, but it would be a tragic mistake. During the Civil Rights Movement, Mississippi officials complained about "outside agitators." But the state then also had inside agitators. It still does, and we must stay and fight for a better future.

In the early 1960s, when the courageous young activists of the Student Nonviolent Coordinating Committee determined that Greenwood and McComb, Mississippi, were two of the three most dangerous places in the country, they didn't avoid those towns; they went to them. Where would we be if the SNCC activists - or the local people who joined the Movement with them - had given up on Mississippi?

There's no denying, though, that things are very bad here now. Gov. Phil Bryant and Lt. Gov. Tate Reeves (a man who knows better and so is all the more despicable for pushing laws in which he doesn't believe in order to win higher office) are channeling the late, far-from-great Mississippi Governor Ross Barnett in pushing bigotry and general stupidity. 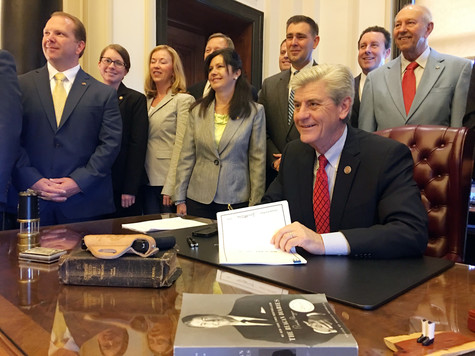 The law protecting the "right" to discriminate is only a part of an astounding array of regressive and foolish actions our state's lawmakers have taken in recent weeks. The next cut on their newly released album, presumably titled "Mississippi Republicans' Greatest Misses," was a bill allowing guns in churches. Gov. Bryant issued a photo of himself grinning as he signed the bill, with a gun sitting on top of the Bible on his desk. Usually reliable sources recounted one reaction: "Jesus wept." This legislation also allows people without gun permits to carry concealed weapons statewide.

Mississippi's Republican leaders have been blindly following the lead of Kansas Gov. Sam Brownback and former Gov. Bobby Jindal of Louisiana along the road of the conservative economic cult of cutting taxes and regulations without regard to the consequences. As a result, this state is now in dire fiscal straits. The solution, according to Lt. Gov. Reeves and other Republicans: more tax cuts! Perhaps they never comprehended the distinction between addition and subtraction.

The state's Republican rulers have steadfastly refused to accept federal Medicaid expansion. That stance is extraordinarily irresponsible, fiscally as well as morally.

Flying still above the whole mess is the state's unholy flag with the Confederate stars and bars prominent in it. And Gov. Bryant also issued a proclamation for "Confederate Heritage Month."

It has gotten so bad that the Clarion-Ledger, the state's largest newspaper, covered its entire front page recently with an editorial under a headline, in type huge enough to impress Donald Trump, reading "STOP THE MADNESS."

Lest anyone doubt that there has been great progress in Mississippi, let me cite an earlier front-page editorial in a Jackson paper. Following the Supreme Court's 1954 decision in the Brown v. Board of Education case, the Jackson Daily News ran a front-page editorial titled "Bloodstains on White Marble Steps," saying - and implicitly calling for - bloodshed across the South. 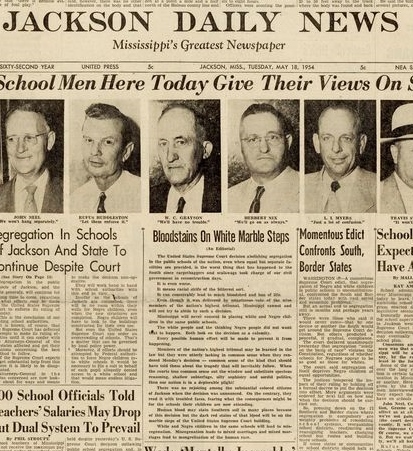 The day after the Madness editorial, state House Speaker Philip Gunn used a voice vote to perpetuate a portion of the madness by voting down the first effort at campaign finance and ethics reform the state has seen in decades. This maneuver allows Mississippi politicians to continue to spend campaign money for personal purposes without any accounting.

All of this is awful, but if we inside agitators stay, we can turn it around. Here's a striking example of how positive change can be accomplished by determined people within the state:

For more than eighty years, Natchez has had an annual "pilgrimage" to its antebellum mansions, featuring each evening a Confederate Pageant that glorified the "Lost Cause" and totally ignored the evils of slavery. Two years ago, one of our Millsaps College history majors, Madeline Iles, was chosen for the town's greatest honor: to be the pageant queen. She decided that she would not accept unless major changes were made in the pageant to show the horrors of slavery and acknowledge the Confederate defeat. Her insistence on bringing historical truth into the moonlight and magnolias fantasy that had reigned for eight decades led those running the pageant to agree to allow Madeline's father, author Greg Iles, to rewrite several of the tableaux in the production, bringing in a slave auction and other aspects of the evil institution, with such songs as "Oh, Freedom!" and "A Change Is Gonna Come" performed by African Americans. 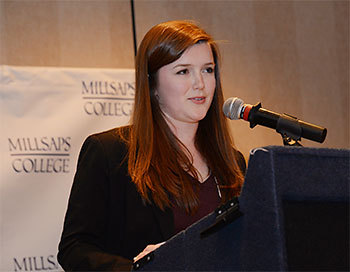 The change that came to the Natchez pageant wasn't easy, but in the end it proved to be profound - and that change was accomplished by "inside agitators."

If we (I have been agitating from inside Mississippi since my arrival in the state more than forty years ago, with only a few death threats), left the state, the forces of backwardness would continue to dominate.

If we stay and fight, we can - we will - win. The madness can be stopped.

Despite surface appearances, Mississippi is by no means beyond hope. There is so much that is wonderful about the state's cultural heritage, particularly in music and literature. I, for example, have proposed replacing the current flag and its divisive symbol of hate with one featuring a guitar, reflecting Mississippi's position as the birthplace of America's music - a heritage in which both races have participated. 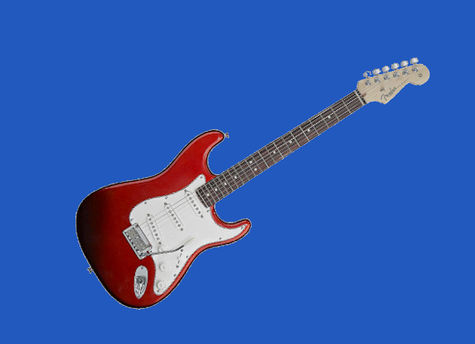 There are a large number of good white people in Mississippi. Combined with the highest percentage of African Americans in any American state, we can change our leadership and redeem Mississippi. Assuming 90 percent of African Americans would vote Democratic, if both races turned out at about the same rate, it would take only 25 percent of whites voting Democratic to turn this state blue and away from the disastrous policies currently being promoted. Distaste for Donald Trump, especially among white women, coupled with the disgracefulness of the actions by the state's Republican leaders, may have put that share of the white vote within our grasp. A recent Mason-Dixon poll found Hillary Clinton in a virtual tie with Trump in Mississippi.

This is no time for Mississippi's inside agitators to give up the fight.

Robert S. McElvaine teaches history at Millsaps College. He is the author of ten nonfiction books and has just completed a draft of a novel, "What It Feels Like..."