While defenders in the SEC Championship Game could understandably have been frustrated during the high-scoring shootout, there was no excusing the late hit by Auburn cornerback Ryan White that sent Missouri's Henry Josey sprawling into a cart parked along the sideline.

With Auburn leading 45-34 in the final minute of the third quarter, the Mizzou running back broke through the first line of the defense for a big gain. White pursued him as he veered toward the Auburn sideline. With Josey already forced out of bounds White continued to push him.

To the surprise and displeasure of many of those commenting on Twitter during the game, White was not ejected for the late hit. He was flagged for a personal foul. After a 65-yard gain on the play, Josey was briefly sidelined. CBS showed him being attended to by trainers on the sideline, who appeared to be bandaging his upper back. He would return to action as Missouri attempted to rally in the fourth quarter. 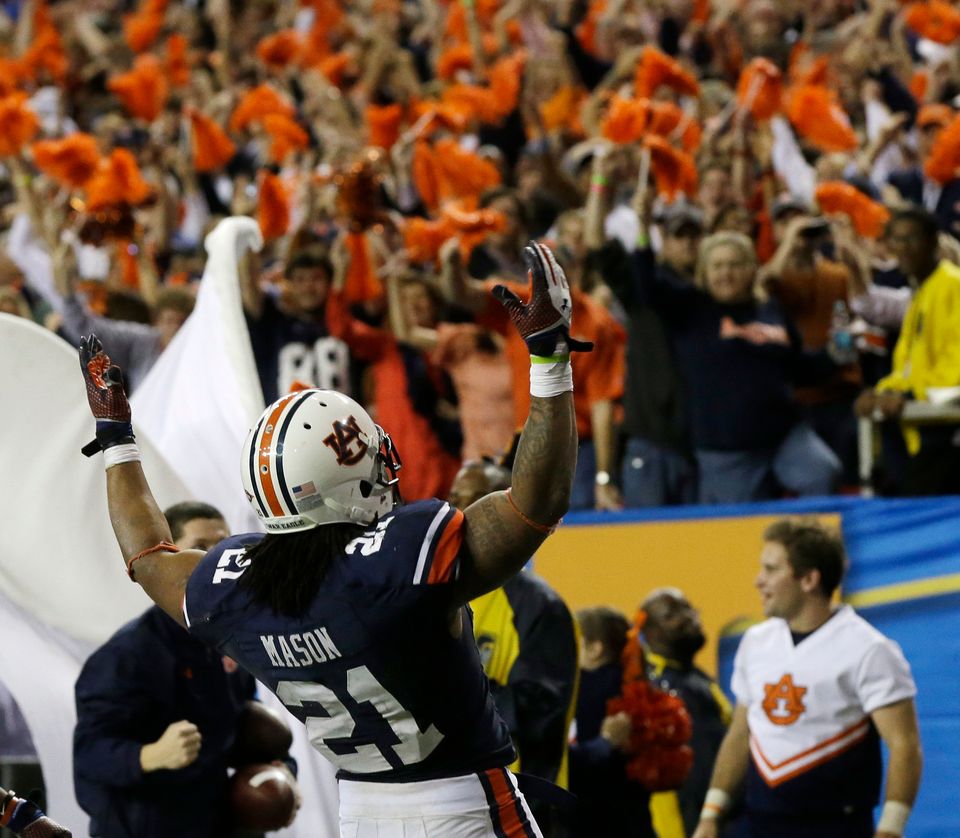 1 / 61
Auburn running back Tre Mason (21) celebrates his touchdown against Missouri during the second half of the Southeastern Conference NCAA football championship game, Saturday, Dec. 7, 2013, in Atlanta. (AP Photo/Dave Martin)
AP