You will make a mistake at work (or two or three). Here's how to clean them up gracefully, and even end up in a better position after you're done.

The One Thing Everyone Forgets

Stanford management professor Robert Sutton, whose book Good Boss, Bad Boss includes a multi-step recipe for how to deliver an effective apology, says the first thing to do is not to sugarcoat your error but to take the blame fully. Doing this helps create the illusion (and even the reality) that you're in control. Sutton has studied research on apologies showing that CEOs and managers who own up to their mistakes tend to have better reputations and perform better. So, if you screwed up while ordering supplies, don't say, "I'm sorry, the supplies are late because the shipment was delayed;" instead, try something like, "I'm sorry, I know you needed the supplies today and they're not here. I put in the order a week ago, but I should have added a week of breathing room. This was definitely my fault."

The Advice You'd Give a Toddler (But Rarely Follow Yourself)

The apology should fit the scale of the mistake. So, if you sent an email with a typo, don't go to your boss in tears; and, if you made a much more serious mistake, don't just shrug and say, "Sorry!" And no matter how big or small your gaffe, says Sutton, don't use the cop-out phrase, "I'm sorry, but..." followed by what is essentially an excuse for your screwup. According to Sutton, research shows that using the word "but" after an apology can actually work to your disadvantage, since it suggests you're just passing the buck.

The Opportunity You Should Capitalize On

Having a recovery plan is the easiest way to smooth things over with your boss quickly. If you can't offer a solution, at least present the steps you've taken to try to find one. Jack Daly, a business speaker who has managed large sales teams throughout his career, says if he has an employee who immediately follows a mistake with a way to fix it, it's a sign that she is responsible, feels accountable and can perform under pressure.

The Way to Talk About Next Time

The final steps in Sutton's apologizing playbook are not to say, "I won't let this happen again," even if you're sure you won't. Instead, explain what you've learned and communicate what you'll do differently in the future. It doesn't have to be a big production to have a real, positive impact on how your boss views you in the wake of your mistake. A simple "Next month, I'll order the supplies two weeks ahead of time," is a great way to move on.

PHOTO GALLERY
9 Things Your Boss Wishes She Could Tell You

Own OWN Empower Yourself How To Apologize 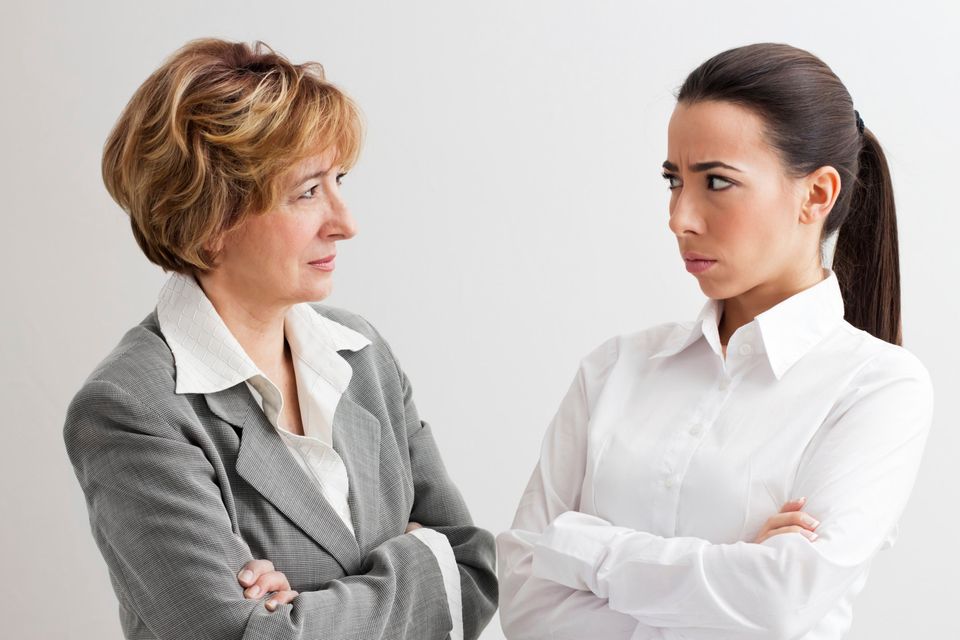 1 / 9
Number 1
<strong>"At this moment, I can tell by your eyes that you want to quit, and I also want to fire you, but let's let this moment pass and see what happens tomorrow." </strong> We all have our flickers of job frustration. Guess what? You're probably not as good at hiding your malaise as you think. Take a deep breath or 10, and don't say something you're going to regret.
Thinkstock