Great catch by HotAir: Fox News identified John McCain as a Democrat in the chyron yesterday, forcing us to question just whether this was an "error." McCain is anything but a Reagan figure among the right wing — booed at CPAC, hated by conservative pundits, seen as more liberal than Hillary Clinton (according to Ann Coulter) — and, given Roger Ailes' propensity for propaganda, we honestly have to wonder whether any Fox News mistake is a "mistake." 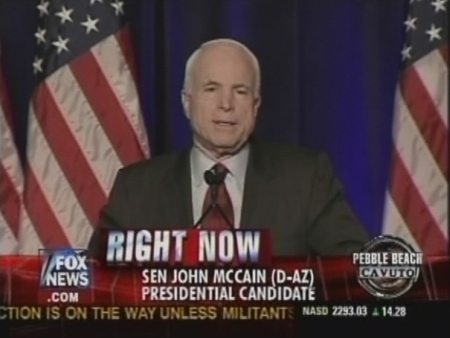