When Misty Benjamin feels upset, she need only conjure up the image of suspected mass murderer James Holmes, and she feels at ease.

The 30-year-old Aurora, Colo. resident dyed her hair orange and showed up at three of Holmes' preliminary hearings because she loves the man who allegedly shot up a theater full of people at a screening of The Dark Knight Rises on July 20, Business Insider reports.

"Tons of people are hating me because I'm deciding to be compassionate and show compassion for a person that committed a horrendous crime," she reportedly told the Daily Beast.

"When I first saw him, I was physically attracted to him," she said. "When I get upset, I look at his picture and I calm down."

She added that she doesn't think Holmes is a bad guy, but "what he did was bad."

Holmes faces more than 160 charges in the mass shooting and for allegedly setting up a series explosive traps in his home for police.

Meanwhile, a Facebook page has been set up for James Holmes fandom. It's unclear whether the site is satire, but "Holmies For James Holmes" has already enraged other Facebook users. It features photoshopped pictures of the suspect, as well as user-submitted drawings and calls for a not-guilty verdict in the case. 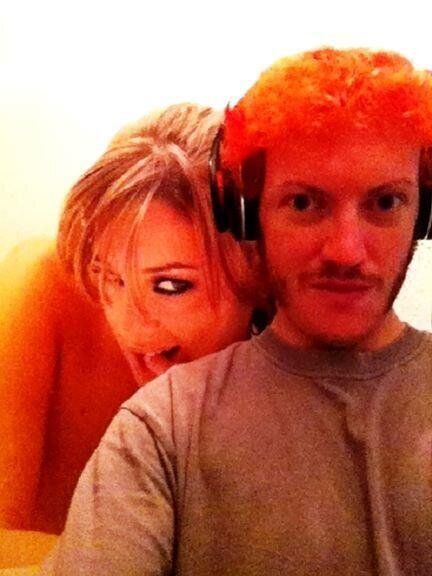 1 / 12
It's unclear what exactly is going on in most of these pictures, or whether they're satire. But they're already being criticized by other Facebook users.
Facebook