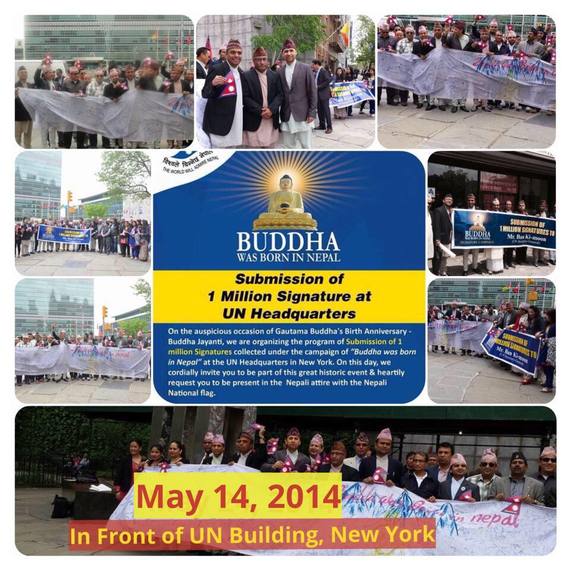 While we get closer and closer to Buddha Jayanti, Nepal Parade Day is being celebrated in the world's capital city New York while Buddha Jayanti is being celebrated in Nepal. We can't exist if our nation doesn't as what will be of our identity if state itself doesn't exist. Our major responsibility is to honor Gautam Buddha besides preserving Mt. Everest, tallest peak in the world. It is very cowardice of many Indian nationals to advertise India as a birthplace of Buddha. Their act of including India as a birthplace of Buddha in the high school curriculums is another offensive act.

Buddha was definitely born in Lumbini, Nepal. King Suddodhana, father of Buddha, was the regent of Shakya dynasty that ruled a vast territory in the region.

Lumbini is a very vibrant place today with people from all over the world travelling for pilgrimage. Besides, Bodhgaya is considered a sacred spot for those seeking ultimate peace/nirvana. There's no sense fighting for Buddha's birthplace. Seekers of truth should be able to make use of both places for the purpose of perceiving the ultimate like Buddha did.

Buddha travelled across the world meditating and seeking knowledge from the masters before attaining enlightenment. His journey was often arduous after he left the palace. He acquired knowledge from various masters in the process and ultimately while sitting under the Gaya tree in Bodhgaya, full knowledge dawned on him. 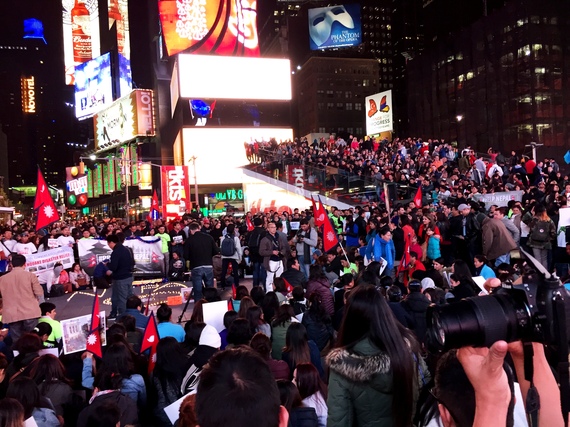 People enmeshed in worldly pleasure are not interested in self-realization.
Buddha definitely spent a lot of time in India practicing and teaching meditation techniques. He had frequent conflicts with local Brahmins, priests and puritans trying to banish him from their villages for offending him with his knowledge. Buddha like Christ and other masters moved from village to village as per the necessity with his disciples transmitting his message across India, Tibet and various parts of China.

Prem Guragain's initiative to promote Nepal as a Birthplace of Buddha has today taken Nepal to the world stage. He is an individual who loves the country, despite living abroad for so many years. He is always at front in social causes. Guragain says about Buddha, "He represents who we are." Our main duty is to establish the existence of Nepal in the international arena. Nation's economy will improve greatly, even if a Nepalese is able to bring foreigner to visit Buddha's birthplace. We need to get united at a time where followers of Buddism have failed to follow the tenets of Buddism. Our nation stands above the religion.

Nepalese community in America is divided today in different terms, whether it be in the name of politics, religion or caste. It is all just a drama.

Some say, parade must be conducted while others refuse to support us. We can never become respectable citizens if we miss this opportunity to take our nation's identity to the international stage. We have to stop playing dirty politics and start working for the welfare of our country. We do not need to be here in America if we want to play the dirty politics of Nepal. We have been here to learn and live a better life.

We must reiterate with all the music in us that earthquake hasn't made us ugly, our mountains are still standing strong. We need to show to the world that Buddha still resounds in our hearts, that we are of different caste, creed and religion but united at heart. That Himal, Terai and Pahad exists in us. Only, then can we become one as Nepal and Nepalese.

One wonders what the people who call themselves great Buddhists are doing. Buddhists weren't able to do under the importance of their religion as much as the Hindus did. Hindus have always been protective of the Buddhists. We love our nation.

We must be united to make "Nepal Parade Day" a great success. Buddha Jayanti must be a successful event too. Fighting in such tiny matters is of no use.

You are a traitor if you protest nationalism and cause social divisions. You will incur sin. We must work together for the welfare of the nation. Without the nation, we are lost. It doesn't mean anything if we have a religion but do not fight to protect it. Buddha Jayanti is a great opportunity to honor Buddha and celebrate the existence of Lumbini.

Why do Christians go to Israel? Because, it's the birthplace of Jesus. Buddhist followers are all over the world, but we can't find anyone who visit Lumbini. It doesn't show any respect or faith over Buddha and what he taught. That's why, the nation is far above any religion.

There's no need of recognition or position for those who want to serve their country.

We must think positively. We have hundreds of ways in front of us today. Let's work hard to bring one million tourists to Nepal this year. 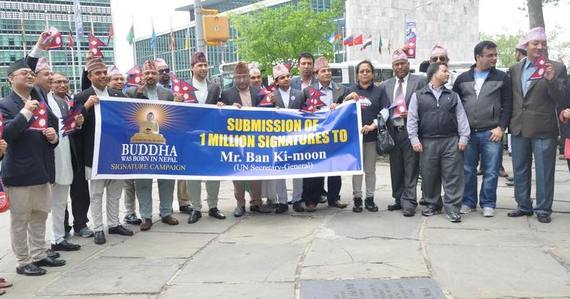