Forbes, which regularly publishes biased, misleading, and distorted opinion pieces on climate issues, has just published a remarkable one by Patrick Michaels. Michaels is well known for his regular misleading statements about climate. And while his statements are mostly worth ignoring, this one contains a particularly remarkable combination of errors and falsehoods. He accuses a variety of other people (including Justin Gillis of the New York Times) of misrepresenting data on food production and climate risks while simultaneously doing exactly that.

In this case, his misstatements are easily checked (though not, apparently, by Forbes fact-checkers) by actually looking up the real data on world food production. Here are Michaels' most grossly misleading or simply false statements:

Gillis claims that "[t]he rapid growth in farm output that defined the late 20th century has slowed" because of global warming. His own figures show this is wrong. The increasing trend in world crop yields from 1960 to 1980 is exactly the same as from 1980 to 2010. [Emphasis added.]

Did Michaels think no one would actually look at the data? Gillis is right and Michaels is wrong. Crop yields are certainly increasing, on average, as we do better and better with technology. But the trends are in the wrong direction. Very simply, from 1960 to the present, yield increases have been slowing (exactly as Gillis notes), even accounting for year-to-year variation. Figure 1 below shows both the year-to-year variability due to weather and other factors, and the declining long-term trend in yields of all cereal crops combined (rice, wheat, corn, barley, oats, rye, etc.) from around 3% per year to around 1% per year. And to be specific about Michaels' claim? From 1960 to 1980, global cereal yields grew an average of 2.5% per year, but from 1980 to 2010, they only grew 1.7% per year. These are not "exactly the same." And it is not good news. 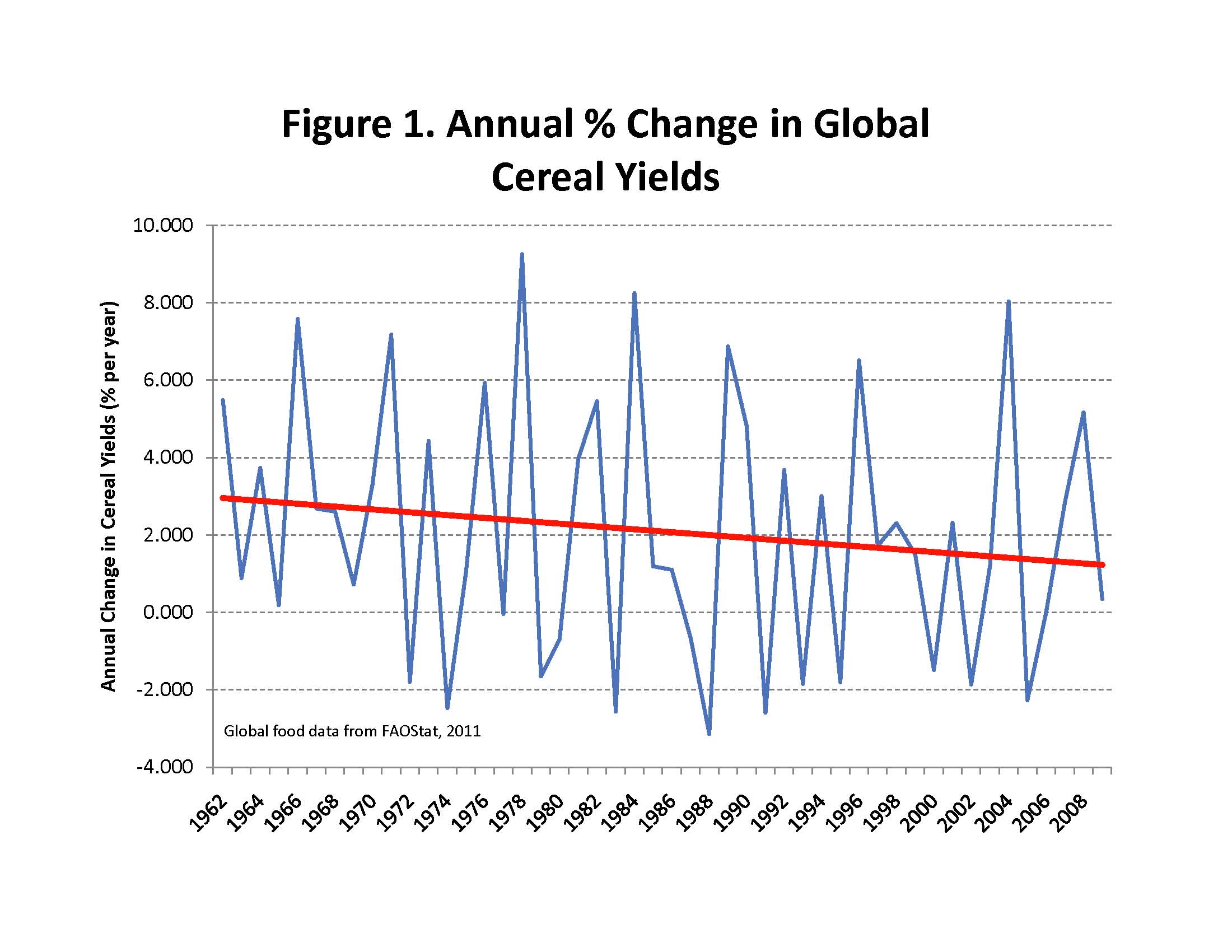 False Statement #2. Michaels states: "And per capita grain production is rising, not falling." 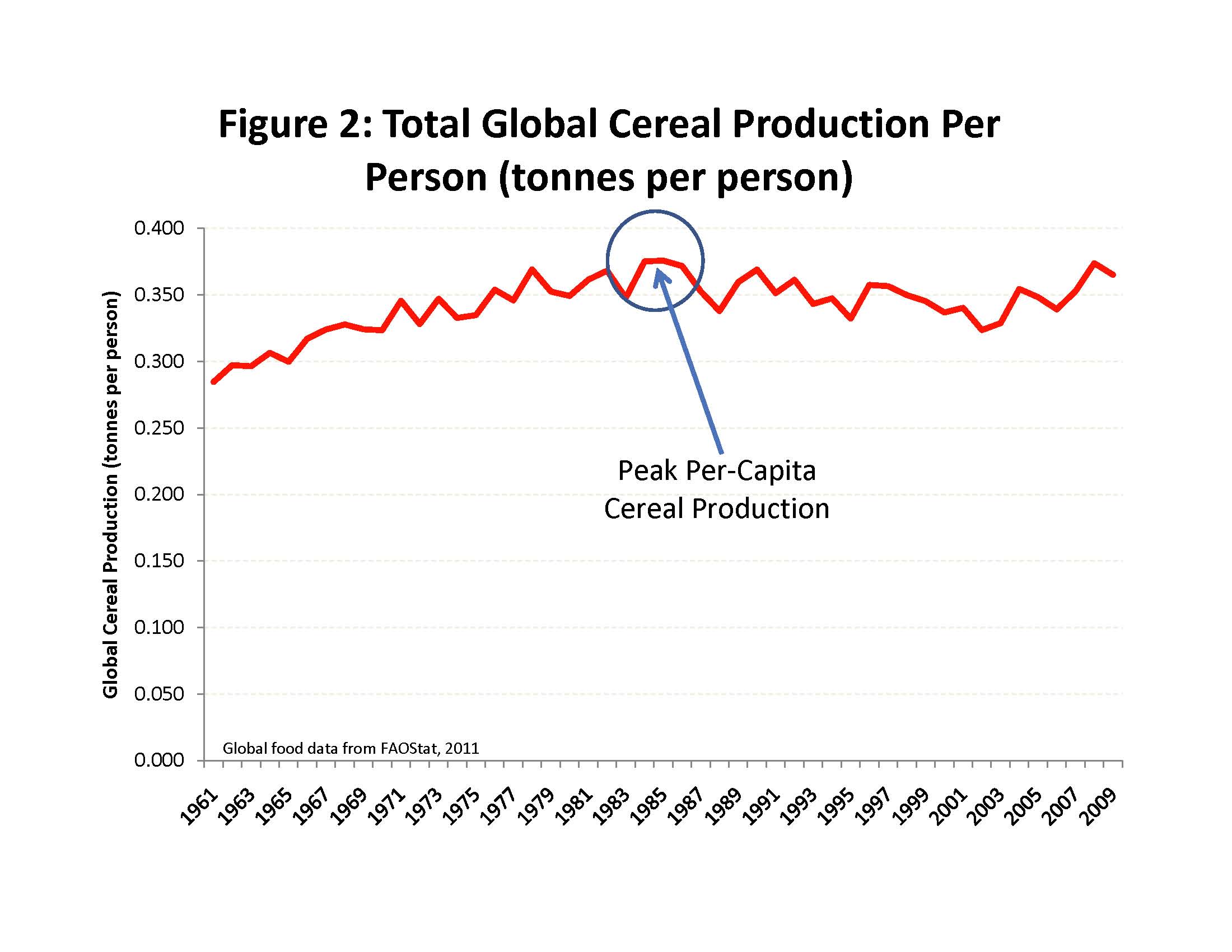 Finally, the heart of Michaels' Forbes piece seems to be that climate change will be good for food production, not bad. In his op-ed, under the title "Facts," Michaels says the following:

Here, Michaels is saying that the warming of the past century was largely responsible (even if it "didn't cause all") for increases in U.S. corn yields, life expectancy, and people's well-being (which is presumably what he means when he says "People got fat."). This isn't "fact." It is the grossest speculation and in contradiction to actual science on food and agriculture, which strongly suggests that climate changes will only make it harder and harder to bridge the already massive gap in feeding the world's population. The World Food Programme's estimates that 925 million people today go to bed hungry -- more than the combined population of the U.S., Canada, and the entire European Union. And his throwaway assumption, "with adequate water," is also a massive leap of faith, given that much of our current agricultural production already relies on unsustainable overpumping of groundwater.

Truthful statement, but not in the way Michaels means it: "I continue to be amazed at how little the facts are checked on global warming, even when writing for the so-called newspapers of record."

Well, this statement is certainly true. Alas, it applies to Michaels and Forbes.