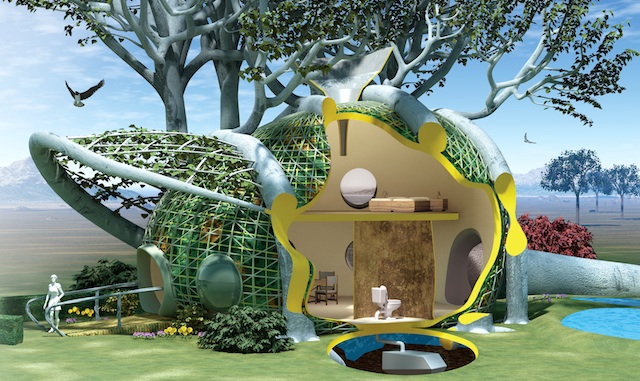 By Frances Du and Denise Lu

We recently had a chance to sit down with Mitchell Joachim, an associate professor at NYU and co-president of Terreform ONE, a nonprofit design organization based in Brooklyn that champions green design in urban areas.

After receiving his PhD at MIT, Joachim went on to become an architect at Gehry Partners and Pei Cobb Freed before parting ways to concentrate on the development of his own company. He wanted to make technological advances in design, but not at the expense of the environment. As a result, he chose to pursue biologically based architecture as his main field of work.

His innovative approach to ecological design has led to the creation of The Fab Tree Hab, which uses the centuries-old method of pleaching to create "living homes" that fit naturally into the surrounding ecosystem; the Gen2Seat, a chair created from genetically engineered bacterium, rather than conventional building materials like wood and metal, so that it is capable of naturally and safely decomposing into the earth; and Soft Cars, vehicles padded with soy-based pillows, allowing them to rub up against one another, meet head on and collide without causing injury, rendering the possibility of car accidents obsolete. 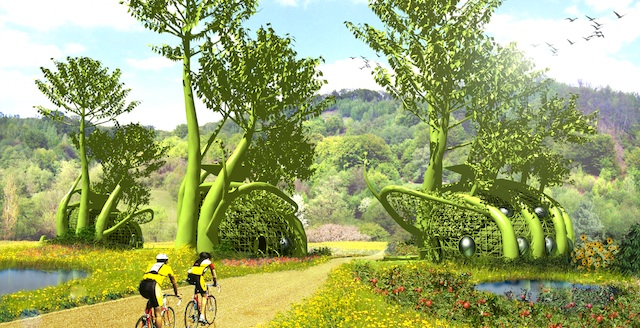 Joachim and his team's work have not gone unnoticed. He was included in Wired magazine's "2008 Smart List: 15 People the Next President Should Listen To," and was named one of "The 100 People Who are Changing America" by Rolling Stone.

Accolades aside, we wanted to hear more about Joachim and his organization's "urbaneering" projects, how these projects can potentially alter the surrounding community and why he refuses to use the word "sustainable".

Culture-ist: Can you tell us about how you became interested in developing biologically-based architecture and how that led to the formation of Terreform ONE?

Joachim: 10 years ago, while I was a doctoral student at MIT, Susan Hockfield, president of the university at the time, asked me and my classmates to come up with a solution for a building that would be incredibly sustainable -- about 300 percent more efficient than most buildings.

So I sat down with my friend Lara Greden, another doctoral student studying environmental engineering and building technology at the time, and Javier Arbona, who was pursing a doctorate in geography, to discuss a really out there solution. We said, why cut down trees with power tools and use lots of fuel to deliver these trees to a sawmill, which would create buildable components that would ultimately become a suburban house with a lifetime of only 50-100 years? 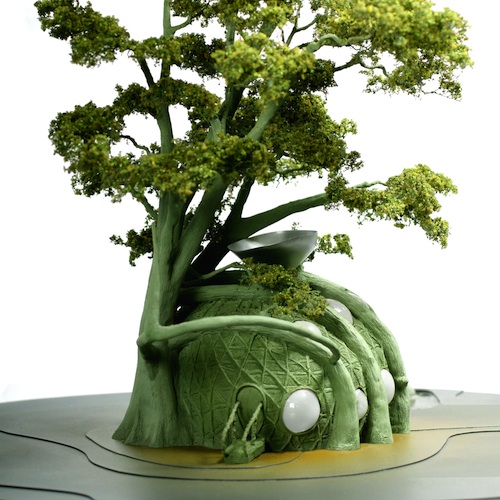 We thought it would be more practical to use trees just as they are, essentially utilizing ecosystems already in place. In our research, we saw methods that have been used for centuries, such as gardening techniques like grafting inoculated matter together to form different types of structures. We realized this could be used to produce walls and make homes with living trees without using fuel or cutting anything down.

We realized our vision was possible, so we drafted more sophisticated theories. We thought that this house could do more than just be a home for people. For example, a cherry tree doesn't just produce cherries. It can grow three other trees and produce thousands of cherries. It's a kind of culture of abundance, which can essentially be applied to other organisms that rely on the nutrients of other life forms for survival.

Our homes have that same kind of biological principle; it would have multiple uses, which is meant for other organisms beyond your standard anthropocentric means. In many cases, design is only concerned with the narrow focus of human-made demands, not the holistic composition of the planet.

I started Terreform as soon as I got my PhD after years of work at MIT. I had my own company, but decided to get formal about it. I entered a competition on future cities with several of my friends, and it turned out that we did very well.

Culture-ist: As you know, more than half of the world's population currently lives in urban areas, and over the next 20 years that number is estimated to reach 5 billion. How is your research lab responding to the demands that will be placed on these metropolises and what types of sustainable projects do you believe will be most effective in lessening the impact on the environment?

Joachim: The Fab Tree Hab is a good example of how we could potentially change the way we dwell in suburban areas in the future.

In terms of food scarcity, I believe that we can probably grow our meat using lab-created tissue.

Part of the answer is thinking about biotechnology, synthetic biology or genetics as a potential solution to the increase in population.

Before we started manufacturing, everything we had on planet earth was produced biologically. Ventricles in your heart, your fingers, trees, the world, it all comes from biology, which is now unlocking some of the systems to produce them in vitro, or rather in laboratory environments, where we can grow industrial design.

We are currently producing chairs that are being completely grown in the laboratory. Now there's a 21st century model! We are not producing chairs by manufacturing [them] in large-scale industries, and we don't necessarily produce them [through] single craftsman. We can actually grow them using a combination of both worlds, one that recognizes the delicate balance of the earth's environment.

Culture-ist: It seems like you have a number of projects going on. You mentioned the Fab Tree Hab and there's also the Stackable Car and Jetpack Packing. Can you tell us what has been the most enjoyable and rewarding project for you so far? 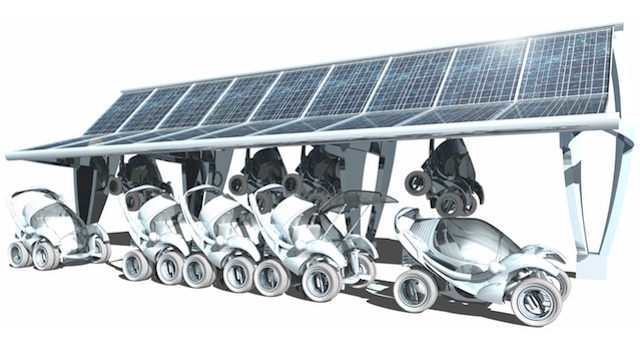 Joachim: The Soft Car project has always been exciting for us. The idea of creating a soft vehicle that will change the way we move about in cities is quite monumental. Vehicles should not be shiny, precious metal boxes of any kind. They should be designed for parking, which is what they do most of the time anyway. Bringing in moving flocks and herds of soft, intelligent vehicles connected by a self-linking network to a municipal grid will absorb the population's mobility, particularly in cities, in the future. So that's something that's still radically exciting. 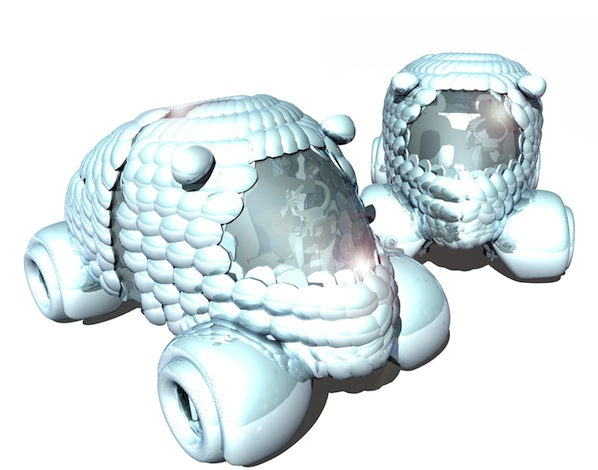 We also just finished something called the Gen2Seat, or Genetic Generation Seat, which you can learn more about here.

Culture-ist: How do you decide which communities to focus on for impending projects? And have communities or representatives reached out to you to help them with a problem that needs solving?

Joachim: We live and work in Brooklyn, and unlike Manhattan, Brooklyn has quite a bit of potential for growth. We feel the borough's problems just as much as other residents, so we work openly and freely with folks in the area. And we do it without taking private money to produce solutions in neighborhoods that are novel and unique without having to deal with the silly constraints of selfish individuals or individual corporations. 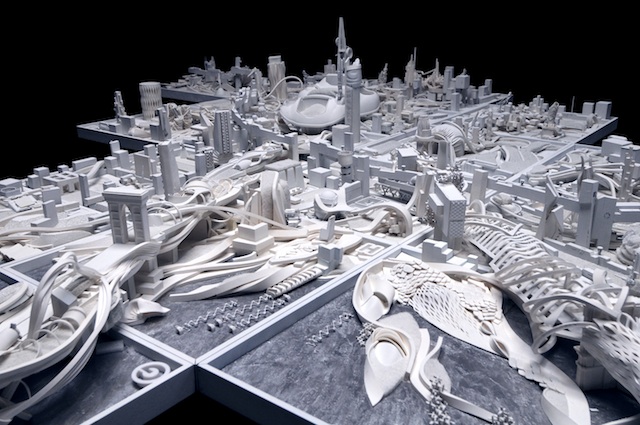 We refer to this as "urbaneering" -- it's a method of seed planning/urban designing where we bring the community and elite architectural planners to one table where they work together for months to think of a "big picture" model that encompasses the best sustainable solutions for the area.

Culture-ist: How long does it take for a project to go from research in the lab to realization?

Joachim: It typically takes about four months with approximately 40 people assigned to each project. We just finished a project that focused on Governor's Island and Red Hook that we appropriately named Governor's Hook. We worked with artists and architects on the model, which combined the best of each area. The next thing we knew, the president of Governor's Island saw it, loved it and after the model returns from a world exhibition it will be given a permanent home in a gallery on Governor's Island.

Culture-ist: You've been quoted as saying that words like "sustainability" and "efficiency" aren't words you would use to describe what you are doing. Can you explain why?

Joachim: I think I've been quoted as saying I don't like the word sustainability. It's a term, at least in the English language, specifically in America, that's not provocative enough. It's way too status quo. You don't want your favorite sports team to be "sustainable," or just good enough to play the game, but not necessarily good enough to win. That's a big difference.

It's also a confusing term. You ask 10 scientists what sustainability means and you'll get 10 separate answers. So it's really a moving target on its definition. 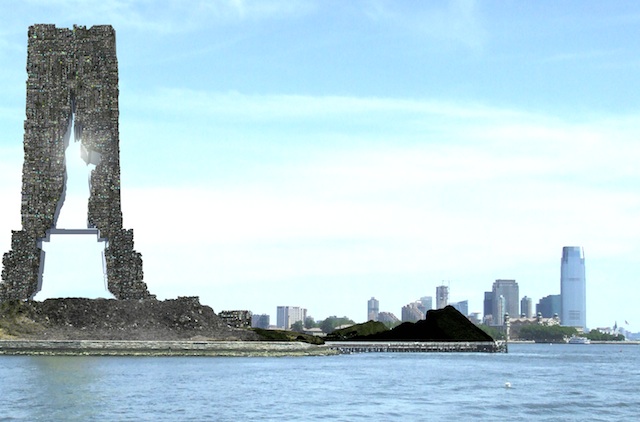 And there's been so much greenwashing and corporate co-opting of the phrase that it's become absolutely meaningless at this point. I specifically use the term "socio-ecological design." It's a mouthful, and Homer Simpson isn't going to say it every day, but socio-ecological really refers to what we do at Terreform ONE. It's about the science of ecology, and dealing with environmental issues -- and it's also about the social component, which refers to the people and policies that affect the environment. I consider it a very specific field in design, because what we do is design not economics.

Culture-ist: For critics who see some of these projects as "impractical," what do you have to say to them?

Joachim: I have no idea what they're talking about. Practical is a lump of brick. Staring outside my building in Brooklyn there's a lot of practical brick lump buildings everywhere. Practical is all good and fine, but there also needs to be some motivation and thought about how we make things in the future. So we conduct research. Research is not supposed to be practical in one sense. Instead, it should answer, or at least first create questions, identify problems and look for the missing brick among a wall of knowledge, and then find new and novel solutions. 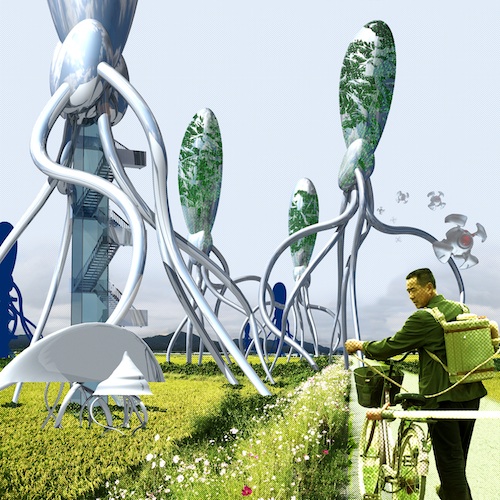 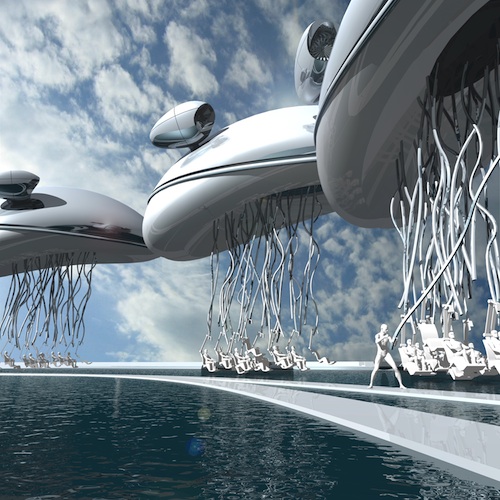