This article is part of a series in which HuffPost is taking a close look at the charitable giving of Republican presidential candidates. How much and to whom did they give? How does their giving compare with their fellow Americans? And what impact did their contributions ultimately have?

WASHINGTON -- Mitt Romney can afford to be charitable.

The richest remaining candidate in the Republican presidential field has a net worth somewhere north of $200 million. With a fortune amassed as a venture capitalist at his firm, Bain Capital, he has been generous to many community, civic and political advocacy organizations.

But the vast majority of his philanthropic contributions have gone to the Church of Jesus Christ of Latter-day Saints (LDS) in the form of the tithes required of all Mormons in good standing. The former Massachusetts lay bishop has spoken candidly about his religious faith, but his prodigious contributions to the LDS Church will do little to mollify evangelical primary voters whom polls show have a deep prejudice against electing a Mormon president.

Including another $300,000 that the couple gave to Brigham Young University, the church-run college in Provo, Utah, where Romney earned his undergraduate degree, the proportion of their giving that went to support Mormon missionary work, the upkeep of church buildings and other religious activities rises to 79 percent.

That doesn't include earlier gifts to the church or its subsidiaries.

In 1998, Romney gave BYU $1 million to create the George W. Romney Institute for Public Management in honor of his father, the Detroit auto executive and governor of Michigan who ran unsuccessfully for president in 1968. The couple also gave a total of $311,000 to the church in 2000 and 2001.

Mormons are expected to tithe 10 percent of their income to the church. During a 2002 gubernatorial debate, Romney cited the tradition of tithing, claiming he gave 13 percent of his annual gross income that year to charity. Although financial disclosure forms released in 2007 showed his worth at between $190 million and $250 million, Romney has not released income tax forms that would allow confirmation of the percentage he sets aside for charity.

In an email to HuffPost, LDS church spokesman Lyman Kirkland refused to give details of Romney's tithing, calling such contributions "personal, private matters of the individuals who make them."

But he said members typically make "contributions to church programs such as our humanitarian efforts to alleviate pain and suffering around the world, or to a fund that helps young people improve their educational opportunities and raise their standard of living. These are the types of things you would expect from a church."

David Campbell, a University of Notre Dame political scientist and co-author of “American Grace: How Religion Unites and Divides," said members are required to be a "full tithe-payer" at 10 percent of their income in order to be admitted to LDS temples, although the church doesn't conduct audits at the door. He noted that even though Mormons give a large chunk of their income to the church, it is not a "zero sum game." Mormons, he has written, give more to religious and secular causes than any other faith group.

The couple established the Ann D. and W. Mitt Romney Charitable Foundation in 1993, just as he was preparing his ill-fated bid to unseat Sen. Edward Kennedy (D-Mass.). It lay mostly dormant until 1999, when the couple deposited more than $3.6 million worth of high-tech stocks in it and began to make significant contributions.

Now known as the Tyler Charitable Foundation, it is scheduled to release its 2010 financial reports later this month.

"Mitt and Ann Romney are very involved in the community," said campaign spokesman Eric Fehrnstrom. "Some of their activity is public through their foundation, but that is not the only vehicle for their philanthropy. Their charitable giving is not something they generally talk about, but I think it's fair to say they feel an obligation to give back."

The foundation has been the Romneys' main vehicle for giving, whether to keep the lights on with a $10,000 check to a homeless shelter for veterans that couldn't pay its electric bill or to send relief to victims of Hurricane Katrina ($10,000) and the South Asia earthquake and tsunami ($25,000).

The GOP presidential hopeful has donated $127,000 in proceeds from his 2010 campaign book, “No Apology: The Case for American Greatness." Seven charities serving children, cancer and MS patients and severely wounded veterans got donations ranging from $10,000 to nearly $33,000.

The businessman-turned-politician has also foregone payment for work he did as governor and as head of the Olympics.

As head of the 2002 Winter Olympics in Salt Lake City, Romney took no salary for three years while donating $1 million to the games. Later, while he was entitled to $135,000 annually as governor of Massachusetts, he drew a salary of $1 a year for serving as the state's chief executive. And while he hasn't explicitly said so this time around, Romney vowed during his last campaign for the White House that, if elected, he would donate his $400,000 salary as president to charity.

While her husband was forgoing a paycheck, Ann Romney donated her time to a variety of causes. She has worked as a board member of New England Chapter of the MS Society to raise awareness of multiple sclerosis, the disease with which she was diagnosed in 1998, and has been a long-time supporter of the United Way of Massachusetts. She also has served as director of the Best Friends Foundation, a controversial program that promotes abstinence-only sex education for inner-city girls.

Excluding gifts to the Mormon Church and BYU, the Romney foundation typically donated a bit more than $200,000 annually to charities over the last decade. But some years the couple gave relatively little. In 2002 and 2003, they donated $75,500 and $81,200, respectively. During this same period, Romney spent more than $6 million of his own money on his successful campaign for governor, breaking previous Massachusetts records for self-funding.

Other than the $600,000 he gave to the Mormon Church that year, 2009 saw the Romneys donate a mere $31,000 to nonprofit groups. Of that, $25,000 went to the Becket Fund for Religious Liberty, a conservative legal advocacy group. Like other foundations during that time, his took a hit from the tanking economy, logging a net loss of $513,270 to end the year with $8.5 million in assets.

Romney has spread his wealth mostly to groups based in Massachusetts and Utah. In addition to gifts to his children's schools and to his own -- including $50,000 to Harvard Business School in 2004 -- Romney has favored a few specific causes:

Health care. The Romneys have given more than $100,000 to research and service organizations for multiple sclerosis, cystic fibrosis, cancer, epilepsy, Lou Gehrig's Disease and AIDS.

For the man who signed the nation's first comprehensive health care reform law, the choices have sometimes been personal. Ann's multiple sclerosis and her diagnosis in 2008 with early stage breast cancer have informed their giving. So has the plight of associates likes conservative columnist Dean Barnett. An early supporter who was Romney's driver during his 1994 Senate campaign, Barnett died of cystic fibrosis in 2008 at age 41.

Youth. The Boy Scouts of America, the Boston Scholars program for disadvantaged students and the Massachusetts Children's Trust Fund to prevent child abuse -- where Ann Romney served on the board -- all have benefited from the couple's largess. They gave $10,000 to the United Way Faith and Action Fund started by Ann Romney to help at-risk urban youth. Romney has given more than $60,000 to City Year, the Boston-based community service organization on whose board he once served.

Conservative think tanks. In 2006, two years after presiding as governor over the first state to legalize gay marriage after a ruling by the Massachusetts high court, Romney's foundation wrote a series of checks in an apparent bid to burnish his conservative credentials ahead of the 2008 presidential primaries.

The Massachusetts Family Institute, which fought same-sex marriage in the state, got $10,000. The anti-abortion rights group Massachusetts Citizens for Life was given $15,000.

Washington's right-leaning Heritage Foundation received $10,000 in 2006. So did the Federalist Society, a conservative legal group and, the next year, Citizens for Limited Taxation. Stanford's Hoover Institution, the conservative think tank that is home to the likes of Condoleezza Rice, received $25,000 in 2006.

Sports. No surprise that the man credited with saving the 2002 Winter Olympics would use his money to promote athletics.

Over the years, he has given $100,000 to Right to Play, an international group that uses sports as a developmental tool for children in disadvantaged areas of the world. His money has helped restore community baseball fields, teach sailing in Boston and support the U.S. Olympic handball team.

The Romneys also have given nearly $20,000 to the U.S. Equestrian Team Foundation. It's a cause close to the heart of Ann Romney, whose therapy to cope with MS has included horseback riding.

Since 2002, he has also given more than $30,000 to the Boys & Girls Clubs of Boston, a sum Alexandra Fuchs, who oversees fundraising for the group, called "very generous." She noted that Romney gave his first donation after visiting a club in the rundown Roxbury neighborhood, later returned as governor to speak to a roundtable of opinion leaders in Chelsea and has been among many state and local politicians who have gravitated to the organization over the years.

"They want to give back to others who have not had the opportunities they had," she said. "For someone in a political role, the mission of creating responsible citizens and leaders, I think, would resonate with someone in a leadership role in business or politics."

PHOTO GALLERY
2012 Presidential Candidates: How Charitable Are They?

Mitt Romney Gives Millions To Charity, Most To Mormon Church
2012 Presidential Candidates: How Charitable Are They? 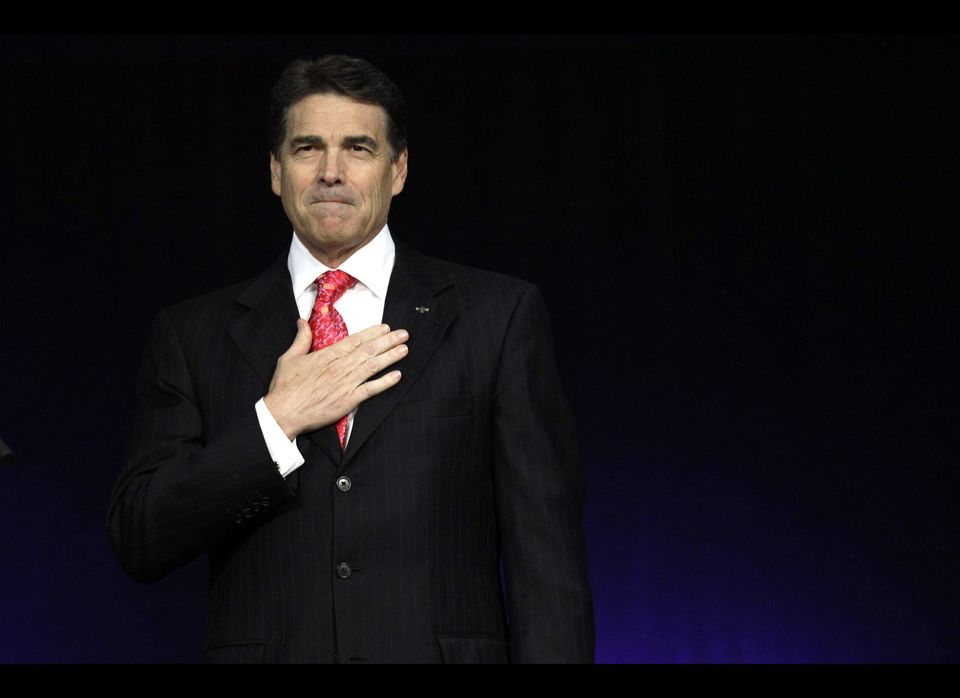