Known for his success in many facets of life, no one has ever accused Mitt Romney of being a college basketball expert.

But humbling as it may be, Romney’s NCAA tournament bracket this year is almost certainly better than yours. A Romney source passed along the former Massachusetts governor’s 2015 bracket, and it is in astoundingly strong shape.

Out of 11.57 million brackets filled out in ESPN.com’s Tournament Challenge, Romney is in 25,485th place -- good enough for the 99.98th percentile. By contrast, the famously basketball-savvy President Barack Obama sits all the way back in 6,918,578th place (the 40th percentile).

Romney’s 2015 March triumph comes three years after he declined to fill out a bracket in the midst of the 2012 campaign. "I'm not plugged in well enough this year to do that," a deferential Romney said at the time.

This year, apparently, he was plugged in well enough. 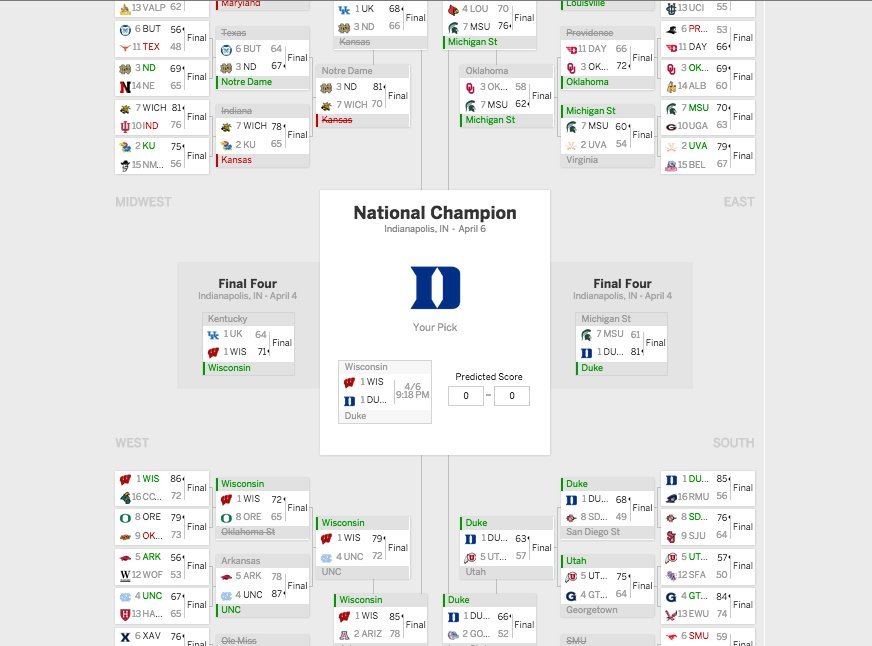 Romney picked six of the Elite Eight teams correctly, as well as the Final Four and the final game between Duke and the University of Wisconsin, which Romney plans to attend on Monday night (he was also on hand at the Final Four games on Saturday night).

And in a dramatic show of confidence, he filled out just one bracket and did not even pick a final score for the title game -- a metric that is used to settle tiebreakers. Romney was just that confident about this year’s picks.

And sorry, Badgers fans. Romney picked Duke to win it all.

Romney attended the final game in Indianapolis and tweeted shortly after its conclusion.

CORRECTION: Romney picked six of the Elite Eight teams correctly, not all eight as originally stated.