We had the occasion on Tuesday to work through some of the controversy that arose in the wake of Mitt Romney's "jobs plan," after this chart from page 16 of his offering caused consternation on the Internet. 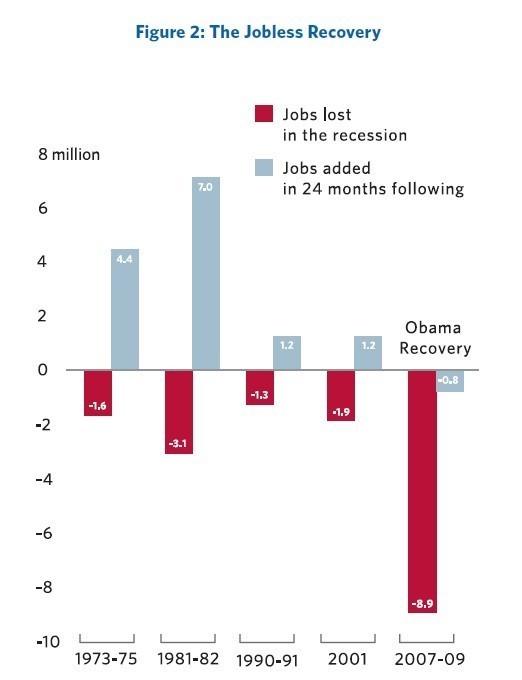 One of the things we couldn't help notice was the glib and misleading way this chart purported to tell about recessions and recovery -- in many ways that the statistics don't acknowledge, the Great Recession was a different beast than its predecessors. The way Romney explained it, it is simply part of the natural order of things that recovery follows upon job losses, and that President Barack Obama was somehow disrupting the natural processes of the economy. And on a purely pictoral level, the thing is a complete hash -- the x-axis, as represented, doesn't quite cohere with the legend. As a result, it seems to blame the Obama administration for economic events that took place prior to his presidency. (This was the primary cause of the controversy.)

But as it turns out, the statistics cited by the Romney plan are a complete hash as well. Fortunately, Political Correction is here to help:

The recession ended in June 2009, and in the subsequent 24 months the economy has gained 554,000 jobs on net. That would still stack up poorly next to some other 24-month recoveries from less severe recessions, but that's not because the private sector isn't creating jobs; it's because a half-million public-sector layoffs over the same two years hide the one million new private-sector jobs that have actually been created in the "Obama Recovery." 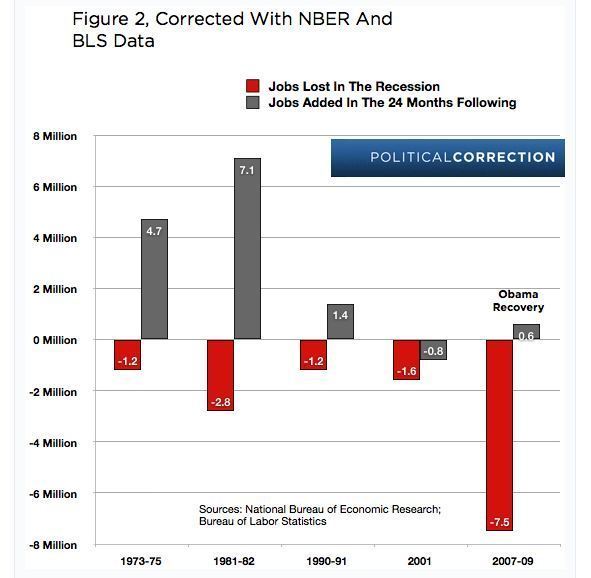 Hope that helps! For a chart that accounts for private-sector job creation and for further amplifications and sourcing, click here and read the whole thing.

Previously, on The Huffington Post:
Mitt Romney's Charts And Graphs Roil The Internet