Mitt Romney has himself to thank for his growing reputation as an out-of-touch rich guy. Saying you enjoy firing people, don't worry about the poor and that $360,000 isn't a lot of money, goes well beyond the somewhat understandable gaffes every politician falls prey to.

That of course, doesn't mean that the Internet isn't ready and willing to help you dig yourself an even deeper hole.

It took us a while to determine that this was a photoshop spoof and not some lucky photographer's brilliant catch, as the Democratic Underground poster who made it did a fantastic job. But if you take a look at the original photo, you'll see that the little boy with glasses was wearing the O shirt. 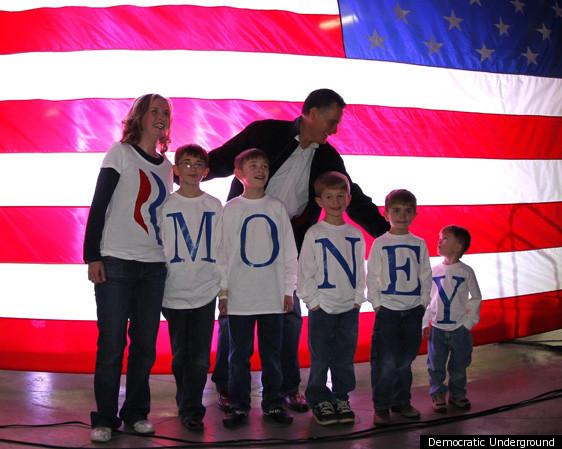