Mitt Romney, in Denver to prepare for Wednesday's debate, stopped in at a Chipotle on Tuesday. He was joined by Sen. Rob Portman (R-Ohio), who is playing President Barack Obama in Romney's debate prep.

Romney ordered a burrito bowl with with black beans, pork, guacamole and pico de gallo, according to a pool report.

"I usually get the burrito. I think I'll go for the bowl today. That's a good idea," he told the pool upon entering the restaurant. 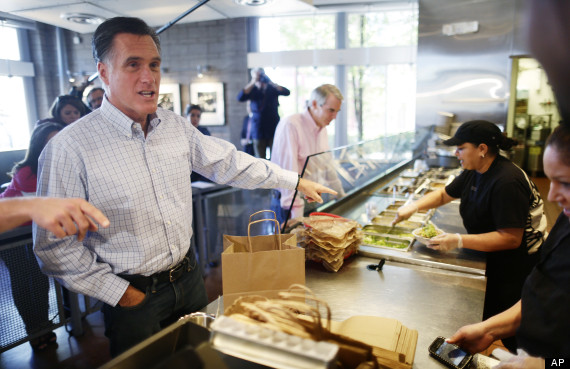 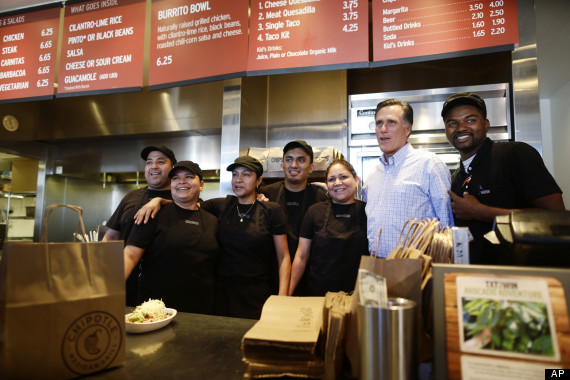 CORRECTION: A previous version of this story, citing a pool report, reported that Romney ordered a burrito. The Denver Post, sourcing a manager at the Chipotle, reports that he ordered two burrito bowls.