With the stroke of a pen, Mitt Romney could slow the advance of embryonic stem cell research that has the potential to bring cures to ailments including diabetes, Alzheimer's disease and amyotrophic lateral sclerosis.

Scientists believe embryonic stem cells could someday be used to repair practically any human tissue. One thing they can't remedy is the dispute about the ethics of the research, which destroys human embryos in the process of deriving the cells. President George W. Bush allowed limited federal funding for embryonic stem cell research in 2001, but scientists complained his restrictions were preventing them from moving forward. In 2009, President Barack Obama relaxed the rules and funded new projects across the country.

The only thing preventing the funding from being cut off is Obama's executive order, which Romney could unilaterally revoke if he were elected president. Right-to-life activists are likely to pressure him to do so.

"We're in a much better place now under the Obama policy, and it would be very disruptive to go back," said George Daley, the director of the Stem Cell Transplantation Program at Children's Hospital Boston and professor at the Harvard Stem Cell Institute.

Congress passed legislation twice to give the funding protection under the law but Bush vetoed the bills. Lawmakers, including Sen. Tom Harkin (D-Iowa) and Rep. Diana DeGette (D-Colo.), introduced similar bills during Obama's term in office but Congress has yet to act on the measures. In the meantime, Obama's policy nearly was up-ended in 2010 by a lawsuit that was eventually decided in his favor.

"One would hope that Gov. Romney would not pick a fight that's going to consume a lot of time, potentially hand him a loss and not actually advance what his primary agenda is, which as I understand it, is economic," Goldstein said. "It would get a lot of folks riled up, myself included. We would fight back."

Making a quick and decisive change to Obama's policy on embryonic stem cell research would be one way for Romney to reward wary abortion-rights opponents for their support, said Jonathan Moreno, a professor at the University of Pennsylvania's Department of Medical Ethics and Health Policy and a part-time adviser to Obama's Presidential Commission for the Study of Bioethical Issues.

"This is an easy thing to give them, so I don't think there's any question that he will do that," Moreno said.

One anti-abortion rights activist said while Romney hasn't promised to revoke Obama's executive order, it's definitely what they want him to do.

"We would like to see the 2009 Obama policy to fund the destruction of human embryos for research rescinded," Carrie Gordon Earll, senior director of Issues Analysis for CitizenLink, an affiliate of Focus on the Family, wrote in an email to The Huffington Post. "I wouldn't be surprised if he rescinds it but have not heard him say that he would."

Romney has said his stance on embryonic stem cell research is inextricably tied to his views on abortion. In 2004 as governor of Massachusetts, Romney had to consider his position on legislation that would have permitted the cloning of human embryos for medical research. Romney later said his decision to oppose it led to the reversal of his support of abortion rights.

Romney campaign spokeswoman Andrea Saul didn't respond to emails requesting comment, but the campaign did provide a statement to the Milwaukee Journal Sentinel last month that affirmed that position. "Federal funding should be limited to research involving adult stem cells or alternate methods," the campaign told the newspaper, in part.

Adult stem cell research predates experiments using human embryos and has already led to the development of therapies such as the procedure NFL quarterback Peyton Manning underwent to treat his injured neck last year. And scientists like Shinya Yamanaka, who won a Nobel Prize for his work in the field, are creating so-called induced pluripotent stem cells (IPS) -- which could be as powerful as embryonic stem cells -- without destroying any embryos.

Romney's position -- that the federal government should only fund research that doesn't involve embryos -- is based on a misunderstanding of stem cells and of how science works, Goldstein said.

"Had human embryonic stem cell research not been pursued, it is very likely that Yamanaka would not have been able to develop his reprogramming methods with human IPS cells," Goldstein said. Studies in one area inform studies in the others, and if the goal is to develop cures to diseases like ALS, the government shouldn't kneecap scientists, he said.

Some states, like California, finance some embryonic stem cell studies and a few private companies are doing research but those alternatives are no substitute for the resources the federal government can provide, Moreno said.

"If they stop those grants, then that work will stop because there is no -- zero -- private funding for stem cells because it's too speculative. And much of the state funding, such as it is, is already committed," he said.

Goldstein believes the scientific community has a bigger worry than the policy on embryonic stem cell research: The National Institutes of Health's budget has been stagnant for several years and faces deep cuts, along with all discretionary spending under the types of budgets authored by Rep. Paul Ryan (Wis.), Romney's running mate.

"The United States doesn't invest enough in science and technology," Goldstein said. "Ryan's thoughts about this are completely neanderthal." 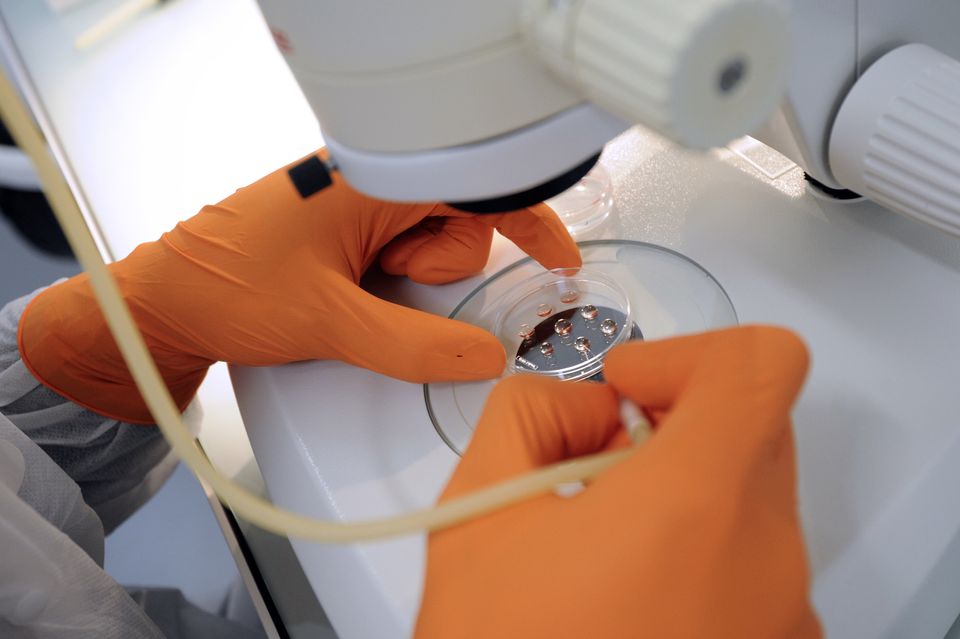 1 / 10
Stem Cell Research
In 2007, Romney <a href="https://www.huffpost.com/entry/mitt-romney-divestment-pledge_n_1249118">held between $100,000 and $250,000 worth of shares in Novo Nordisk</a>, a Danish pharmaceutical company that engages in limited use of stem cells for research. He sold the stock in 2010. His trust also made investments in Fresenius Medical Care, a German firm that has also done stem cell research. Romney <a href="http://www.nytimes.com/2007/06/15/us/politics/15romney.html">has supported stem cell research in the past</a>, but today he opposes any use of human embryonic stem cells for research into diseases and other medical issues because the work could destroy viable human embryos.
Getty Images