According to reports from journalists on the scene, the GOP presidential candidate's campaign bus showed up at the location of President Barack Obama's scheduled campaign speech in Cleveland, Ohio, and proceeded to taunt his supporters.

The bus reportedly circled and honked at the crowd waiting for Obama. The crowd, in turn, jeered back.

Some tweets from the scene:

The Romney bus is now circling the event space and honking. Obama supporters in line jeer. 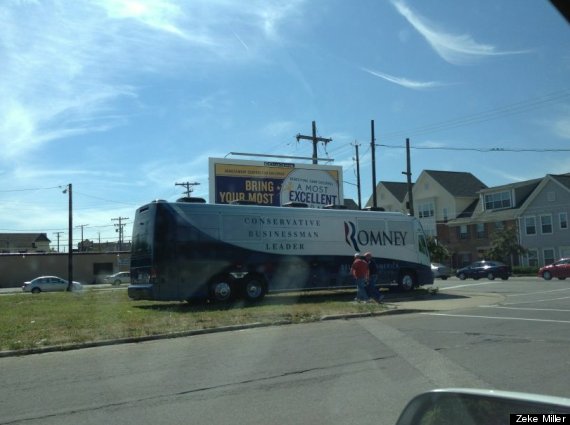 If campaigns are a reflection of their candidates, what do the Romney campaign's antics say about @MittRomney? #notaleader

Obama is giving a major speech at Cuyahoga Community College, where he is expected to present his economic vision for the country.

The former governor of Massachusetts is also giving a speech on the economy in the battleground state.