Miuccia Prada was born into a fashion dynasty -- her grandfather, Mario Prada, started the wildly-popular luxury label Prada in the early 1900's. Clearly, designing is in her blood, as Miuccia went on to work in the family biz and eventually created Miu Miu, a less expensive ready-to-wear line inspired by her wardrobe. To this day, Miu Miu is one of the most anticipated shows at Fashion Week, and the designer has since been honored with the Council of Fashion Designers of America International Award.

In celebration of Prada's 64th birthday (on May 10), we are taking a look back at an old photograph of the designer. In this '90s snapshot, we see her taking a walk at the end of her runway show in New York City. Behind her you can see two of the biggest supermodels of all time, Linda Evangelista and Kate Moss, clad in mary-janes and light-colored dresses. The designer is wearing an ensemble that very much fits the aesthetic of her collection -- a pink, sheer dress with black tights, an outfit that's as simple and understated as the designer herself. 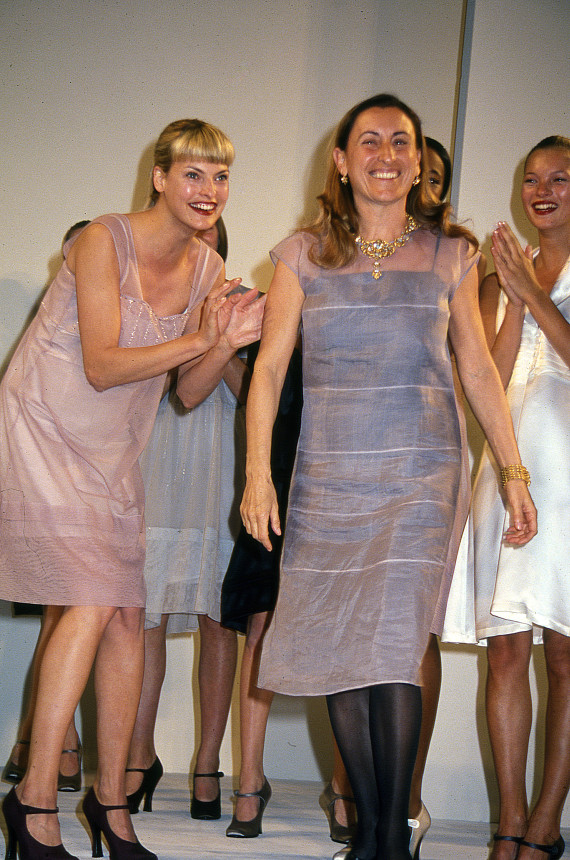