Before I married Simon, I thought I was being savvy by identifying which land mines would most likely contribute to our potential divorce.

Money was a big one. He came from a family that could buy a Lexus with straight cash and I came from a family that went into credit card debt so I could go to UC Berkeley. Religion was another. When Simon told his father he intended to propose, he got a big talk about the importance of raising our non-existent children to be secular Jews (I'm Christian). When we got engaged, my parents asked their pastor whether Jews go to heaven (they do, because they have their own deal with God, so phew...). There was also the race factor -- which is actually not a big deal in minority-majority California and has so far produced only playful mock-fights over whether I can name any of my future sons Jose, Andres or Emilio after the fathers of the Filipino revolution.

But after almost three years of marriage, coming from different economic backgrounds and being a mixed-race, mixed-faith couple isn't what is producing the majority of our fights.

Instead, it's a subject that no one prepared us for: my weight.

It's a relief to know that other mixed-weight couples are going through the same things we are. Last week, Al Roker wrote about his own mixed-weight marriage and included just one direction for the skinny person in the relationship: "Shut up."

I read his post and identified immediately with his frustration, but I did think his advice was a little extreme. Shut up? The key to marriage is communication -- even about tough subjects. But before I could get all the way up on my high horse, Simon reminded me that I had laid down the exact same rules just a few months ago when it came to his comments about my weight, diet or exercise. Whoops.

Like many people who struggle with their weight, I've been dieting, losing weight and gaining weight since my early teens. I was 14 when I spotted my first stretch marks -- angry red lines where my arms met my back -- and throughout high school and college my weight would swing up and down depending on what was happening that semester. Before our wedding I managed to get down to 144 pounds, which was still overweight for my frame, but I had a waist and I was glowing, so I was happy that day. 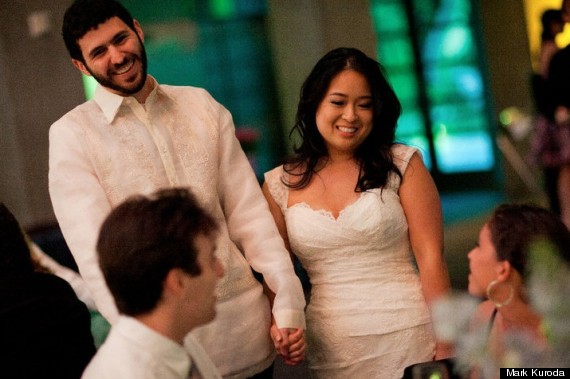 Now, at five-foot-one and 175 pounds, I am obese, according to the BMI chart. I'm short and stocky and apple-bodied and endomorphic and always will be. Simon, at 6 feet, struggles to maintain 165 pounds. He has the body of a runway model: jutting hip bones, long, elegant legs and the slenderest ankles and wrists. Absolutely anything can make him accidentally lose 10 pounds: a long cold, the month he started using a standing desk, the time he tried to take up jogging.

Simon bit his lip for a long time when my weight started exploding in 2011. We were both working long hours and getting takeout for dinner a lot. On the weekends, we met up with friends at restaurants and enjoyed big Buca di Beppo dinners with his family. Of course, nothing about our lifestyle was showing on Simon's body, but it was wreaking havoc on mine. I got stretch marks on my stomach and I'd never even been pregnant. The clothes I had bought during a triumphant shopping spree before the wedding no longer fit. The honeymoon was definitely over and so was my strict diet and exercise regimen. Two and a half years post-wedding, I was the largest I'd ever been -- and it was starting to get to Simon.

For a while, our fights went something like this: we'd go out to a nice dinner, enjoy food and wine, and then we would read the dessert menu.

Simon: You know, not every meal has to be a special meal.

I'm probably being unfair here. In fact, I know I'm being unfair. Because for every time Simon has accidentally made me feel like shit about what I eat in public, there is another time I've convinced him that spending money on Weight Watchers or a gym membership or NutriSystem or a personal trainer or an Atkins book or a spinning class package would put an end to my complaints about my weight. For every time Simon has nagged about carb counts, I've seized draconian control over our grocery list and what we put in our mouths. Farmer's market vegetables every week! Every meal must be 40 percent protein! No more supermarket sushi!

Sometimes he teased me about the "enormous sacrifice" he was making because we didn't have any junk food or chocolate in the house because of whatever diet I was on at the time. I'd roll my eyes at his theatrics.

But little did he know that for a while last year, I would go to Target on the days I knew he wouldn't be home until late. I'd buy a pint of Ben & Jerry's Phish Food, finish it before he came home and then throw the trash in the dumpster. It felt like cheating -- especially when I would act astonished, just astonished! -- when another week of dieting would result in a net gain. He was carrying my pain with me when I hit roadblock after roadblock, but I was never completely truthful with him about the steps I was (and wasn't) taking to reach my goal.

Eventually the half-truths and disappointment were too much to bear, and in late 2012 I decided that enough was enough. Now, I didn't have the kind of breakthrough Al Roker had (he described his point of no return as "it clicked for me"). Instead, I decided I was over all the dieting and bingeing drama, that I loved our life together, I loved my job and myself and I was happy. If I lost weight, great. If I stayed heavy, so be it. That led to our worst fight ever over my weight.

"Why?" I asked. "Why do I have to try?" Because. Because my doctor wants me to lose weight. Because obesity is linked to a lot of diseases. Because my Dad is pre-diabetic. Because being fat makes future conception and pregnancy difficult. Because he loves me and he doesn't want to see me unhappy anymore.

I knew all these things, but I still flew into a sobbing rage and walked out of the apartment -- an alarming escalation of our usually quiet and weepy fights.

"If you can't accept me for who I am, then you'd better get yourself a mistress," I spat at him before I left. I drove to the nearby Pavilions and cried in the parking lot. I called my mom and she prayed with me over the phone, asking God to strengthen my marriage. Looking back, I was a real drama queen!

We ended the fight by "compromising," (ha) which for now means I forbid him to ever mention my weight, dieting or exercise again.

It seems extreme, but just like in Al Roker's relationship, Simon's silence is helping to heal this sore spot in our marriage. I no longer turn to him for understanding on this subject. Why should I? He has no idea what it's like to feel like a failure on the scale or to feel hungry at night because all your calories are used up for the day.

For empathy, I turn to the Reddit.com LoseIt community, which is a forum for people of all sizes who are in the process of shedding pounds (and posting very motivating before-and-after pictures, to boot).

For his part, Simon's learned that even his sweetest, gentlest words about my health are infuriating to me, and that his actions are what counts. I feel really happy when he goes on hikes with me on the weekends, or when he makes a healthy dinner once a week. He knows to no longer comment on what I'm eating in public or when we're with friends, and I've stopped acting like less of a drug addict when it comes to food. That means no more secret eating. I write everything down, even when I have a bad day, and I try to view my healthy eating as the new normal, not a temporary phase that I can just burn through and put behind me once I reach my goal weight.

I'm not sure how long I'll last on my latest health run. I've had, after all, about a dozen. I feel pretty strong right now, but then again it's only one month into the new year. The only thing I know for sure in my race to lose weight is that I need to start seeing Simon for who he really is: someone on the sidelines, holding a big handmade sign above his head and screaming my name at the top of his lungs. 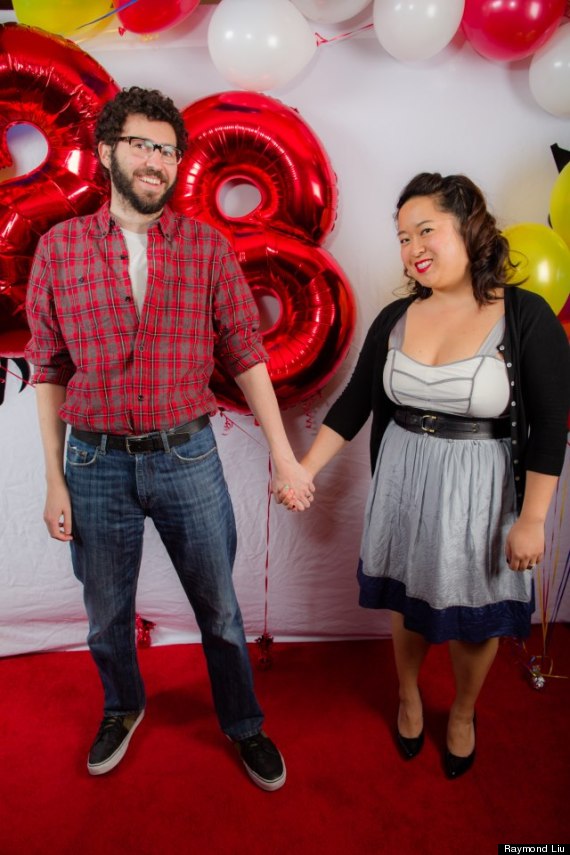 UPDATE: I joined a group discussion about the issue on HuffPost Live. Check it out!

Below, tips from people who know how to lose weight.

How I Made My Weight Loss Resolution Stick