Andruw Jones certainly started his career with a bang. After signing with Atlanta in 1993 as an amateur free agent, the center fielder made his debut with the Braves in 1996. Appearing in just 31 games, the teenager managed to hit five homers and drive in 13 runs as the Braves won the NL East.

But when it came to the postseason, that's where Jones made a name for himself.

Although he didn't do much in the division series against the Dodgers, the 19-year-old made history in the National League Championship Series and World Series.

Playing against St. Louis in the NLCS, Jones scored three runs and belted a homer to become the youngest player ever to go deep in a postseason. In the World Series against the New York Yankees, Jones became the fourth rookie ever to hit two home runs in the same game.

Check out some of the other memorable moments that happened on October 20.

(ALL CAPTIONS VIA NATIONAL PASTIME - Story Continues Below Slideshow)

1910 Pitching with one day of rest, A's starter Jack Coombs throws a six-hit complete game beating the Cubs, 12-5, to give Philadelphia a commanding 3-0 lead in the World Series. 'Colby Jack' collects three hits and drives in three runs in the West Side Park contest.

1931 Frankie Frisch‚ known as the Fordam Flash, is selected as the National League's Most Valuable Player. The Cardinals' second baseman ( .311, 4 , 82) is the on-field leader of the World Champion Redbirds.

1982 The Brewers, playing in their first World Series, are unable to hold on to a 3-1 lead in Game 7, when the Cardinals, thanks to Keith Hernandez's two-run sixth inning single, beats Milwaukee, 6-3. It’s the Redbirds world championship since 1967.

1993 Calling balls and strikes during Game 4 at Philadelphia’s Veteran Stadium, Charlie Williams becomes the first black umpire to work home plate during a World Series. The game becomes memorable as the Blue Jays win the 15-14 marathon which takes a record four hours and 14 minutes to complete. 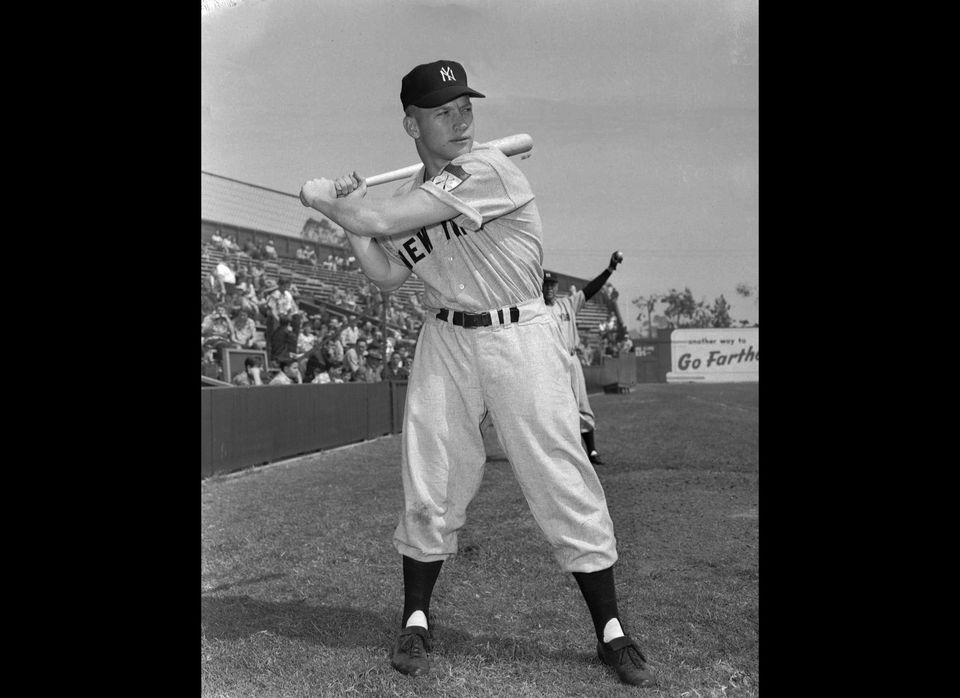 1 / 6
1931
Mickey Mantle, the 'Commerce Comet' is born in Spavinaw, Oklahoma. The newborn's dad names his son after Mickey Cochrane not realizing the major leaguer catcher's real name is not Mickey but Gordon. The future Yankee outfielder is glad his father was not aware of this fact.
AP