As Major League Baseball's annual non-waiver trade deadline approaches, teams need to recall not only the axiom caveat emptor but also caveat venditor. While a team's short-term postseason hopes can be dashed by trading for the wrong piece during the season, a team's long-term potential could be limited by dealing away a prospect poised to blossom into a superstar.

Teams dealing prospects for proven players at either the non-waiver trade deadline or the waiver deadline must sometimes weigh the balance between having a 36-year-old workhorse pitcher ready to contribute during a heated pennant chase or the future returns of an unproven 20-year-old in just his second season of professional ball who might eventually deliver. In 1987, the Detroit Tigers opted to trade potential for the present, acquiring Doyle Alexander from the Atlanta Braves for a young homegrown righty who had pitched to a 7-8 record in Single-A in his first campaign. Alexander went 9-0 in 11 starts after arriving in Motown to help the Tigers to a first-place finish in the AL East. That young righty? He was a product of Waverly High School in Lansing, Mich., named John Smoltz.

Perhaps the Tigers can rest easier knowing that they are hardly the only team to ship out a future star during the season. To the Tigers' credit, Alexander actually did produce during his short stint in Detroit. This makes him a far better pickup than pitcher Larry Andersen was for the Boston Red Sox late in the 1990 season. The 37-year-old veteran was shipped up to Boston from Houston at the waiver deadline in exchange for a player yet to reach the majors named Jeff Bagwell. Baggs would be named the NL's Rookie Of The Year in 1991, NL MVP in 1994 and would retire after 15 seasons with the Astros.

In 2011, the San Francisco Giants shopped pitching prospect Zack Wheeler in hopes of adding a bat to help them repeat as World Series champions. In a deal shortly before the non-waiver deadline that season, the New York Mets sent Carlos Beltran (no stranger to in-season moves) west in return for the No. 6 selection in the 2009 MLB Draft. Two seasons later, Wheeler was an up-and-coming talent in Queens while Beltran was an All-Star in St. Louis. Even with Beltran in the lineup, the Giants failed to reach the postseason in 2011. Thanks in part to some more aggressive in-season maneuvering by general manager Brian Sabean, they did reclaim the Commissioner's Trophy in 2012. New York can only hope that mere mention of Wheeler's name will one day elicit lamentations in San Francisco the way that Smoltz still does in Detroit.

From Smoltz and Biggio to Curt Schilling and Sammy Sosa, here are several of the players who were dealt at the trading deadline who went on to become stars.

Correction: A previous version of this story incorrectly said John Smoltz was a left-handed pitcher. 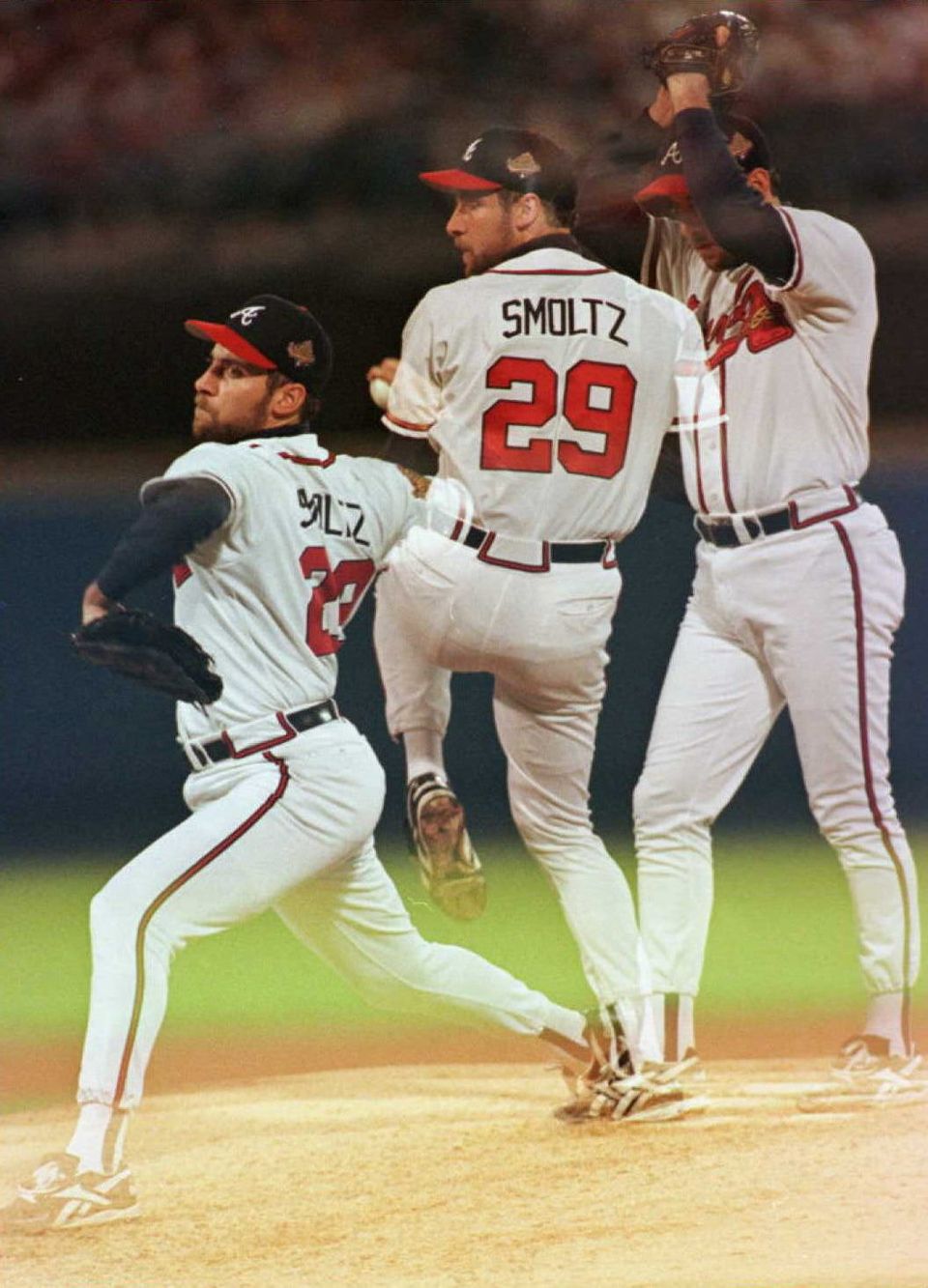