This piece comes to us from Harold Pollack, a professor at the University of Chicago and a writer at the blog SameFacts.com.

I wonder what Dr. Martin Luther King, Jr. would think about the current health reform debate. OK, I don’t really wonder. Here, for example, are his comments, apparently made here in Chicago:

"Of all the forms of inequality, injustice in health care is the most shocking and inhumane."

Martin Luther King supported health care as a human right. He also knew how far we had to go as a nation in making that right a reality.

King was the energizing force behind the Southern Christian Leadership Conference (SCLC). I suspect he would be both ashamed and unsurprised to see his home region so resistant to the basic expansion of health insurance coverage to Americans with incomes below the poverty line. To some extent, the extent of southern resistance is obscured by maps such as this one, that display which states have rejected the Medicaid expansion around the country: 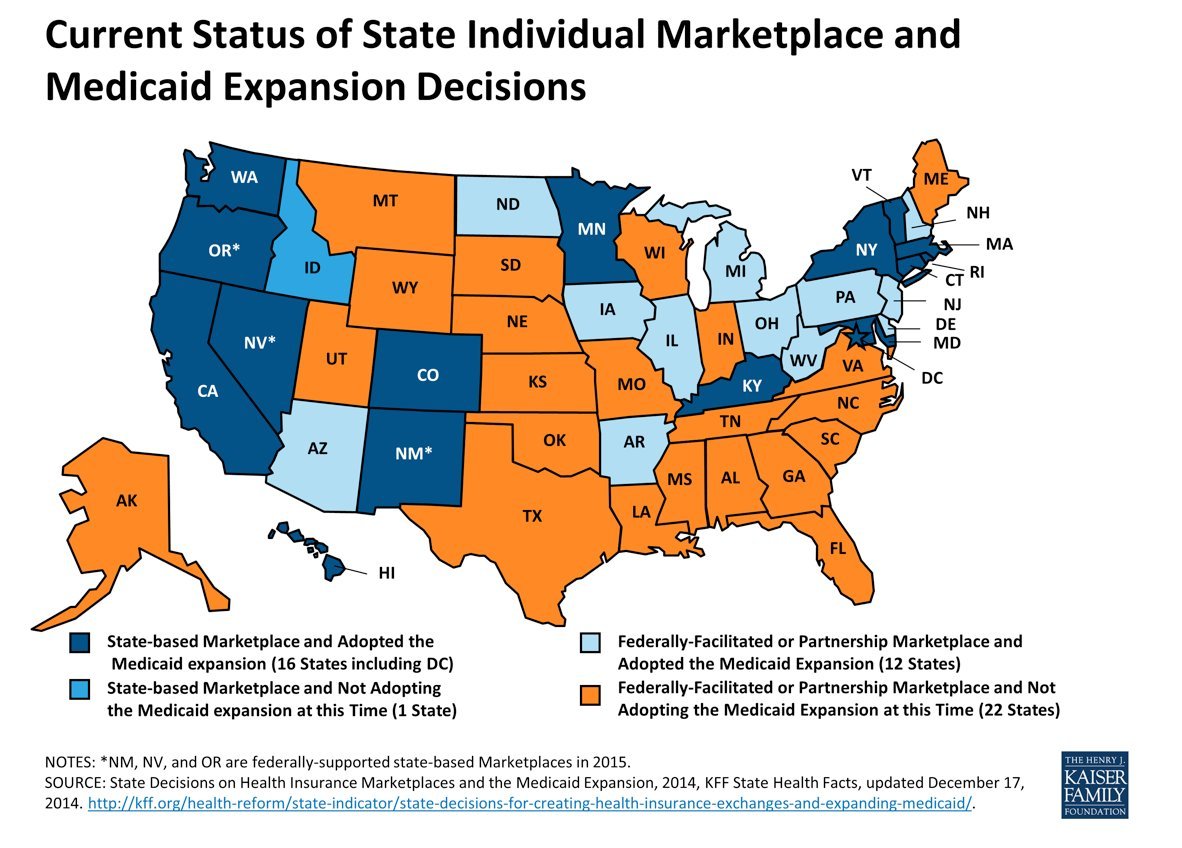 Many of the shaded states such as Wyoming and Montana are huge but sparsely populated. Others such as Wisconsin have small populations left uncovered for other reasons.

Harvard post-doctoral researcher Laura Yasaitis is an expert at drawing different kinds of maps. At my request, she made me a map in which the size of every state was proportional to the number of people who landed in the “Medicaid gap.” (She couldn’t quite do that, since states such as California and New York would simply vanish. We drew each of these states as if they had shut out 2,000 state residents instead of zero.)

When we did all that, here’s what the U.S. map would look like if it were scaled by the number of affected people in each state: 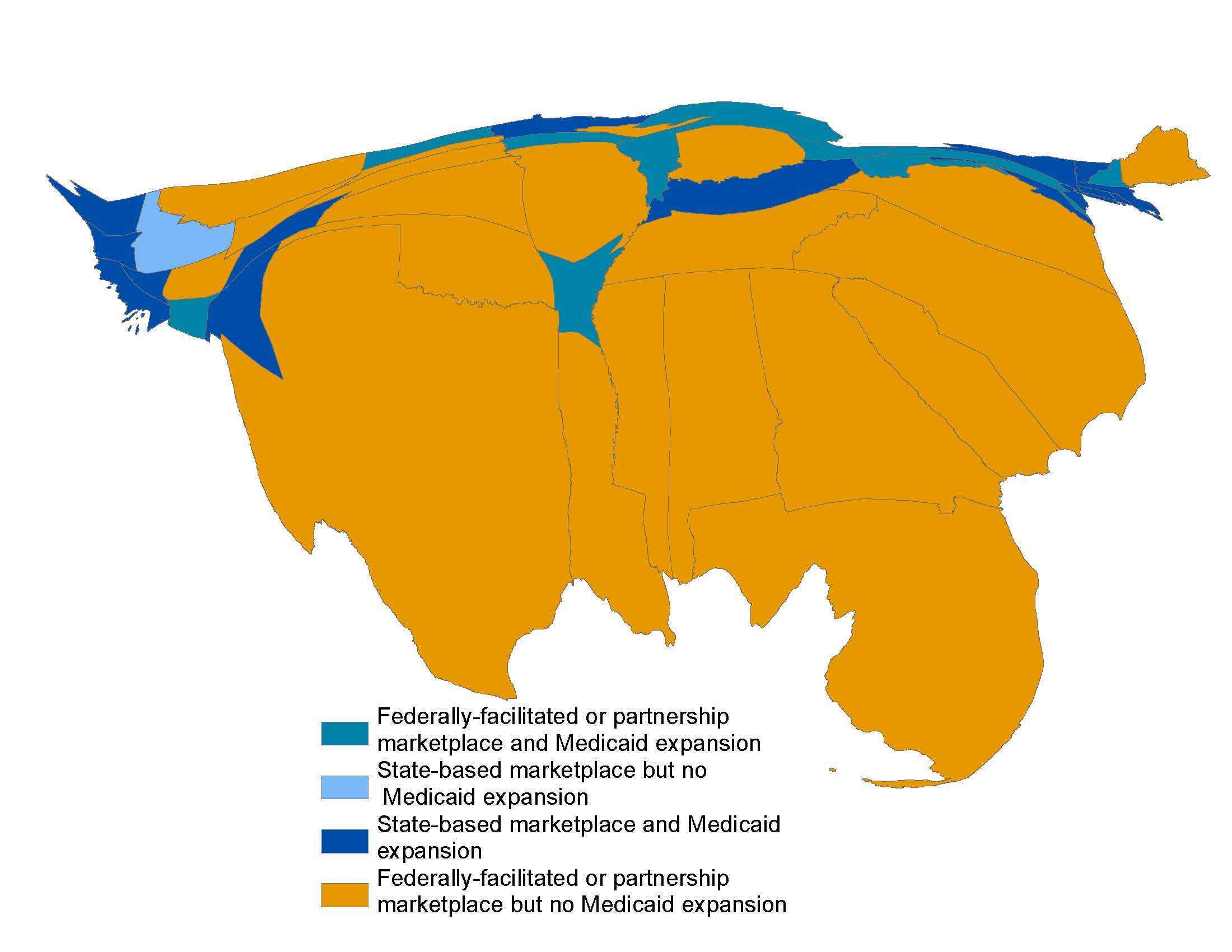 Yeah, it looks a bit different, doesn’t it? Nearly 90 percent of U.S. adults who fell in the Medicaid coverage gap live in the south.

These states have chosen to shut their poorest residents out of Medicaid. They have chosen to do so despite 100 percent federal subsidies (tapering down to the scandalously low level of… 90 percent) for such expanded coverage. Two border states have rejected this hard-line approach. Arkansas reached a challenging compromise with the federal government. So did Kentucky. These states displayed the nation’s largest declines in their proportion of uninsured residents.

Meanwhile, the biggest southern states with large, poor, non-white populations have conspicuously demurred -- despite ample evidence that the Obama administration is willing to make significant compromises with conservative governors and Republican legislatures across the nation to make this work.

Why have southern states have taken such a hard line that punishes so many people? I suspect the best explanation is complicated. Political party, the region’s historic legacy of racial inequality, the limited political influence of poor people --not least the word Obama in Obamacare -- all surely play a role. Whatever the explanation, millions of the nation’s poorest people are locked out of basic health coverage.

If Martin Luther King, Jr. were alive today, I am confident that he would be supporting causes such as North Carolina’s Moral Mondays movement, which is working to expand Medicaid. I wish they had more company. Former Massachusetts Governor Mitt Romney has recently announced that poverty reduction would be a major theme of his potential 2016 presidential run. He didn’t earn much credibility on this subject last time around. If Romney is looking for his own “Sista Souljah moment” to confront his party's excessively conservative base, he might start by urging Republican colleagues across the south to address this disgraceful situation.