An estimated 50,000 people gathered on the National Mall on Sunday for the long-awaited dedication of the Martin Luther King, Jr. National Memorial, the Associated Press reports.

President Obama, Aretha Franklin, Stevie Wonder and Martin Luther King III were just a few of the public figures who attended the ceremony.

"Nearly 50 years after the March on Washington, our work, Dr. King's work, is not yet complete," President Obama said in a speech at the dedication. "We gather here at a moment of great challenge and great change. Our work is not yet done. Let us draw strength from those earlier struggles."

A video of the historic "I Have a Dream Speech," which King gave from the nearby Lincoln Memorial in 1963, played after Wonder sang "Happy Birthday."

Sunday's dedication was originally scheduled for Aug. 28, the anniversary of the "I have a Dream" speech, but Hurricane Irene forced the organizers to reschedule the event, CNN reports.

About 1.5 million people are estimated to have visited the 30-foot-tall statue of King and the granite walls where 14 of his quotations are carved in stone. The memorial is the first on the National Mall honoring a black leader.

LOOK: Photos from the dedication of the Martin Luther King Jr. National Memorial 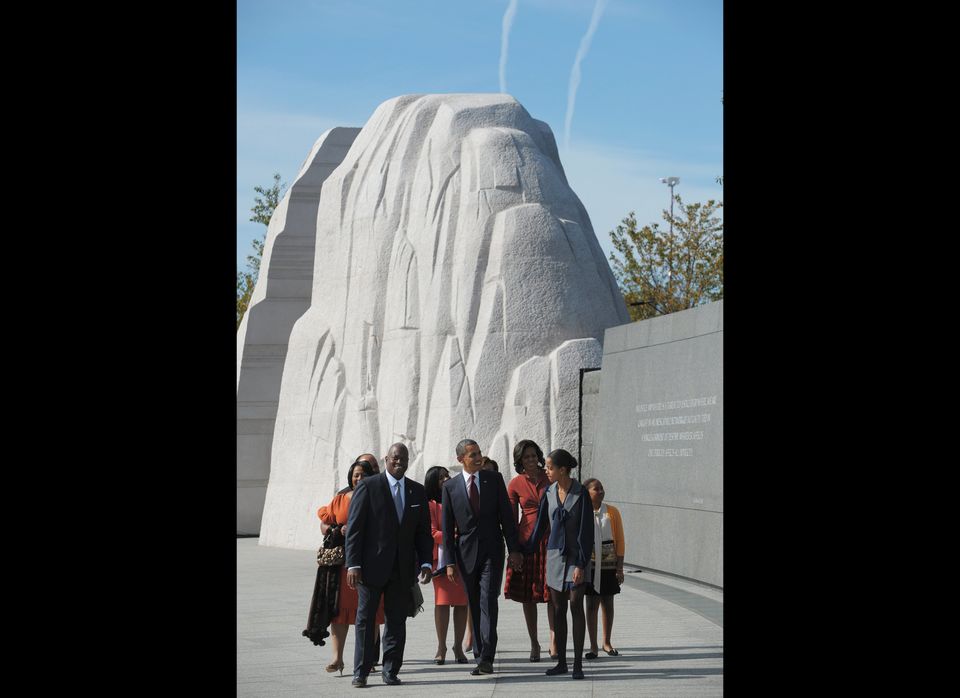