This weekend the MLS Cup Conference finals will begin.

This past week on soccerly.com, I asked four writers from LA, New York, Seattle and New England to postulate a case for their local side to emerge victorious on December 7 in the final.

In the Western Conference, Los Angeles Galaxy play Sounders FC. Both teams are led by two superstars in their forward line up.

L.A. have Landon Donovan. His controversial omission from the USA squad to play in Brazil will be the subject of heated debate, one suspects, for many years to come. Donovan has announced his retirement from soccer at the end of the season, but this apparently is not due to fading form.

His hat trick in the 5-0 hammering of Real Salt lake in the last match brought forth chants of "One More Year" from the Angel City Brigade in the stadium and superlatives from the assembled hacks in the press box. Robbie Keane has had a stellar year at centre forward and is a deserving candidate for MVP.

However, they played next week's opponents Sounders FC in two recent league games, one at each venue. The Sounders won 4-2 on aggregate.

"The Galaxy, no matter the actual scorelines, were the better team head-to-head this season. They dominated Seattle in late July, held a late two-goal lead at home in the penultimate encounter, then dominated 80 minutes of the regular-season finale before Marco Pappa's heroics started the Sounders' celebration. (And remember: In that last game, they were without Keane and Omar Gonzalez.) LA is in better form right now than they were a few weeks ago."

He points out that the Galaxy had set their eyes on MLS Cup and the Supporters Shield was a sacrifice worth making to obtain it.

"Seattle has annually been among the best teams in MLS right from the start, but they've prevailed against the Galaxy only once when it really mattered -- to win the Shield in October -- and LA's take, even before the series started, was that they'd love to win the Shield but, really, other things are more important. Like MLS Cup. Until the Sounders beat LA in a head-to-head, loser-goes-home showdown, there's doubt about whether they can."

Seattle had lost four out of five Conference semi-finals until they narrowly overcame Dallas on away rules. For them, Obafemi Martins has had an outstanding year and is also a MVP candidate. Clint Dempsey is the classiest act they have had since Freddie Ljungberg if yet to show his best consistently in MLS. 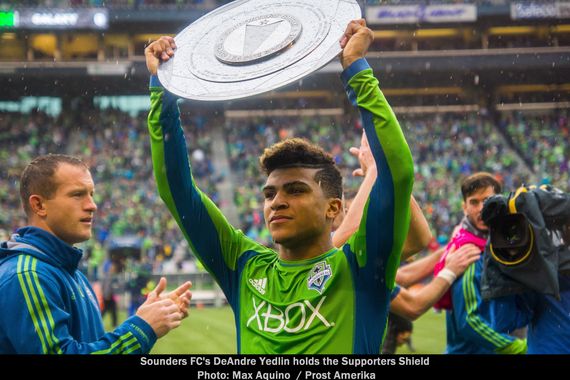 I don't share Scott's doubt. Unlike Scott, I do not dismiss so easily the recent Sounders FC Supporters Shield triumph.

In my piece, MLS Cup: The Case for Seattle, the case is put that Sounders version 2014 is very different from the past years.

"Additionally, the Seattle side go to LA, having visited the same venue very recently where they obtained a 2-2 draw. By the end of the game, it was the away side who were pressing for a winner and were the likelier victors. To hammer home that message, they roundly completed the job of beating the Galaxy and collecting the Supporters Shield a week later in Seattle."

As I wrote in an earlier piece, the Galaxy invincibility cloak could disappear if they lost the race for the Supporters Shield. They did, and I believe it has. If Sounders are not to prevail, this time it will not be psychological as it so often has been.

Secondly, the Sounders have developed an interesting new ability. In those games against Dallas and the one before that against LA, they surrendered decent amounts of possession. The defence bent but was far from breaking. In the 90 minutes against LA and the 180 with Dallas, only a penalty goal breached that defence.

In the article, I observed:

"USL veteran Zach Scott is getting starts because of his own form; not the awfulness of others, as has been the casei n previous years. DeAndre Yedlin has learned if not to defend as well as a full back, at least to remain standing where a good full back should be.

Although not a huge boast, Leo Gonzalez is playing as well as he ever has in Sounders jersey. The defense is not the league's best but it has shown - in recent weeks - an ability to soak up pressure and not relent, while the boys further forward spring an 'October Surprise' late in the game."

In his teleconference yesterday, head coach Sigi Schmid pointed out that the team has an increased maturity on previous years but are well aware of the history.

Over in the Eastern Conference, there is a battle of a more traditional sporting type; New York v New England. 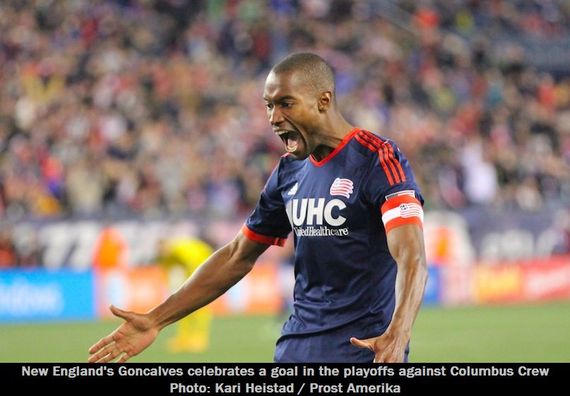 Brian O'Connell in MLS Cup: The Case for New England, leant heavily on recent form when making the case that the Westerners should postpone plans for a coronation:

"One club that's not only ready, but has shown itself capable of challenging that notion is none other than the red-hot New England Revolution, who've compiled an impressive 11-1-1 record since late-August. While that statistic is impressive in its own right, how the Revolution put together that remarkable run is what makes them a bona fide championship contender.

There's no question that one of the biggest reasons behind the Revolution's resurgence is the addition of World Cup hero Jermaine Jones."

Brian quotes the oft repeated fact that the Revs are 8-0-1 when Jones starts. As an aside, how long before Jones is cited as proof that there is no inevitability that US international players lose their form when they come to MLS as Jurgen Klinsmann believes.

Brian's case however does not rely on the Jones phenomenon entirely.

"As brilliant as Jones has been, he's not the only one who's fortified the club's form in recent weeks. Lee Nguyen is a lethal finisher who's come through in the clutch time after time. His 18 regular season goals set an MLS scoring record for pure midfielders.

What's more: his nine game-winning goals led the league, a testament of his ability to come through in the clutch. When the club attempted to shake off its midseason woes, Nguyen responded by going off on a tear."

Perhaps the hardest case to make of the four is that of the New York Red Bulls. Whereas, the Revs have recent form, the Galaxy have the pedigree and Sounders are the league's best team, what do New York have? 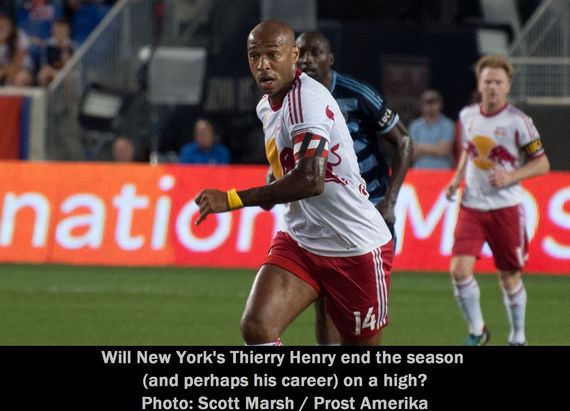 They negotiated their way here by way of the 4th v 5th play in. Finishing 4th in the statistically weaker of the two conferences is hardly the mark of MLS Cup winners.

In her piece, MLS Cup: The Case for New York, Anna Ferkingstad writes:

Finishing fourth place in the Eastern Conference with a last minute victory, the New York Red Bulls are exactly that.

The Red Bulls have never won an MLS Cup title. They aren't the legendary LA Galaxy nor the Supporters' Shield holding Sounders. New England Revolution even secured a comfortable second in the Eastern Conference and were early tournament favorites."

What they do have? Firstly, they have already ended the aspirations of the reigning MLS Champions Sporting Kansas and the best side in the Eastern Conference DC United. In the clinch, they have the ability to turn it on especially at home according to Anna:

"Few stadiums and fan bases in Major League Soccer compare. During the regular season, the red and white side only lost three of the games they played in Harrison, New Jersey. If New England is to deny New York victory in the upcoming aggregate, they need to first contain the Red Bulls at Red Bull Arena. You doubt the difficulty of this task? Just ask DC."

Furthermore, she claims, they are as much the form team as the Revs:

"Although they had a poor start to the season, the Red Bulls have recently found rhythm. Prior to the series against DC, they won four of their last five games. They look cohesive and hungry. Their more notable victories include a 2-0 win against Sporting Kansas City at Sporting Park that brought the regular season to a close and gifted them the 4th seed. The following week, the two then faced again with a late goal securing New York an exhilarating 2-1 victory. This play-in tournament win marked New York's first playoff victory at home since 2005."

She is right. This team has shown the ability to ramp it up when it matters. Will that and Bradley Wright-Phillip's goal spurt be enough to give Thierry Henry the kind of farewell David Beckham had?

There is a decent case for all four sides and no-one, despite Anna's assertions, can reasonably be termed the underdog.