A pregnant woman has one foot in the grave. This common saying reflects the reality in many developing countries: bearing a child is one of the main risks to a woman's life. In the poor countries of the world, giving birth is both one of the most significant days in a woman's life but also a time when she is closest to losing it. 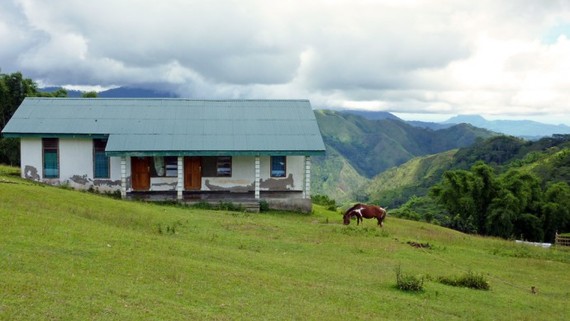 In Timor-Leste, a tiny country just north of Australia, progress against maternal deaths has been slow. Since independence from Indonesia in 2002, the country has made great efforts to provide trained midwives for pregnant women who seek them, but a wide gap remains. The rural population is widely dispersed in mountainous terrain and often far from health facilities. More than half of all babies in Timor-Leste are born at home with help only from family members. As a result, many women and babies die in those first few hours and days after birth.

USAID has been working with the Timor-Leste government's Ministry of Health since 2004 to help find solutions to this terrible problem. In 2011, U.S.-based NGO Health Alliance International (HAI) won a USAID Child Survival and Health Grant to try a new approach.

"We realized that one basic reason that many women didn't give birth with professional help was that their contact with midwives was so brief that they weren't able to develop a sense of trust and confidence," said Susan Thompson, HAI's Program Director, based in Seattle. "There also was a lot that women could do to have a healthy baby that they didn't know about, and it couldn't be conveyed in the usual two or three short prenatal care visits."

How to help the health system to bridge that gap between women and their midwives? Noting the dramatic increases in mobile phone use throughout the country, HAI proposed the first use of this technology as a permanent behavior-change tool. The focus for this mobile phone technology is in Manufahi District, where cell phone ownership was fairly high at nearly 70 percent, but use of midwives or doctors for deliveries at 19 percent was well below the national average. Ministry statistics estimate that the district has about 11,000 women of reproductive age, and expected 2,200 pregnancies the first year of the project. 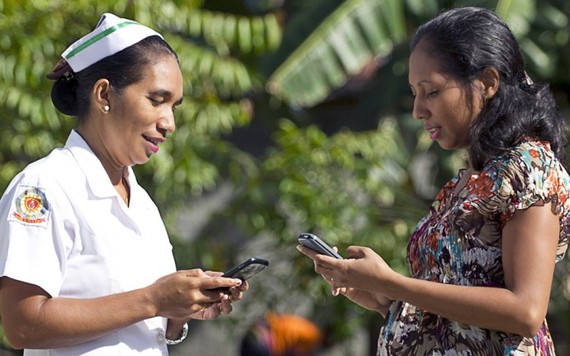 The project is called "Mobile Moms" or Liga Inan ("connecting mothers") in the local language of Tetun. The project team matched the technological opportunity to the needs of government health system and developed a dual approach to making use of the widespread availability of mobile phones.

First, working with Catalpa International, a software development group in Timor-Leste, the project team created an internet-based program to send SMS maternal health messages twice a week to pregnant women in Tetun, the language most widely spoken. The messages detail important actions that the women can take to safeguard their pregnancies, and include advice on postpartum and newborn care for the first six weeks after delivery.

Second, the project facilitates phone conversations between midwives and the expectant mothers at critical times. Women can send SMS messages very cheaply to ask for information or assistance, and midwives call them back at the project's expense.

Health officials in rural Manufahi District have been supportive and intensely involved since the beginning. Director of District Health Services Teofilho Tilman said that they have "seen ... a significant increase in the number of women receiving antenatal care and delivering at the health facility" since the project began. Over the first year in Same Subdistrict the number of women using a midwife for their delivery, either at home or in a birthing facility, has doubled.

In a recent study of the impacts of this project on health professionals, midwives consistently reported that they liked the service because they could better follow the progress of their patients and meet their needs. In her response, one midwife said:

For me, it helps... because before Liga Inan we didn't know the condition of the mothers. Through Liga Inan, we have their number and we know their due date. So for example, in November we know which mothers will give birth. We match that info with the data here to check, and if they didn't come to the health facility, we call to find out how they are.

Same Subdistrict midwives have now enrolled nearly 1500 women in the project. Close to 800 women have completed their pregnancies and received the special postpartum SMS messages to help them give their babies a healthy start in life. With support from Australian government funding, the mobile phone project has now begun scaling up services to adjoining districts. 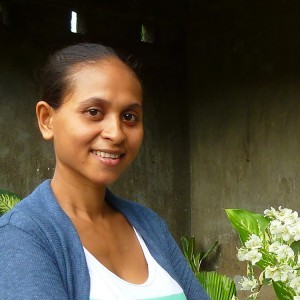 Women participating in Liga Inan provide the project with valuable input about project impact and success. Amalia Martins Calapes from the town of Same did not participate in the program through her first two pregnancies. During her third, she did. And it helped her stay motivated to adopt healthy behaviors at home and seek care from her midwife.

"Healthy mothers and healthy babies give us a strong nation."

Adapted from an original article on the USAID Impact Blog, April 2014.