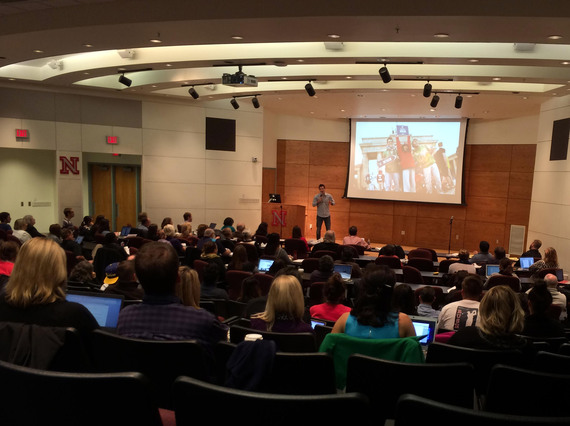 Social business is quickly shifting to precision targeting made possible by consumers downloading mobile apps. Mobile social media marketing is taking on a high level of business integration that, while effective, is likely to raise privacy concerns in the U.S. and abroad.

The mobile-first approach is driven by a realization that fundamental rules have changed. Jim Brady, BillyPenn CEO & Founder in Philadelphia, promotes engagement with fans of his site. "The most complicated technology we deal with... is the human brain."

The data are clear that even among younger, lower income and minority consumers, the smartphone is widely adopted. Aaron Smith, Pew Research Center said, "they rely heavily on their smartphones for online access."

The smartphone apps take advantage of cell tower, GPS, WiFi and Bluetooth data. The so-called "geo-fence" of a one-mile neighborhood is quickly being augmented by granular data: a building door within 60 feet, a store floor and department within 20 feet, and a specific shelf space within three feet, Knitowski said.

Indoor "blue dot positioning" includes a floor level and real-time destination, Knitowski said. This allows marketers to send proximity-related messages, as consumer behavior is tracked and attributed to specific engagement. What's new here are conversion rates that may approach a whopping 40 percent and the understanding that there is an exact moment and place to reach a person.

"There's an overwhelming need," Knitowski said. "It's not a need issue, it's a budget issue." Phunware clients now spend between a few thousand dollars per month to more than $1 million per year, depending upon traffic size.

By downloading a store app, the consumer becomes part of a "geo-conquesting" system in which she or he collects data for the brand "in a natural setting," Knitowski said. "It's not forced like a focus group, you're just walking around." The mapping begins at the moment the consumer downloads an app and opts in by agreeing to settings.

The numbers already are staggering: more than one trillion annual transactions and more than 500 million monthly users. U.S. mobile app users are predicted to grow from about 60 percent to about 64 percent by the end of 2016 and nearly 70 percent by 2019.

Not everyone is pleased with the loss of privacy. Even Knitowski expressed concern about privacy loss, but he has no magic answer to the proliferation of data. "The more things you turn off, the safer it is."

University of Florida Law Professor Jon L. Mills, author of Privacy in the New Media Age (2015), says loss of privacy is why the European Union (EU) is demanding rights based upon human dignity. "It's a cultural distinction... to the extent folks in the United States become more understanding or feeling that dignity is important, we'll start to seek a little more balance or opportunity to protect privacy."

We're giving up perhaps more than we understand in terms of collection of information, and if there's a remedy to that it's probably transparency. That is to know exactly what's going on and increase public understanding. - Jon L. Mills

Businesses need to be proactive in offering transparency through clear explanations and opt-in consumer policies.

As "granular" mobile data are integrated with individual social media footprints, it has become far too easy to track, predict and change human behavior through contextual, relevant and time-sensitive incentives. It's good business to deploy advanced data analysis, but we need to be honest about the exchange of sharing personal data for store discounts and other incentives.