This past week, mobile enthusiasts converged on Barcelona for the Mobile World Congress (MWC), the largest exhibition of its kind.

Though Apple did not attend the four-day conference, the iPhone 4 received the coveted Best Mobile Device award on Tuesday. On the showfloor, however, Google's Android platform stole the limelight. Android-equipped tablets and smartphones from the likes of Sony, HTC, Motorola and Samsung were among the most sought-after devices on display.

Take a look through our MWC 2011 roundup (below), featuring the hottest products from Barcelona, and vote for your favorite. Which products are you most excited for? Let us know in the comments.

PHOTO GALLERY
The Best Gadgets From The Mobile World Congress 2011
Download
Calling all HuffPost superfans!
Sign up for membership to become a founding member and help shape HuffPost's next chapter
Join HuffPost 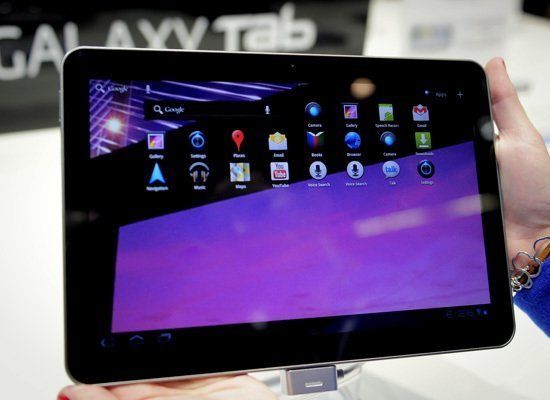 1 / 11
Samsung Galaxy Tab 10.1 (aka Galaxy Tab 2)
Samsung came out swinging with the follow-up to its well-received Galaxy Tab. The 10.1-inch slate will be powered by Google's Android 3.0 operating system and will feature a dual-core CPU and two webcams. Customers will have a choice between 16GB and 32GB of storage. Check out an <a href="https://www.huffpost.com/entry/samsung-galaxy-tab-101-re_n_822763" target="_hplink">early look</a> at the tablet.
Getty