YOU CAN DO SOMETHING ABOUT IT is a series of frank interviews with passionate men and women who are leaders, activists and influencers on the subject of gun violence in America. Some have been my teachers, champions and support system on this very complicated and emotional journey and some I have admired from afar for their bravery, audacity and indomitable commitment to the cause.  Although our backgrounds, experiences and the challenges we face in our work are as complex as the causes and the solutions to this epidemic, all have shown that there is more that can be done to end this senseless loss of human life.
I am proud to introduce you to each of them and excited to share their insights into how all of us can be a part of the solution to "Raise The Caliber" of our communities. 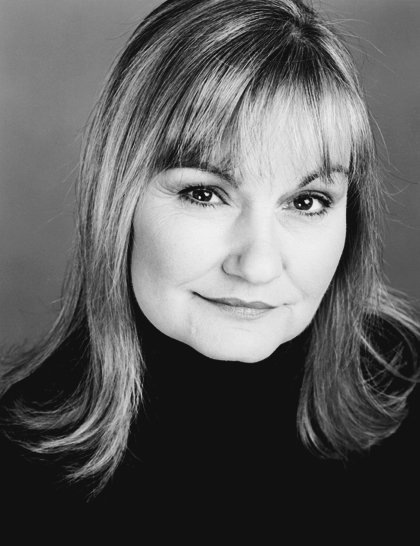 Occupation/Title:
PR/Communications Consultant.
Founder of The Million Mom March, a grassroots movement started after the tragic shooting in Granada Hills, California on August 10, 1999. More than 750,000 people marched in Washington, D.C. on Mother's Day, May 14th, 2000. An estimated 250,000 marched in satellite rallies in more than 70 different cities around the country.

Nationality: Member of the "Who Dat" nation.

Where do you live? Grew up in Louisiana.  Currently reside in the Northeast.

What quote do you live by?
"If you're not embarrassing yourself at least twice a day, you're not taking enough risks in your work," guest lecturer, Medill School of Journalism, 1984.

What are you most proud of about your work?
Immediately after the Million Mom March, Mother's Day 2000, I was so proud that hundreds of thousands of women and men were inspired to take a stand against gun violence.  Now almost 16 years, many of the bus organizers from that march are the leaders and the mentors of the movement.  And that makes me one proud mama.

What is the biggest challenge you face in your work?
As a gun violence prevention (GVP) activist, I'm most frustrated by the naysayers who believe the U.S. Congress will never pass a universal, comprehensive background check for all gun sales.  I'm a believer by nature.  I think if we can continue to mobilize and educate voters, we will prevail. To that end, I am currently working with several faith based organizations and new activists in the GVP movement to mobilize with music.  www.RememberSept25.org.

Why do you think we have such a problem with gun violence in America?
While 91% of Americans polled confirm they want a stronger, more comprehensive background check system, most are just too busy with their everyday lives to feel that they have a role to play in making this happen. We, as a movement, must continue to strive for ways to make all our voices heard in an easy, sustained way. And, at the risk of repeating myself, why we're mobilizing with music. Check out:
www.RememberSept25.org

What do you think is the biggest misconception about why we have such a problem with gun violence in America?
Many otherwise intelligent voters believe mistakenly that the United States has sufficient gun laws at the federal level.   Or, worse.  That gun violence is someone else's problem.

Do you think there is a law that the government could enact that would really make a difference in reducing gun violence and building safe communities?
Yes. Several.  But for policy specifics, I always defer to the many national gun violence prevention organizations who are the experts, such as: the American Coalition for Responsible Gun Owners, Americans for Responsible Solutions, the Brady Campaign, the Center for American Progress, the Coalition to Stop Gun Violence, Everytown for Gun Safety, the Law Center to Prevent Gun Violence, States United and the Violence Policy Center.

What are three things the average American citizen can do to "Raise The Caliber" of their community?

1) Join a community-based GVP organization such as a Brady/MMM chapter, a Moms Demand Action chapter or find a state-based group (www.ceasefireusa.org).  I belong and donate to all three.
2) Get to know your locally elected officials.
3) Help us mobilize with music by signing up at www.RememberSept25.org.

Is there a must read book or article on this topic that has educated and inspired you?
For a quick education, I recommend "The Gun Debate:  What Everyone Needs to Know" by Kristin Goss and Philip Cook. For grassroots organizing, I co-authored "Looking for a Few Good Moms: How One Mom Organized a Million Others" to encourage mothers like me to mobilize.  All of us in the GVP  movement are standing on someone else's shoulders.  So I wrote about the women whose shoulders I stood on and who inspired me.

Jessica Mindich began the Caliber Collection in January 2012 as a collaboration with the Mayor of Newark, NJ, Cory Booker, as a way to turn illegal and unwanted guns from our cities' streets into jewelry.  Their vision was to create a virtuous cycle by funding gun buyback and amnesty programs from the proceeds of the sales from the Caliber Collection.  The jewelry is made with the serial numbers from illegal guns and the metal from shell casings. The Caliber Collection donates 20% of the net proceeds to fund voluntary gun buyback and amnesty programs in some of the toughest cities in America. To date, they have taken over 1,000 illegal guns off the streets and have raised over $100,000 for police departments in Newark, Hartford, the San Francisco Bay Area and Detroit from the sale of Caliber products to customers in over 85 countries.
From the success of the Caliber Collection, Jessica created The Caliber Foundation, which offers support to victims, families and communities who have been affected by illegal gun violence.  The Caliber Foundation is the proud recipient of grants from MTV, Shepard Fairey/Obey Giant and The Serena Williams Foundation. Jessica is also the founder of the Raise The Caliber initiative, a National advocacy campaign to end illegal gun violence. Proceeds from partnerships under Raise The Caliber are donated to the Caliber Foundation.
Jessica is also a guest editor for the Huffington Post on Crime and a frequent contributor to www.MariaShriver.com
www.calibercollection.com