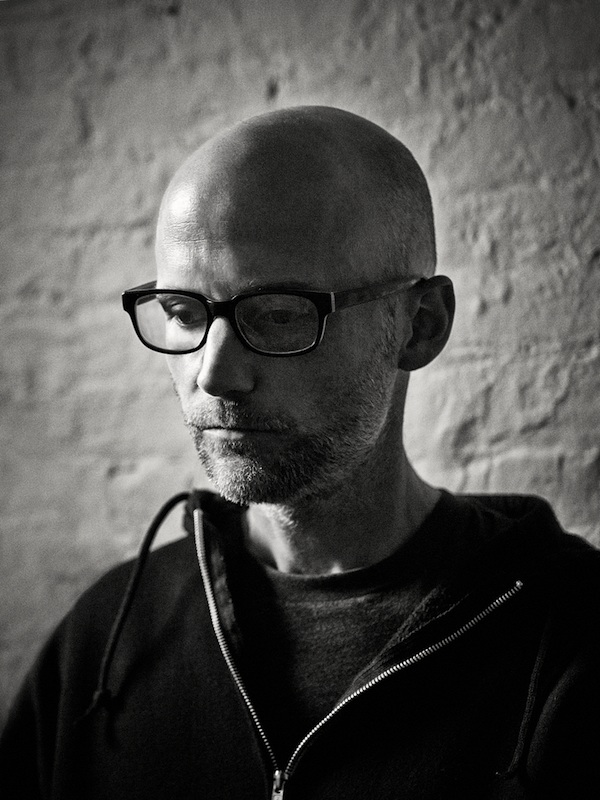 "Moby photographed in his studio by Justin Hollar" 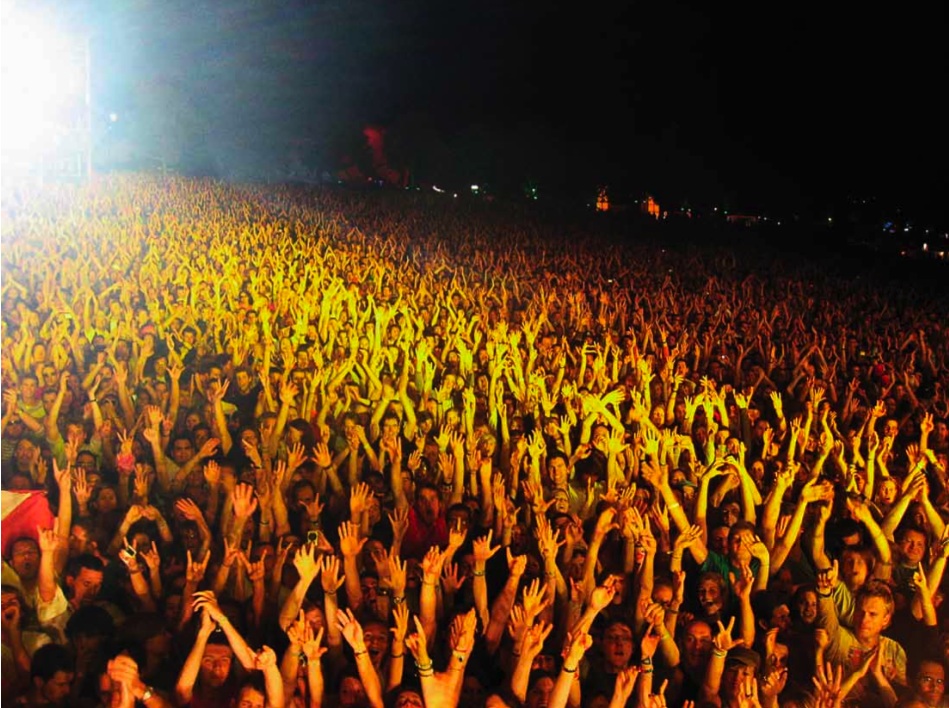 Moby - Destroyed, lausanne a sea of people. i particularly like how the form of the crowd reflects the topography. 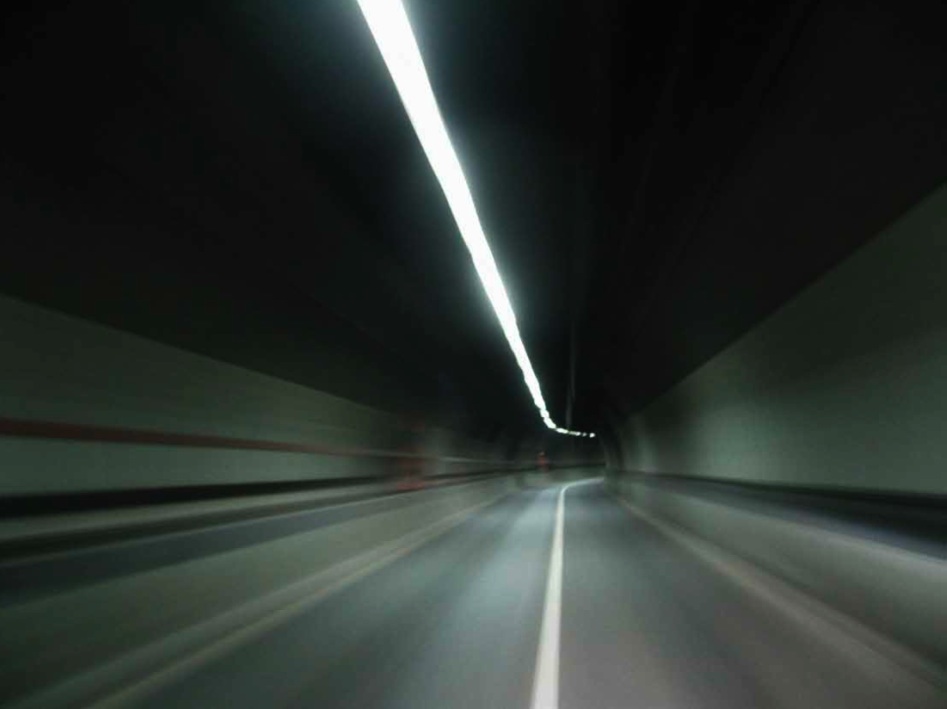 Pathways connect cities and direct travelers through them. In between lies fallow earth, empty lots, desert plains. Moby's new book captures the density of space as it expands and condenses around city centres and rarefies into the ether above. His gaze falls outside of things into places never looked at, empty sky over urban sprawls, arid lands, foam-flecked seas, the spaces between cities where forests grow. Estranged in a metal tube afloat in space Moby's vision seems to hover, then plummet through city ports past tunnels, terminals and paths into arenas with convulsing crowds.

A big part of the artist's life is based on touring and he launches into another soon for his new album and book entitled Destroyed - inspired by, and created during touring, (the title comes from the LED display that reads "Unattended Luggage Will be Destroyed," which Moby snapped as it flashed up in a deserted hallway at NY's La Guardia airport). 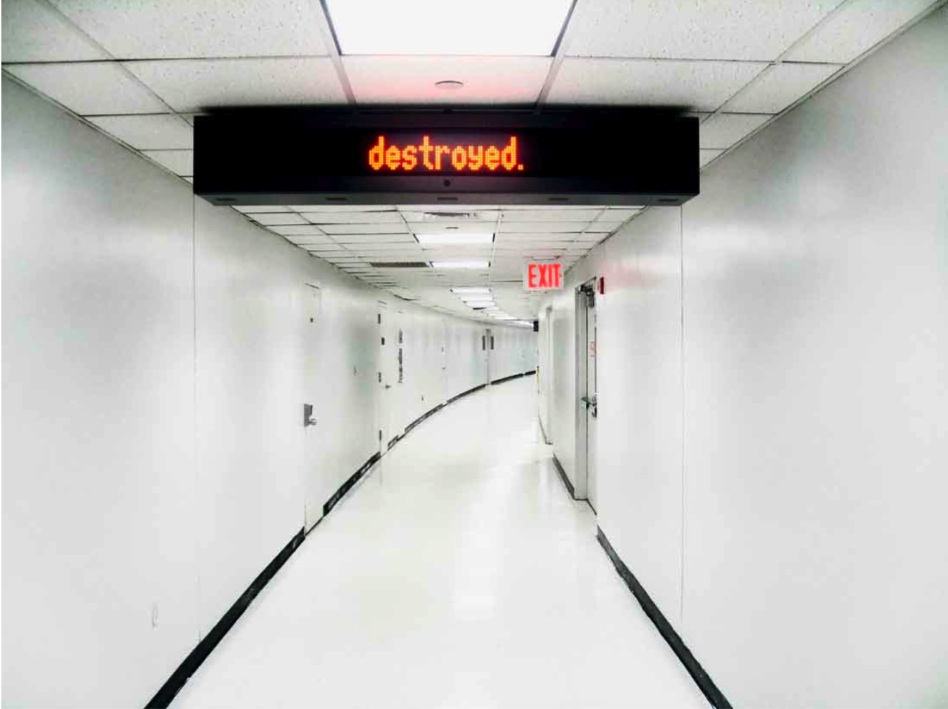 Moby - Destroyed - new york there was this little sign in this weird hallway. it said 'unattend- ed luggage will be destroyed', but one word at a time. 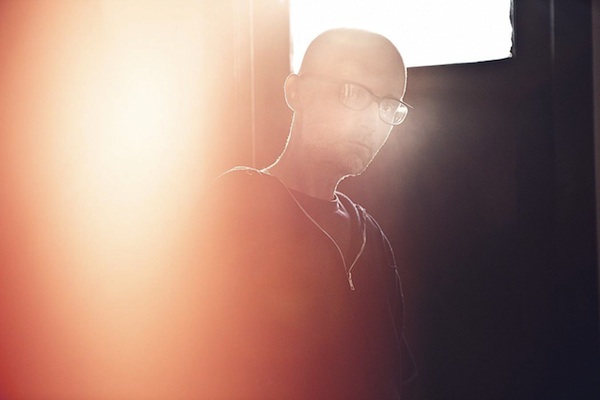 Moby photographed in his studio by Justin Hollar

In his small studio in Manhattan we talked about his thoughts on space, and then digressed into philosophy, a subject he has studied - until he sensed he'd been nodding his woolen finger puppet at me while chatting for some time. I liked his woolly-wagging alter-ego, but he puts it away.

Works on transience and transient places have been made by other artists. I think of the images Nobuyoshi Araki took of the sky from the same window every morning for 365 days after his wife died, of Eno's music for airports, of Charlie Watts' hotel room sketches, and of Alain deBotton's airport project.

KL: This book to me is about interstitial spaces.

Everybody takes airplane pictures. It's sort of banal mundane photography... One of the things I like about art is to see the miraculous and the strange in the common place. And also, see the mundane in what should ostensibly be remarkable. 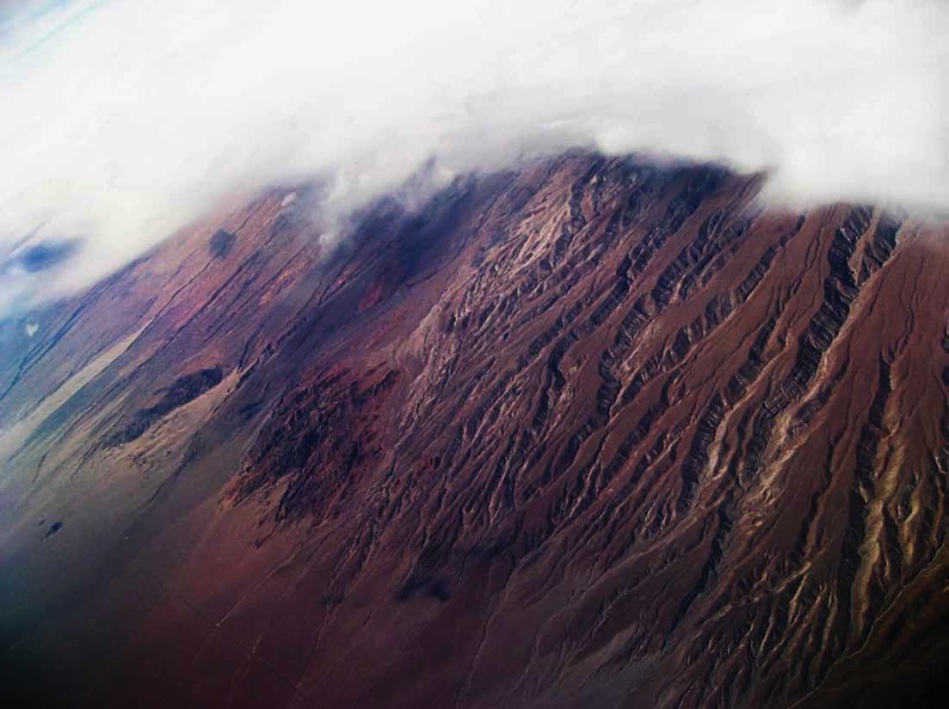 Is loneliness a factor of touring?

It's partly a product of growing up as an only child. I live alone and work alone. I have a general tendency towards isolation. I find that a certain degree of comfort in isolation as well. A journalist in Europe found the crowd pictures really exciting and the empty pictures disconcerting.

The crowd pictures freak me out a little bit. And the empty pictures feel calm, they breathe.

We focus on the connection points in human societies that get one from point A to B the ports of destinations. The gaps are unaccounted for.

It was a central component of original Taoist thought. There is more wisdom and more potential for transcendence in the things that are ignored than the things which we pay attention to.

Meditation is a way to partly achieve that.

The way they describe it in I Ching is to let things settle of their own accord. If there was such a thing as a Taoist icon it would be a puddle of mud in midtown on a Tuesday morning at rush hour that everybody was treading on and no one paid attention to. And there's more potential for wisdom in that than the church or the temple nearby.

It certainly informs a lot of my world-view. By extension it would probably inform my pictures...trying to find what's ignored.

I was a philosophy and photography major and I was doing my photography since I was ten and I wanted to focus on it; the school I went to had a darkroom where other people mixed chemicals, and that was reason enough. I hated mixing chemicals.

I had a lot interest in philosophy - but as can often happen, you can take something really interesting and subject it to rigorous academic investigation and everything interesting about it falls by the wayside. At this point I like light-hearted philosophy, I'm a dilettante philosophy student, I like Bertrand Russell and Wittgenstein's Tractatus. A little more fun and more general. But when you start getting into the metaphysics of morals, reading Kant and Schopenhauer, it's so dense.

It's like with music, I don't need to take a grad student level class on counterpoint... 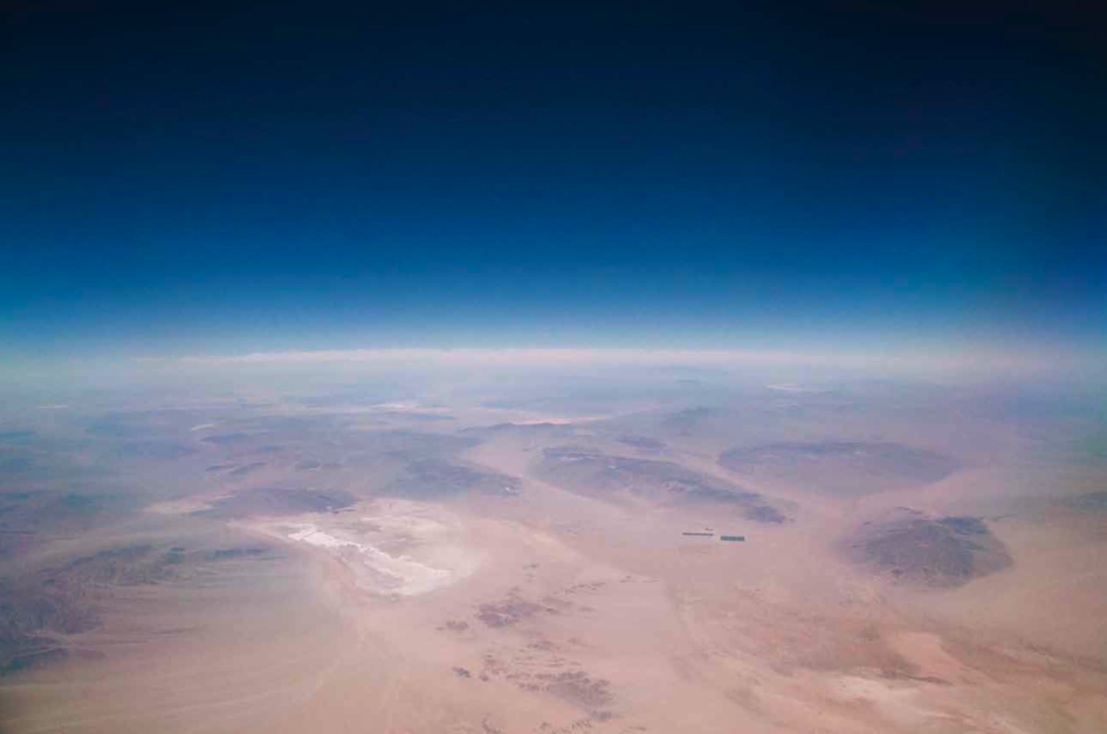 The crowd pictures are not really about individual people.

Sometimes things become very familiar to us. So much so that we don't see them, have no insight into them... I'm more drawn to places that people have created but not occupied. It's almost like forensics, looking and then trying to understand what led humans to create these bizarre, empty, isolated places.

The last 160 years of photography, it's safe to say that 99% of the pictures taken have been of people.

This is your first photography project?

Yes. I have made a lot of records. There is this dialectic created when you put a record out into the world. There is a relationship to the person experiencing it, because they re-present my work back to me, which enables me to see the work more clearly, and because the work is personal, it allows me to see myself with a degree of objectivity.

My uncle had been a photographer from the NY Times so I was exposed to the greats - André Kertész, Edward Steichen, Dorothea Lange, Irving Penn. One of my favourite photographers of all time is Sally Mann. And then there is Richard Billingham and Wolfgang Tillmans.

My uncle and all the professional photographers all focused on craft - shooting medium to large format, producing huge beautiful, black and white archival prints. And then Wolfgang Tillmans showed me that it's nice to have craft but a quick shot on an instamatic can at times have more emotional weight and resonance than a flawlessly produced archival print.

Some people just like their stick-shift cars rather than automatics.

I was brought up very formally studying classical music & music theory and I discovered punk rock. Sometimes emotion is best explored with well-trained orchestra and sometimes it's best expressed by a crazy kid with a guitar and sampler.

Sometimes craft can be an impediment to the impact of the work, where a photographer desperately wants to pay attention to the craft and the subject can be platitudinal and trite, and the craft is amazing. 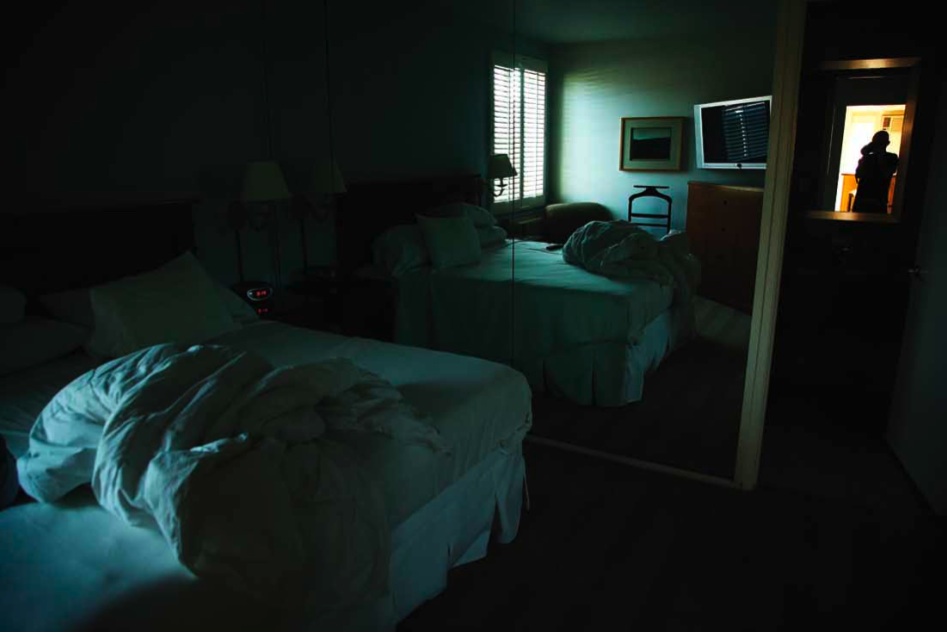 Moby - Destroyed, hotel room - i live in hotel rooms. they are functional. they are also almost always strange and depressing.

Moby, who was born on 148th Street, will be leaving the cramped island of Manhattan to move into his spacious new digs in Los Angeles. He's tired of having businessmen as neighbours, and in Los Angeles he says he's more likely to have weird musicians and artists around him. "New York has priced out everybody, unless someone is a hedge-fund manager, or a European heiress... A lot of artists are realizing that if they stay in NY they will be able to rent 400 sq feet in East NY and pay $1500, or go to Los Angeles where they can get a big studio for very little money and make bigger art..." One might have to make a little more effort at finding the beauty and inspiration in Los Angeles but while Hollywood can be grimy, the outskirts are spectacularly beautiful, he claims. He tells me he had just read a piece of statistic that said London has 5000 acres of parkland. NYC 28,000 acres, (mainly by the airport I find out, incredulously). Los Angeles has 2,700,000 acres of parkland.

"When I came back to NY, my knee-jerk reaction was to email my friends and say, hey, I'm home but, as I was writing 'home', I thought oh, it's not home anymore." 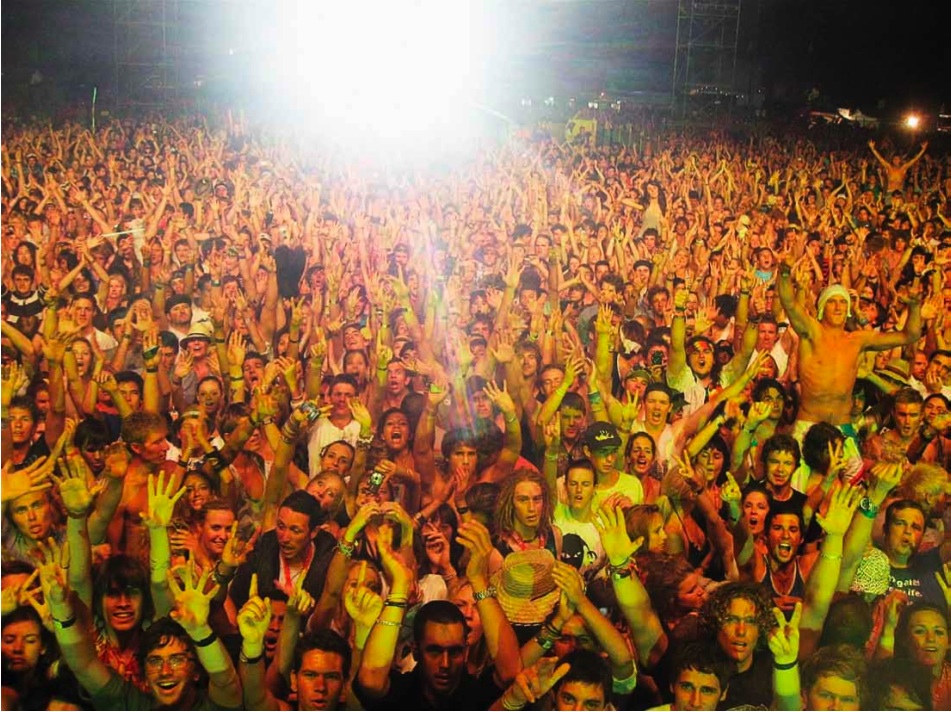 Moby - Destroyed, perth this was a few days after new years eve, but it felt as if new years eve had lasted for weeks.