On Saturday March 29, 2014 I captured an art world star-studded cast of luminaries at The Geffen Contemporary at MOCA as part of my continuing N(art)rative Series; a series that captures the important happenings in the art world through my photo essays. Here are a few pictures from that night. 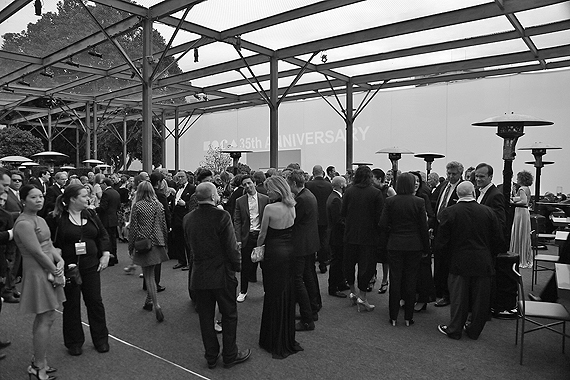 The MOCA Gala at The Geffen Contemporary at MOCA. Photo by EMS.

FROM THE PRESS RELEASE: MOCA announced today that its 35th anniversary gala will be held on Saturday, March 29 at The Geffen Contemporary at MOCA in celebration of the museum's recent fundraising success, independence and the appointment of MOCA Director Philippe Vergne, welcoming guests from around the world to a preview of the highly-anticipated Los Angeles homecoming exhibition, Mike Kelley. 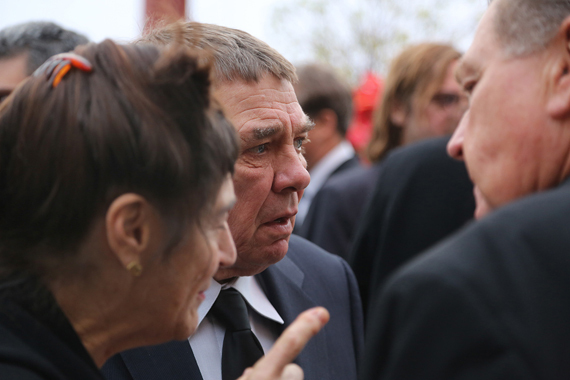 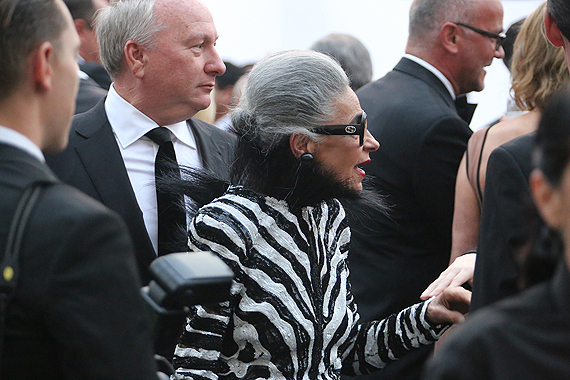 "With our new director Philippe Vergne and our fantastic partner Louis Vuitton, we are so excited to celebrate MOCA's outstanding achievements and to present the important homecoming exhibition Mike Kelley at MOCA," said MOCA Gala Co-Chair and Board Co-Chair Lilly Tartikoff Karatz. 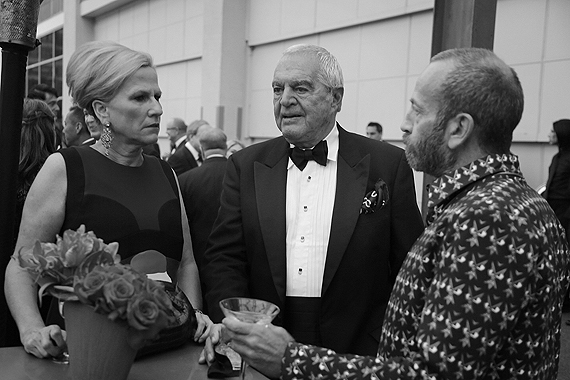 "Louis Vuitton is committed to sharing our creative passion with the communities we serve. MOCA has been a partner in that endeavor from the innovative Young Arts Program, to the intimate Art Talk series. We look forward to supporting MOCA's 2014 gala and celebrating this partnership in the Los Angeles community," said Valérie Chapoulaud-Floquet, President and CEO, Louis Vuitton Americas.

"This is the beginning of a new era at MOCA. We look forward to celebrating our extraordinary accomplishments at the MOCA gala with our friends of the museum from around the world, and especially with our new director, Philippe Vergne," said MOCA Gala Co-Chair and Board Co-Chair Maurice Marciano. 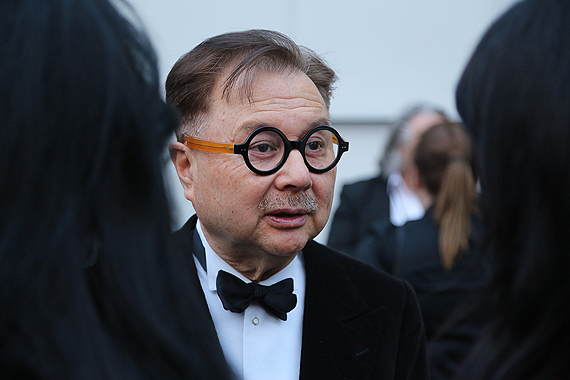 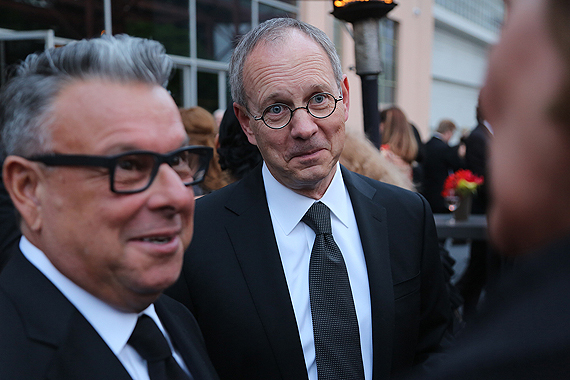 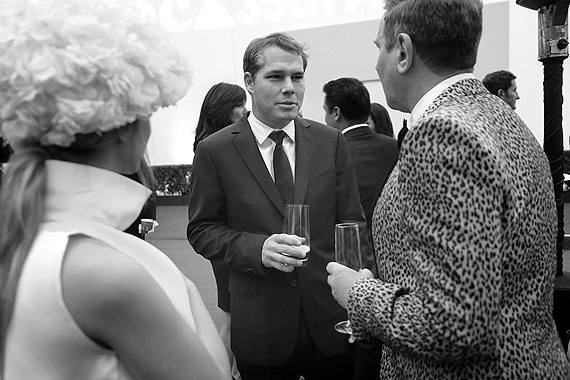 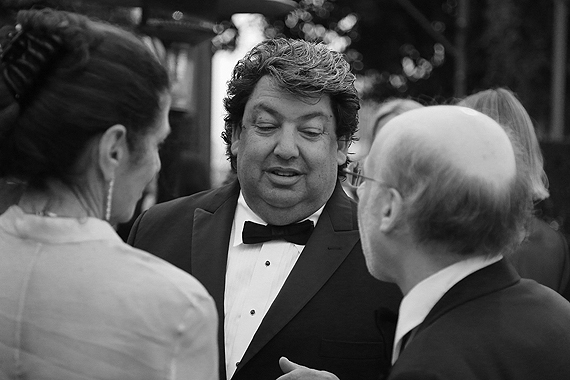 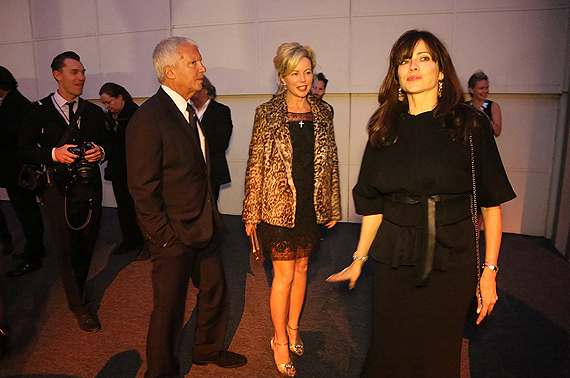 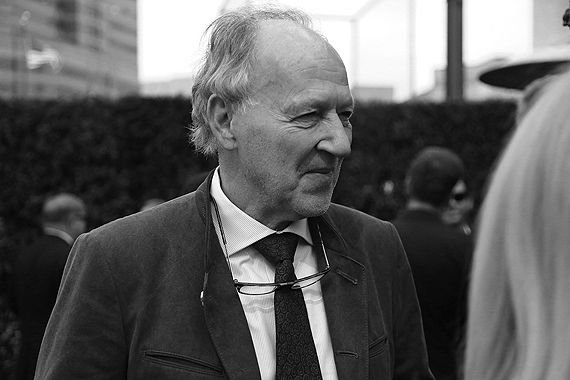 The MOCA Board of Trustees recently announced that in less than ten months, it had met and exceeded its goal of raising the museum's endowment to an historic high of over $100,000,000, securing both financial stability and its independence as the only public museum in Los Angeles dedicated solely to collecting and exhibiting contemporary art. With its newly-appointed director Philippe Vergne set to lead the museum into its next chapter as one of the most important international contemporary art museums, the MOCA gala chairs, honorary chairs and partner Louis Vuitton invite national and international guests from the worlds of art, design, fashion, film, music, architecture and culture to join them in celebrating the exceptional legacy and the future of MOCA. (END PRESS RELEASE) 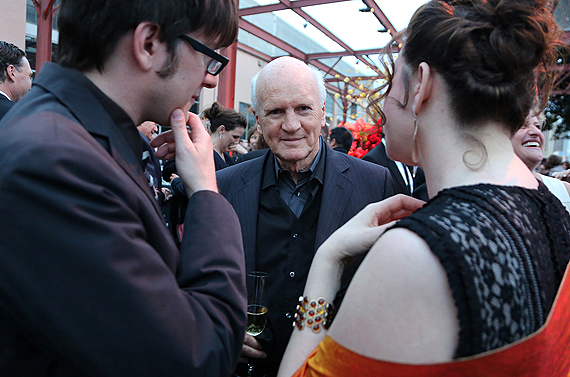 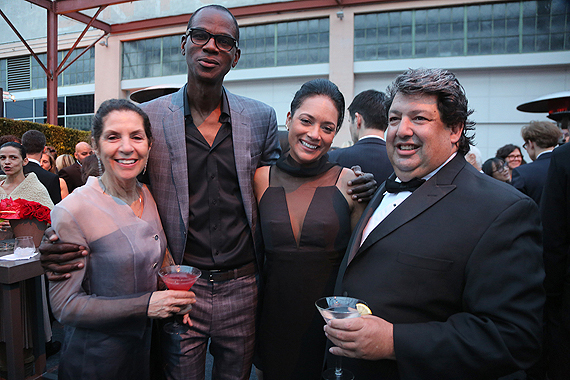 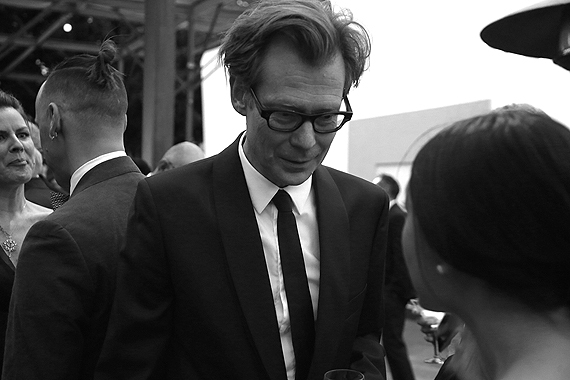 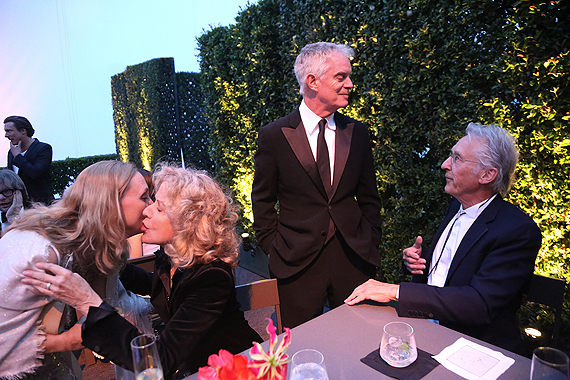 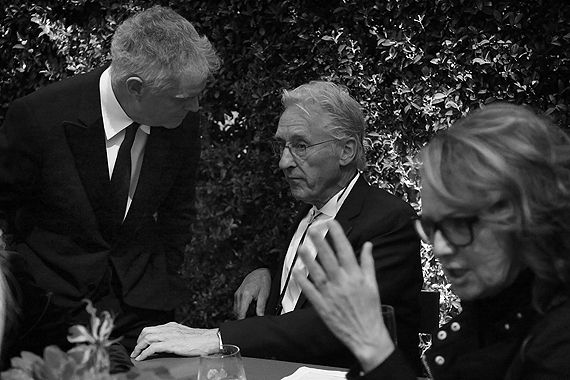 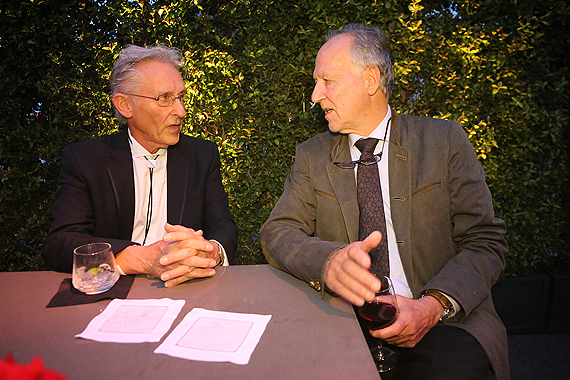 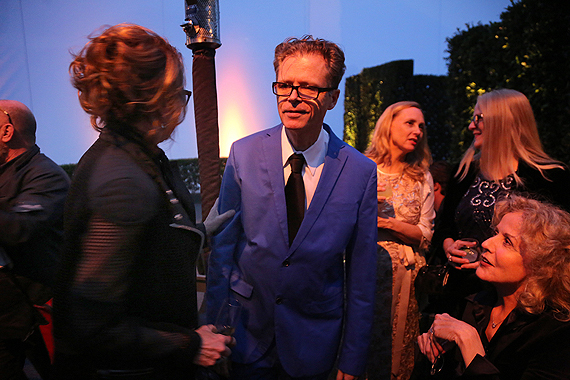 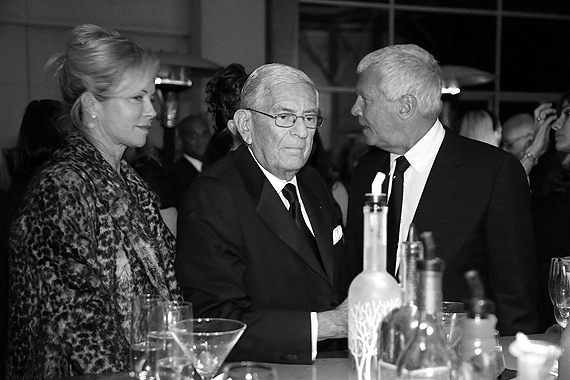 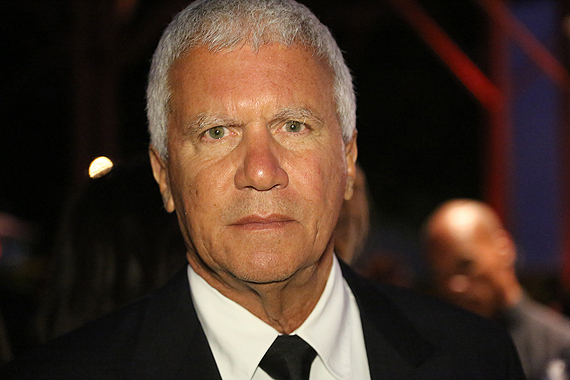 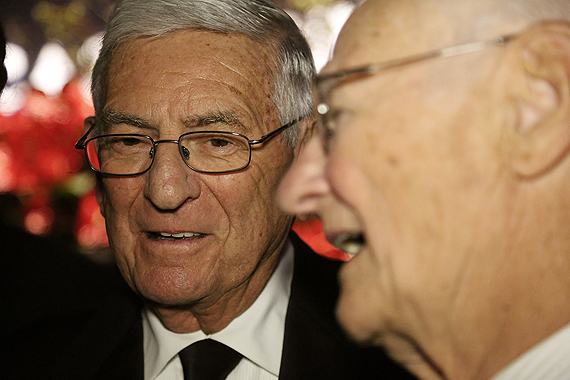 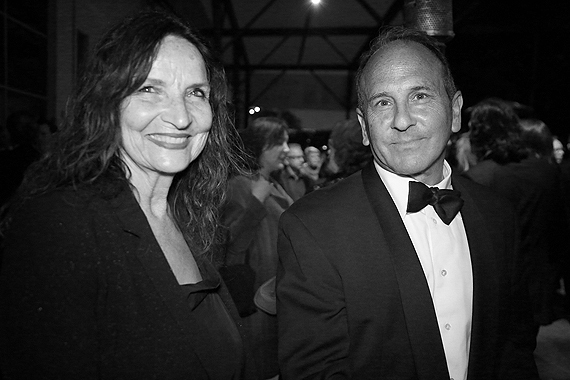 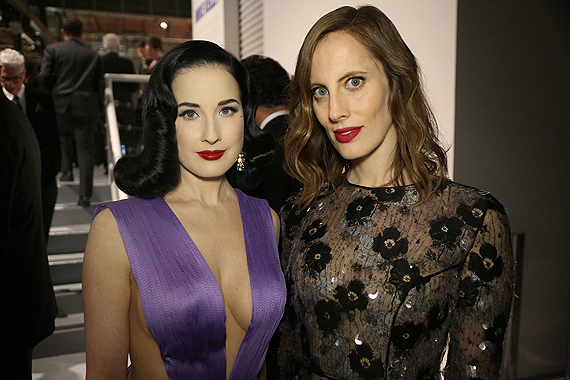 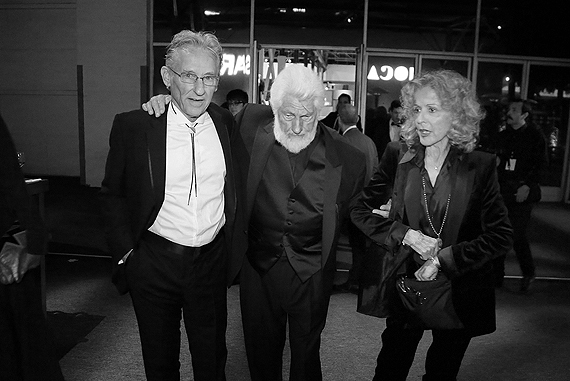 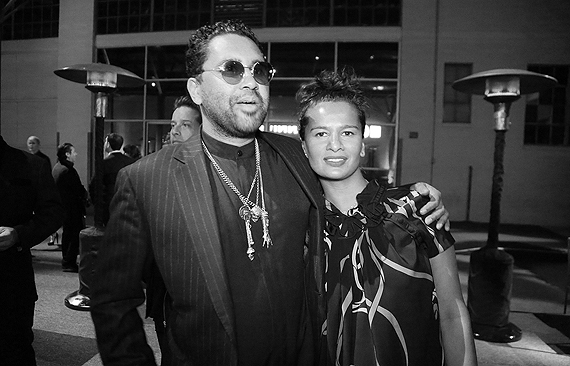 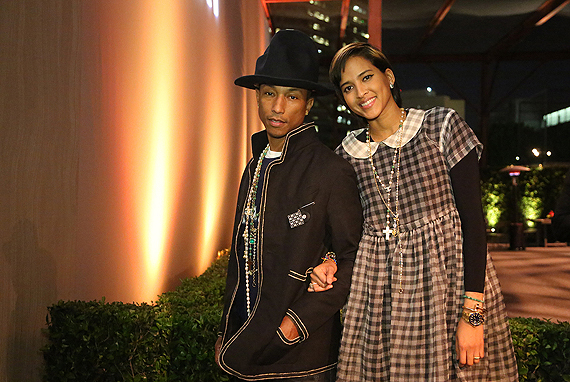 (This article is part of an ongoing photojournalism survey of art exhibition openings in SoCal titled EMS N(art)rative. Through my lens I document a photographic essay or visual "N(art)rative" that captures the happenings, personalities, collectors, gallerists, artists, and the art itself; all elements that form the richly varied and textured fabric of the SoCal art world. This reconnaissance offers a unique view for serious art world players to obtain news and information on the current pulse of what's in the now, yet capturing timeless indelible images for posterity and legacy. Here is EMS N(art)rative Seven.)

Correction: A previous version of this post misidentified David Gersh as Bobby Gersh.