This is the twenty-second installment in an ongoing series that explores drag culture and the nightlife scene in Brooklyn, N.Y. Over the past several years, following the large-scale exodus of artists across the East River and into northern Brooklyn, those engaged in drag culture in this outer borough have created a new, queer world entirely their own. Accompanied by a larger movement to understand drag culture outside of the pageant circuit, many individuals engaged in the drag community in this borough approach drag culture through a nontraditional lens of "alternative" drag or performance art, enabled largely by the malleable and queer nature of this part of New York. Visit HuffPost Gay Voices regularly to learn not only about the individuals involved in Brooklyn's drag community, but more about the culture of the community itself.

The Huffington Post: How did you get your start in the drag world? Mocha Lite: I can definitely say I've always been interested in the craft. However, about seven years ago my boyfriend and I attended a drag ball at Hampshire College up in Massachusetts and a festival they have there called Extravaganja (you should go, it's fabulous), and it effectively made my drag anniversary 4/20! It was our first time seeing just how many other people and points of view the community really had, and we became immediately obsessed.

How would you characterize the kind of drag that you do? I'm not really sure anymore, to tell you the truth. I guess you could say at the current moment I've been looking quite "fishy." But I've been known to dabble in various styles of drag. I love all things fantasy and, when appropriate, I definitely let it out. My tastes and interests shift focus like anyone, but depending on who for and where I am performing my look can vary. I guess you could say i'd like to be considered a chameleon of sorts.

Describe the drag scene and community in Brooklyn -- how is it different from drag culture elsewhere? Like any tight community, there are people who like each other and people who don't. Here, there is a special home for misfits found even amongst other misfits. I've seen performances done on stages in Brooklyn receive standing ovations that in other parts of New York might only be granted raised eyebrows. But essentially there are communities all over the place just like it -- the Pittsburgh scene reminds me of Brooklyn a lot. It is simply just that feeling of wild abandon with the pedal to the metal, everything flourishes no matter how seemingly garish and I adore that.

You've been here since the Brooklyn drag scene as we know it now began to take off -- how have you seen that drag/nightlife community grow and develop? The only thing that's changed is the amount of us! We used to feel so small, it was only a few of us fighting for the pride of BK drag! Since "RuPaul's Drag Race," there has been an influx of queens coming out of all sorts of corners and to be honest it's really wonderful, the scene is so large now and only growing. I just hope the special things that make BK drag interesting don't get watered down as the queens multiply... my originals know what I'm saying.

What potential do you see within drag for changing perceptions surrounding identity and experience? Things are definitely changing, but all for the good. Drag isn't intimidating anymore -- it's on your television, in your home, on the Internet -- and it's praised! The taboos of sexual and personal identity associated with drag and similar art forms have slightly diminished, allowing a wonderful understanding to creep in. I've noticed it repeatedly and I greatly appreciate it.

How has your own personal aesthetic developed or changed over the years? I go through extreme phases when it comes to my drag aesthetic. I'll be obsessed with one thing and one thing only and then drop it and move on to the next. As my work is maturing, I'm realizing I can take different pieces, parts, feelings and themes, tear them apart and put them back together when and how I want. Currently I'm focusing more on mastering the basics -- going back to the drawing board and reworking what I know about "beauty face." I just feel a strong foundation is important. But as far Brooklyn goes, the Brooklyn scene has always been changing, that's always been our goal: to out do, out think and out shock ourselves every time.

You and Misty Meanor have been called a drag "power couple" -- how does drag culture influence and inform your relationship? To be honest, it really doesn't. We get asked this all the time and it's very interesting. We don't see ourselves that way. Mocha Lite is not dating or "with" Misty Meaner and vice versa -- our drag personas are very much in a "Thelma & Louise" relationship. However, I guess you could say that we learn from each other when it comes to technique and other specific aspects. My boyfriend and I are a whole other world with very different understandings and connections. It was never a conscious decision to go about it this way, we just know that Mocha and Misty want different things. We're very much teammates -- even long before the wigs and lashes started coming out!

You were named "Drag Queen of The Year" at the 2013 Brooklyn Nightlife Awards. How did this affect your life and career? That was a very special moment for me -- it was like getting the affirmation that my work is good that I never got as a kid. I was honored to hand the title down this year to the one and only Horrorchata. She's a perfect example of great Brooklyn drag: fearless and wild but well thought out. It really motivated me to change and to try new points of view. It was cool to feel like I had a title to live up to, but passing it on has been a greater influence. Now I'm at the beginning again -- and I like that. 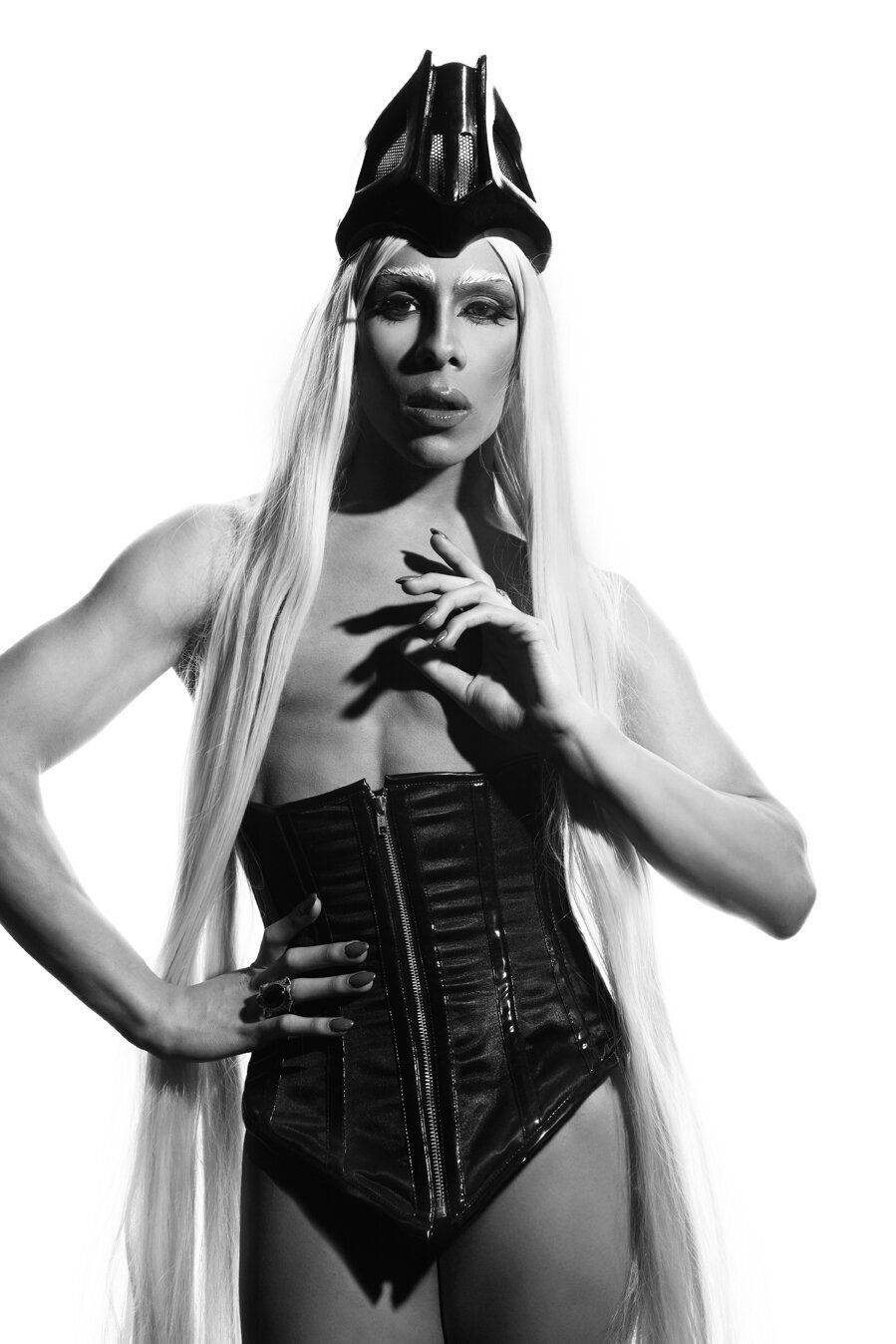