This dog’s slobber is definitely worse then her bark or bite.

Mochi, an 8-year-old St. Bernard in Sioux Falls, South Dakota, has a licker that measures a whopping 7.3 inches from lip to tip.

Her titanic tongue has helped her lick her way into Guinness World Records as the current holder of the coveted “Longest Tongue on a Dog” record.

“When we open the Guinness World Records book and see Mochi’s picture in there, we’re going to feel very proud,” Mochi’s owner Carla Rickert said in a video produced by Guinness. “It will make all the slobber we’ve cleaned up over the last six-and-a-half years worth it.”

Rickert isn’t kidding.  Along with glory and fame, Mochi’s long tongue brings breathing challenges, extra slobber when she’s nervous, dirt, dust and leaves sticking to her tongue, according to a Guinness press release.

Rickert and her husband, Craig, adopted Mochi when she was 2 years old. They hope the Guinness honor helps inspire others to adopt rescue animals.

“Mo is resilient, comical, loving and eternally grateful and loyal to us ― her forever family,” she said. “This once abused and neglected pub has taught us that it’s okay to be different. We are proud of her unique feature.”

Mochi will have to have a tongue growth spurt of massive proportions to break the all-time record. That belongs to Brandy, a boxer in St Clair Shores, Michigan, whose tongue measured 17 inches before its death in September, 2002.

When It Comes To Long Tongues, This Dog Licks All The Competition
Guinness World Records 2018 Edition 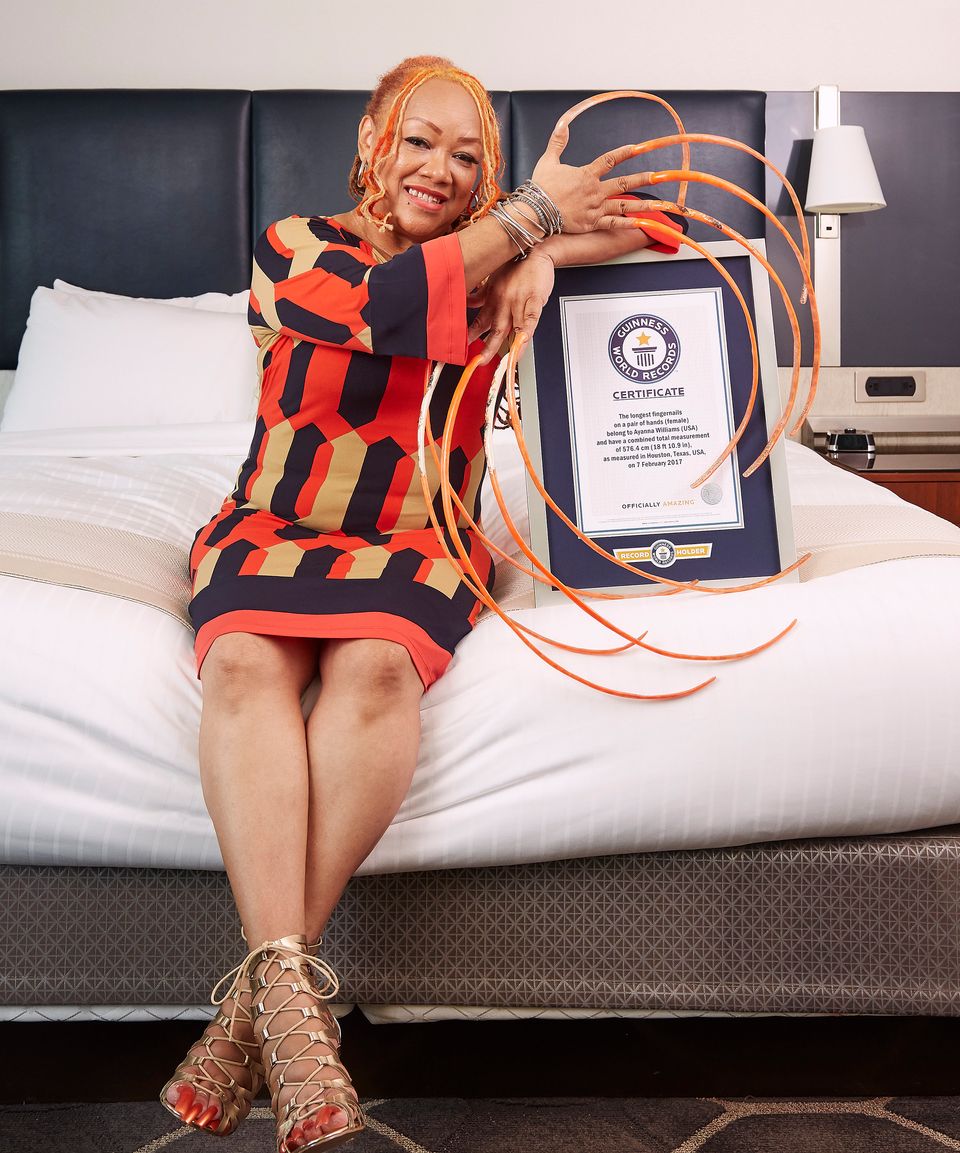