Online retailer Modcloth has abided by the sentiment that "real is beautiful" for quite some time. The company has been praised for offering a broad range of sizes to its customers and pledging to stop photoshopping its models. Now, Modcloth has gone even further by deciding to use its own employees to show off its latest swimwear options.

The company plucked six employees and had them pose in a variety of styles. The photos will run as promotional images on the website, appear on its blog and will be featured in upcoming Modcloth style stories. 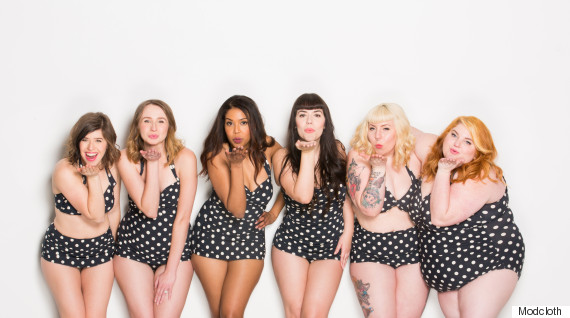 HuffPost Style chatted some with the gorgeous women of all shapes and sizes who participated in the shoot including Allison Franks (second from left) and Ingrid Taller (first from right).

As with Modcloth's previous photo shoots, the idea stemmed from a continued desire to connect with its shoppers.
Depicting a realistic image of women has long been a goal of the brand, a notion that made Taller want to pose for the shoot.

"Being on the larger side of plus-size, I was really excited about this opportunity. I'm an apple shape, which is not something I see everyday in the media. I know it takes a lot of courage to get in front of a camera in general, but to get in front of one knowing that not a lot of people have represented your body before is really exciting," she said. 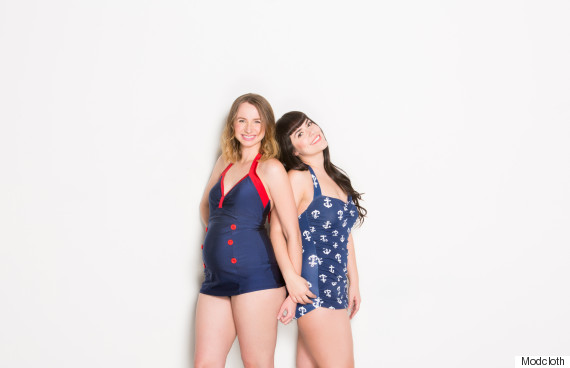 Franks, who was pregnant at the time, said her decision to get involved in the shoot stemmed from a feeling of true support. "It was definitely hard for me to make the decision as the pregnant one. My shy self immediately said, 'No, I can't do this.' But Modcloth supports its customers for who they are, and I'm proud to represent that," she said. 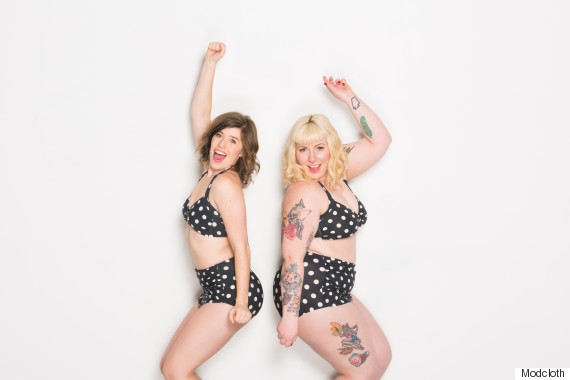 Head over to Modcloth to shop the styles above. 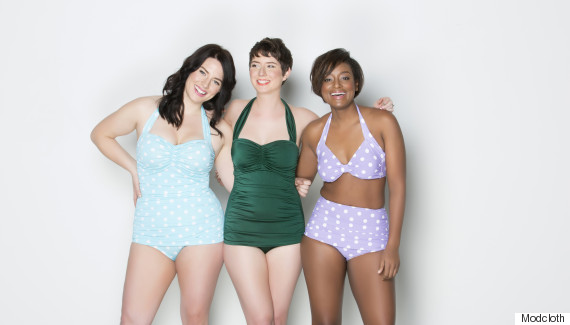 CORRECTION: An earlier version of this article misidentified Taller and Franks in the group photo featured above.