Over the course of two days, about 300 to 400 models walked through the doors of the BCBG showroom to try and get cast in the BCBGMAXAZRIA and the Hervé Léger‎ runway shows.

Picture this: 5-foot-forever models filing in and out of a bright white space, almost exclusively dressed in black clothing, waiting (sometimes for a couple of hours) for their 30 seconds with the casting directors. Once they arrive, they check in, take a seat and promptly change out of their flat shoes and into their sky-high heels (not a single model showed up in stilettos). 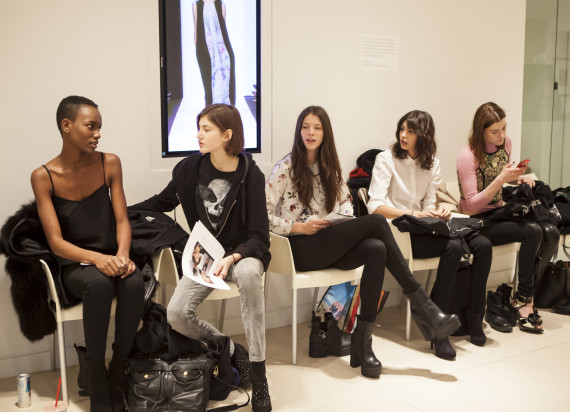 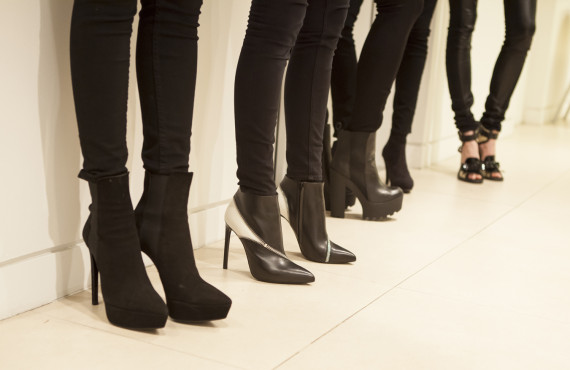 The models were then called in groups of five to line up and wait to go into the casting room. Two of the most sought after casting directors in the industry, Maida Gregori-Boina and Rami Fernandes, sat at the head of the table and watched as the models walked back and forth as if strutting down a runway, occasionally stopping models who piqued their interest to take photos.

So, what are casting directors looking for when they are selecting a mere 30-40 girls out of the 400 that stop by? "She needs to have a nice body, a nice neck and good ankles," Gregori-Boina told us. "I look for a girl who looks smart, who looks interested in what we are doing and has personality." This "personality" can be gauged by the subtle expressions in models' eyes, rather than blank stares, Gregori-Boina noted.

Though the casting directors have a tough job, choosing only a few models when hundreds of beautiful ones walk through the door, the models are also in the hot seat. We chatted with a few of the beautiful faces at the casting to find out how they prepare for Fashion Week and how they get that model glow. 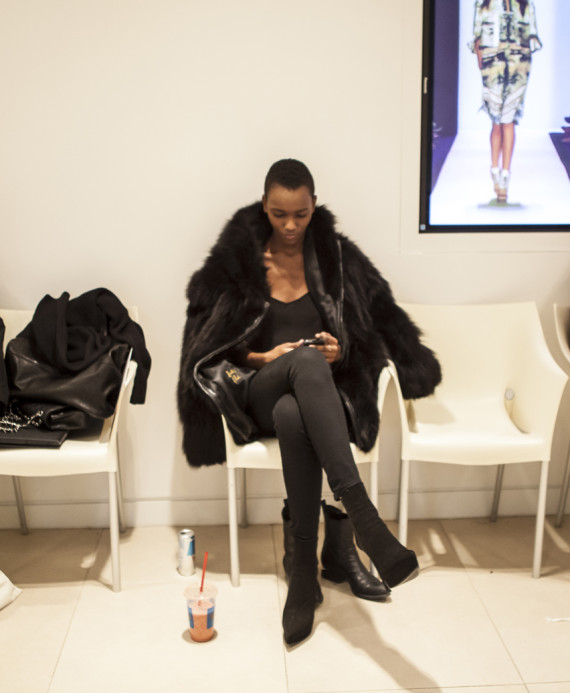 On how many castings she goes to during NYFW: "During fashion week you go on, it depends. Sometimes it's like 15 a day, sometimes it's like five a day. It depends on how many people want to see you in that day. So on a normal day it's eight on average" 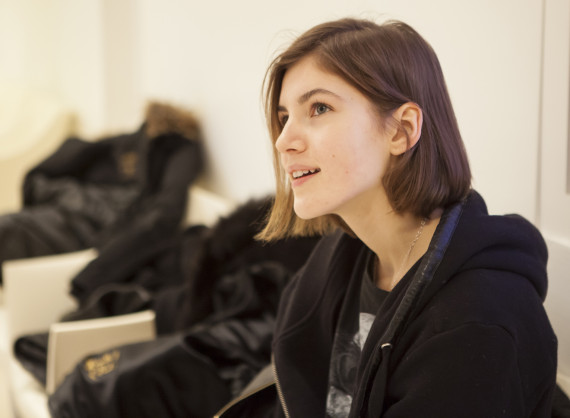 On what it's like getting started as a model: "It was madness for my first seasons. But now that I know everybody, I'm doing really specific castings with people who want to see me again, so it's become easier but busier." 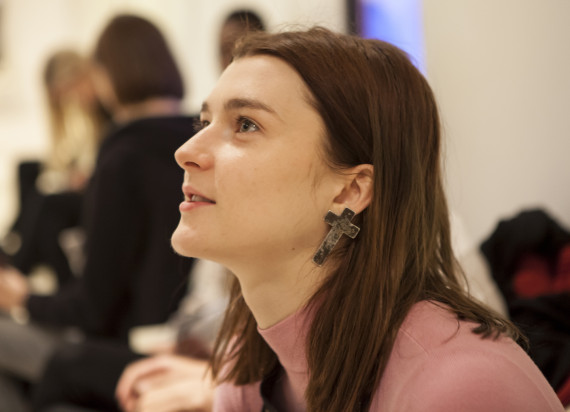 On what she wears to castings: "I try to avoid wearing all black because it tends to be what everyone goes to. Even though you have to showcase your body and not be very loud, your style cannot distract the client from your beauty or your appearance, I think it's important to show your personality or else it ends up being a sea of people just dressed in black." 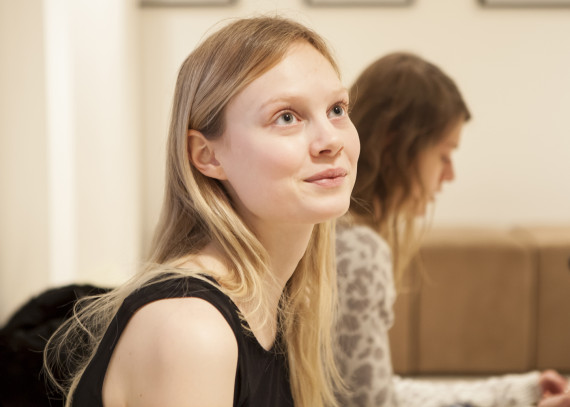 On her favorite part about being a model: "Every day is different. But that's also the hardest part about it. It's nice but it's also really worth it."

On whether she prefers New York fashion week or the shows in Europe: "Paris is my favorite. Or maybe I like New York because everyone has a lot of energy."

Check out more behind-the-scenes photos from the casting: