You're on the bottom of the ocean floor, tied to a shipwrecked vessel, weighed down by a massive gown, with no way to swim to surface to get air.

Von Wong, a former mining engineer turned photographer, just took a recent fashion photo shoot to new depths (literally), by taking two models and a collection of diving assistants to pose with a shipwreck off the coast of Bali. In a YouTube video released by Von Wong, he explains that the models were aided by diving assistants with oxygen tanks, but they were also free divers themselves.

The complications of this shoot were a bit unlike "regular" shoots -- photographing the models underwater meant navigating tides, destroying beautiful Ali Charisma dresses and only using natural light. But the results were spectacular, as you can see in the photos below: 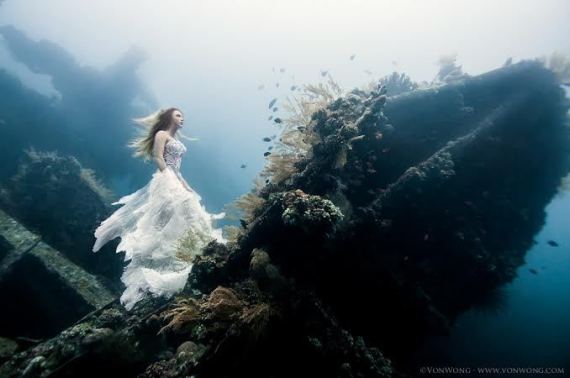 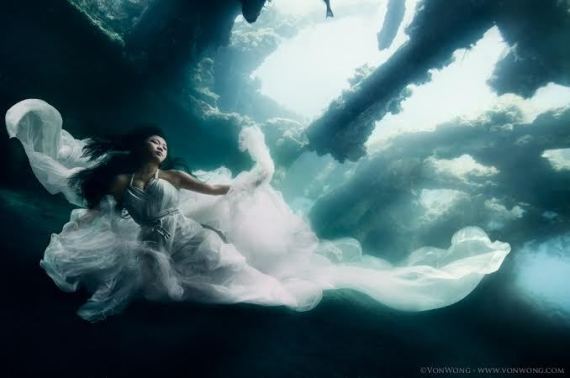 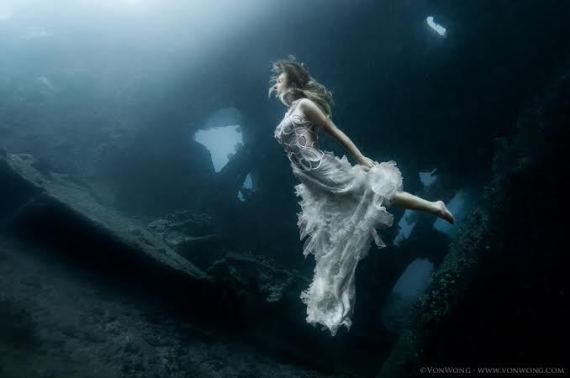 A little behind the scenes fun: 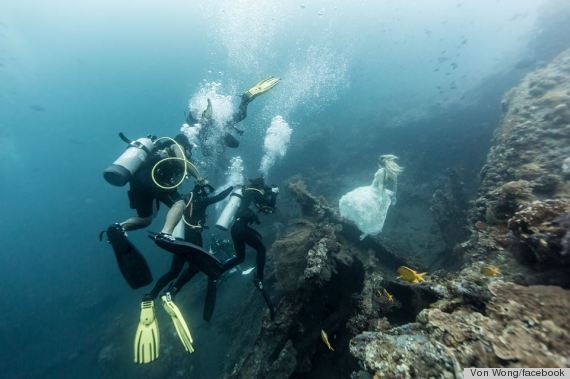 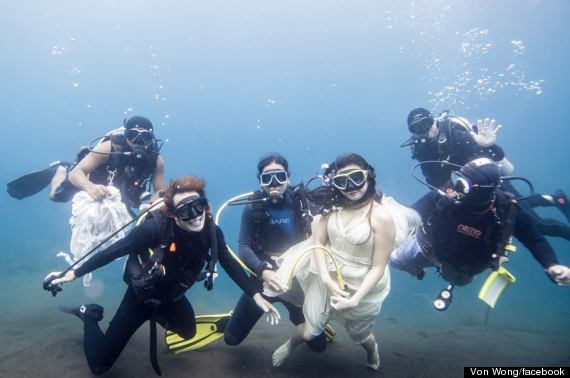 The first picture in the series is being sold here, and 100% of the profits go to help a 4-year-old girl with a degenerative brain disease. View more of the Von Wong's work here, contact his representation Suzy Johnston + Associates, or find Von Wong on Facebook or Twitter.