After sweeping the Emmys in September and taking home the Golden Globe for Best TV Series, Comedy, can "Modern Family" really be stopped?

The popular TV comedy took home its first Golden Globe Sunday night, after premiering in 2010. Accepting their golden statue was showrunner Steve Levitan, along with some bilingual help from series star Sofia Vergara. The duo accepted the show's Globe in two languages, with Vergara comically repeating Levitan's words in Spanish. Of course, Vergara took a few liberties with her translation.

After accepting their Golden Globe, the cast took to the press room to strike a few victorious poses. Take a look at some of the cast's best poses below. 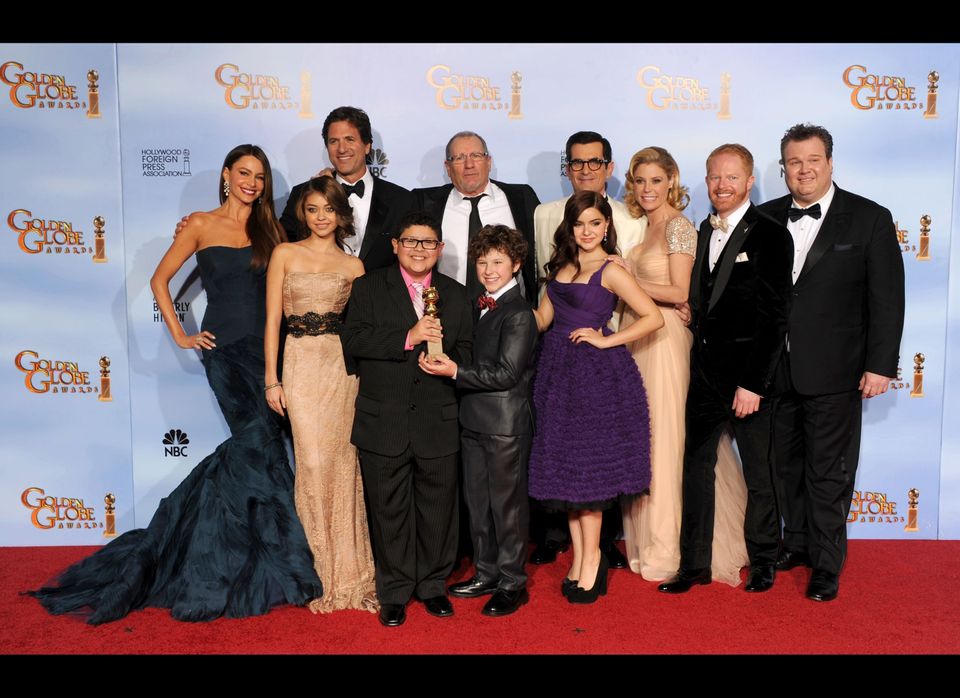