At least one-fifth of the Neanderthal genome may lurk within modern humans, influencing the skin, hair and diseases people have today, researchers say. 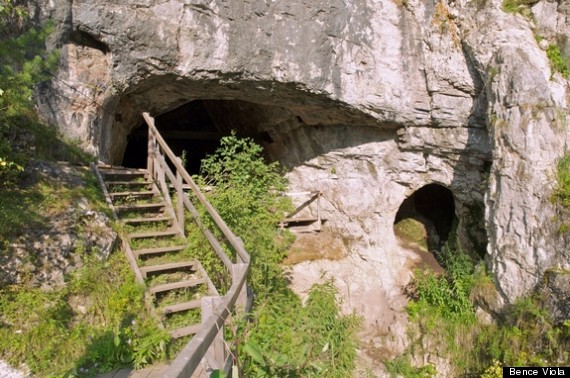 Recent findings revealed that Neanderthals interbred with ancestors of modern humans when modern humans began spreading out of Africa perhaps about 40,000 to 80,000 years ago, although some research suggests the migration began earlier. About 1.5 to 2.1 percent of the DNA of anyone outside Africa is Neanderthal in origin. 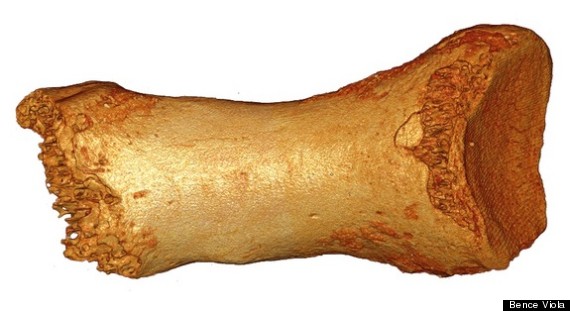 To find out just how much of the Neanderthal genome might hide within modern humans, Vernot and his colleague Joshua Akey analyzed the genomes of 379 European and 286 East Asian individuals. This involved identifying the DNA that didn't look modern human, and determining when that DNA was introduced into the genome.

To see if any DNA in these genomes was not characteristic of modern humans, the researchers focused on the mutations within it. After lineages split as the ancestors of modern humans and Neanderthals did, the more time these groups diverge, the more likely they will accumulate different mutations that set these lineages apart. Therefore, the scientists concentrated on sections of people's DNA whose mutations looked significantly different from their counterparts in other people, suggesting this DNA came from a very divergent lineage.

To find out when this DNA was introduced, the researchers focused on the length of various sections of DNA. When people have offspring, the chromosomes (packets that hold the cells' DNA) that get passed down are broken, mixed and reattached beforehand, meaning each child is a blend of their parents. With every generation, DNA gets broken into shorter and shorter fragments. By studying the length of a DNA section, the investigators could deduce approximately when it made its way into the modern human genome. [Unraveling the Human Genome: 6 Molecular Milestones]

The scientists focused on DNA that was not characteristic of modern humans and that apparently entered modern-human genomes about 50,000 years ago, when ancestors of modern humans are suspected to have mated with Neanderthals. They also compared this DNA with that found in Neanderthal fossils to confirm that it looked Neanderthal.

The researchers discovered that about 20 percent of the Neanderthal genome could be found in modern humans. Although the majority of genes inherited from Neanderthals apparently do not do anything remarkably different from their modern-human counterparts, "some of the genes are beneficial," said Vernot, who, along with Akey, detailed these findings online Jan. 29 in the journal Science.

For instance, they found "evidence that both Europeans and East Asians have inherited genes having something to do with the skin," Vernot told LiveScience. "That makes sense — skin is an important organ, protecting against pathogens, protecting against ultraviolet light."

An independent team involving evolutionary geneticist David Reich at Harvard Medical School and his colleagues found mutations inherited from Neanderthals were most often in genes related to keratin, a component of skin and hair. These genetic changes may have helped modern humans adapt to chillier environments outside Africa.

"It's always really nice to get independent confirmation of your findings," Vernot said.

Both research groups also found that some regions of the modern-human genome are devoid of Neanderthal DNA, including areas involving the testes and the X chromosome. This suggests certain Neanderthal mutations were incompatible with modern humans and were removed during evolution, perhaps because they reduced fertility, both research teams said. Reich's group also identified Neanderthal-linked gene variants associated with the risk of diseases such as lupus, Type 2 diabetes and Crohn's disease (a chronic inflammatory bowel disease).

Although 20 percent might sound like a lot of mingling happened between Neanderthals and the ancestors of modern humans, it could have resulted from as few as 300 mating events, Vernot said.

The research team's computer simulations of modern-human intermingling with Neanderthals suggest about 40 percent of the Neanderthal genome may actually survive within modern human genomes. "We just identified 20 percent is all," Vernot said.

To identify the other 20 percent or so of Neanderthal genome hidden within modern humans, the scientists estimate they would need about 1,000 individuals from any given modern-human population — for instance, Europeans — to find nearly all the Neanderthal DNA present there.

However, identifying Neanderthal DNA will be challenging. "Because we're so similar to Neanderthals, there could be many, many regions that are virtually identical, with no differences that we can tell apart," Vernot said.

The method the scientists used to identify Neanderthal DNA could also be used to discover the DNA of previously unknown relatives with whom the ancestors of modern humans may also have interbred. This strategy could even work without DNA from fossils of such previously unknown human lineages as a reference point, although having such fossil DNA would make this research significantly more accurate, Vernot said.