My parents met on the side of a small town road in the summer of 1975. My mom's car broke down and my dad stopped to help. They started talking and that was it. A year later they got married, and this July they will celebrate their 39th wedding anniversary. 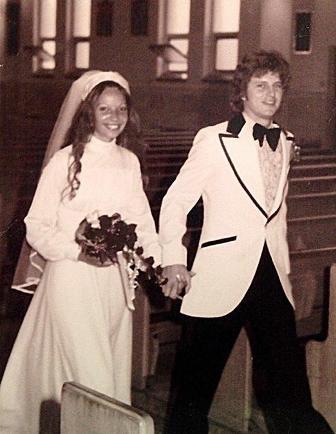 Isn't that the sweetest story? It's so sweet it gives me diabetes. Basically, my parents owe their marriage to a 1968 Ford Galaxy overheating on a hot day.

Do I want this magical story for myself? Sure, but it's not likely.

I guess what I am trying to say is that's not really how things work anymore; in fact, I think that's actually how horror movies start. It seems that these days, it's all on social media. I recently went to a friend's wedding who met her husband on Twitter. Before they met, I literally remember asking her something like, "Who is this (name redacted) weirdo that keeps tweeting you?" Now they're married and being all cute in California. Seriously?

Some research suggests that as many as one in three to one in five relationships are born online (FYI I don't think Tinder was included in that research... just saying). Technology has given us a plethora of possibilities in the game of love. But the question is why do we keep losing that game? Allegedly more than half of marriages end in divorce, and as I creep into my late 20s and early 30s, the number of exes people have, even from just dating, is increasing at an alarming rate. Isn't all that baggage exhausting? 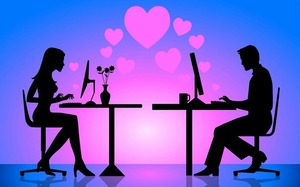 "Our modern dating practices have evolved," explains Alysha Trujillo, a love and relationship counselor based in Denver, Colorado. Trujillo has a master's degree in Marriage and Family Therapy, but more importantly, she knows how the modern world dates. According to Trujillo, "We have become dependent on things being immediate and easy, and establishing a relationship is no exception."

I asked Trujillo quite frankly if traditional marriage is even an option anymore, or are we doomed to a reality stuck in season one of Sex and The City? She's optimistic, stating, "Building relationships is difficult, but that doesn't mean it can't be done."

So what is the problem? Why are so many of us horrible at dating? Why do some people have 10 plus exes? Why do some leap from relationship to relationship like it's a game where everyone loses and we all catch Chlamydia? 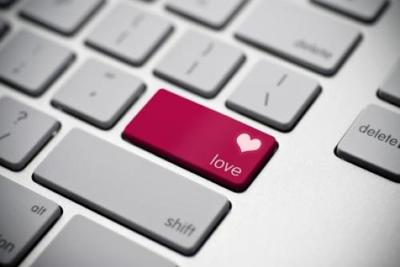 Trujillo explains, "A sustaining and fulfilling relationship starts with your own self awareness." Before even jumping in the dating pool, Trujillo wants us to establish what we need, what we want, and to literally ask ourselves: what are you looking for? If that's a love connection, then calm down and lower your expectations for yourself and your date. Then take your time.

Trujillo believes part of the problem lies with our modern tendencies, "If something doesn't immediately tickle our fancy, we are on to the next bigger and better thing." Real chemistry takes time and all the stalking on Facebook people do can sometimes ruin that. So perhaps next time you meet someone you like, maybe don't peruse through all their photo albums, confirm that you're cuter than their ex, and fantasize about your yearly trips to Belize.

Technology has greatly improved our options in love, but it comes at a cost, "The modern dating process doesn't offer the time that could facilitate the growth of (the right) type of authentic connection." Even though we move at super sonic speed, relationships can move at a glacial pace.

Overall, Trujillo's advice on dating in a modern world is relatively simple: find out what you want, be yourself, and know that it's not going to happen overnight.