"City limits have become limitless cities," proclaims a Prudential advertisement appearing in many airports. Jakarta, São Paolo, and Shanghai all have metropolitan area populations of more than 30 million people; Tokyo approaches 40 million. Prudential seems to have a good point.

The modern Holy Land now contains three large urban strips. One stretches from south of Bethlehem, through Jerusalem, and north to Ramallah. It spans 30 miles and includes about one million people. The Gaza Strip is the second urban belt, with about 1.8 million inhabitants. The third is the greater Tel Aviv metropolitan area, with about two million inhabitants. While these figures pale in comparison to other cities in the world, for those living in any urban belt, easy access to nature is a pressing challenge. Currently, the majority of the people in the world live in cities, and as mass migration from rural areas to cities continues, this challenge will only become more pronounced. 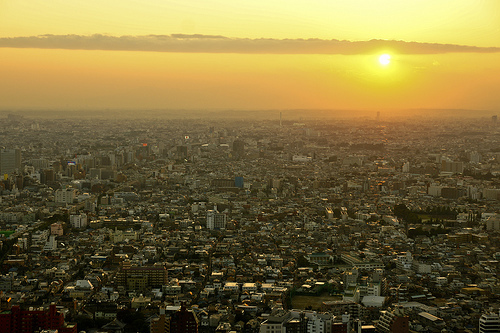 This is where millennia-old religious teaching becomes relevant. When the Hebrew Bible was received on Mt. Sinai, there were likely fewer people on the entire planet than currently live in Tokyo and Jakarta. The Bible has much to teach the modern megacity, since it contains a clear instruction on how to combat urban sprawl and achieve sustainable urban planning. Leviticus chapter 35 states the instruction from God that the 48 Levitical cities were to establish an open space around them-- what Rabbi Samson Raphael Hirsch called a 'greenbelt.' The Hebrew word used, migrash, comes from the root 'to separate,' since urban centers were meant to be separate from one another. The Talmud discusses how, once a city was established with a greenbelt around it, the city could not be expanded into the greenbelt. If the city became too dense, a new city would need to be built elsewhere. Significantly, the rabbis of the Talmud understood the law of the greenbelt to apply not only to Levitical cities but also to all Israelite cities in the land of Israel. (More teachings on greenbelt are available here.) 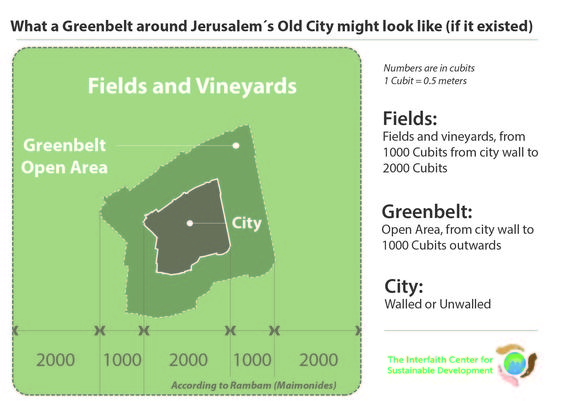 Rabbinic commentators make clear that for a city to be truly livable, it must be surrounded by green space, since the quality of life of city residents, to a significant degree, depends on access to green spaces. A society that lacks green space can become stifling, oppressive, disconnected and unnatural. Green space enables people to walk and sit in nature, promoting physical, emotional, and spiritual balance. Trees generate oxygen and help filter the air. The greenbelt ensures that nature stays close to the people, enabling the people to remain connected to nature. The greenbelt promotes balance in an urban society as well as balance between humans and nature.

Unfortunately, since the destruction of the second Temple in Jerusalem in 70 C.E., or sometime thereafter, Jews have not observed this commandment. Nor have they in the past 130 years, with Jews returning to Israel in large numbers. Yet, global sustainability and our collective future requires a balance between urban settlement and nature, not just more building. As Edward Abbey wrote, 'growth for the sake of growth is the ideology of the cancer cell.' Some of the world's megacities are so large that lower-income residents have to commute to work three hours a day- each way! To have to live that way is to live a degraded lifestyle. Building cities with greenbelts in mind would moderate overgrowth, promote compact urbanism, check urban sprawl, and improve quality of life. 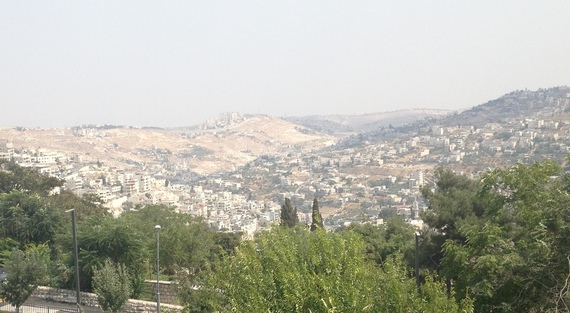 Population growth plays a large part in current city growth and the rise of megacities. The exponential human population growth in the past century has led to the exponential growth of cities. The result is rapidly growing cities with less green access for their inhabitants. Genesis 1:28 establishes the Biblical commandment "be fruitful and multiply and fill the earth." (See here for an ecological understanding, based on rabbinic commentators, of this verse.) A key question to address is, at what point have we filled the Earth and therefore fulfilled this commandment? Ironically, many Bible adherents stringently fulfill this commandment while neglecting other commandments intended to make such growth sustainable-- like the commandment of the greenbelt.

A leading Israeli environmental scientist, Dr. Alon Tal, spoke to this in his recent New York Times op ed, Israel's Looming Demographic Challenge. He writes, "Israel's environmental problems are largely a function of a rapid increase in population. The country will never be able to control greenhouse gases, maintain even minimal levels in our rivers and streams or protect our fragile habitats if this demographic growth continues at such an astonishing rate. With urban development taking over about five square miles of open space every five years, Israel's wildlife is in steep decline."

But it's not just about the birds and the bees, the trees and the toads. Despite Israel desalinating huge amounts of water (by burning fossil fuels to do so), some of the twelve million Palestinians and Israelis experience water shortages, Gaza is on the brink of permanently depleting and salinizing its underground aquifer, and the Sea of Galilee nears the 'black line.' What might the water situation look like with 20 million people, which is projected for later this century? High population growth and the lack of sustainable urban planning together present a significant challenge, for Israelis and Palestinians alike, and for people around the world.

Living sustainably on this planet is, as the Dalai Lama said, "a question of our very survival." In order to enable the next generation to inherit a thriving, livable planet we need to put a greenbelt on unchecked urban growth and access the wellspring of ancient wisdom at our disposal.

Rabbi Yonatan Neril founded and directs the Interfaith Center for Sustainable Development, which works to catalyze a transition to a sustainable, thriving, and spiritually-aware society through leadership of faith communities.