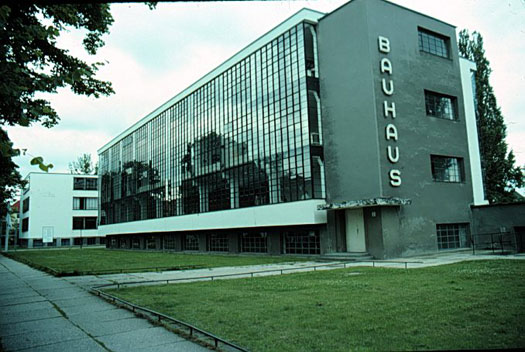 Modernism is something that we all grew up with. It's in our aesthetic bloodstream. We tend to take its forms and modes of expression as natural; after all, it has been the dominant aesthetic motif for a century. Some of its features are more pronounced, and obvious, than others. In literature, music, sculpture and much painting the common trait that our senses perceive is its jagged, disconnected, and fragmented nature. Those are also features of our current lives - a case of art anticipating life? For the artists who were the fountainheads of modernism actually lived in social settings quite coherent and orderly by today's standards.

The motor force of the modernist movement was freedom of self expression, the rebellion against the constraints of all formalisms. Rules were the enemy. The society and the culture that insisted on fixed norms imprisoned the self. Modern art was at once an act of liberation and an assault on the established order. Disorder became seen as virtuous by its very apposition to all convention. There is an intriguing connection between modernism's claim to unbridled liberty and the way that it has shaped the physical environment in which we live. 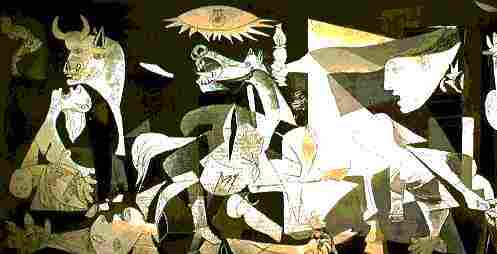 That trait stands out when our attention turns to architecture and décor. It this sphere, disorder gave way to clarity; complexity to simplicity. Uncluttered, clean, spare are the words that come to mind. For some, such a setting provides maximum room for a rationally organized and directed existence. Ludwig Wittgenstein, the renowned positivist philosopher, designed and minutely supervised the construction of a house in Norway that was an exemplar of the modernist philosophy. Every linear specification was realized with exactitude. Austerity of décor matched the architectural precision. Its interior was occupied by little more than the philosopher himself. There are more recognizable exemplars. 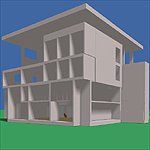 Think of Bauhaus design that has so profoundly influenced modern visual sensibility. Think of Le Corbusier and the regular lines of the omnipresent office block or commercial park that is its derivative. Think of the bleakly functional Pompidou Centre in Paris. Think of up-scale Italian décor. The physical environment they have modeled for us is sleek and unencumbered. It is pale. The living habitat emphasizes open space. It invites us to do what we will within that space. It's almost as if the modernist motto in this domain is: "it's up to you." There is no dictation of what to pay attention to since there is so little to look at. The stark geometric alignments offer only bare hints as to how we may arrange the space they compose. We are encouraged, in fact, not to fill the space with things. A spare abstract painting here, a bit of fabric there, a slight modulation of color tones. That is about it. The unstated message is a powerful one: this is about you - only you.

This is narcissism friendly terrain - no threat, no challenge, no contender or contention for the imperial self. The narcissistic personality implicitly rejects all claims on it by opinion, by custom or even by visual obstruction. The absence of a defined aesthetic order, like a nihilistic public disorder, offers a convenient blank canvas for the socially disengaged.

The age of modernism is the age of self-conscious individualism. That strong affinity is mutually reinforcing. The very fact of whom and what a person is takes precedence over how he participates in a social environment. The 'authentic' individual self is somehow detached from any intense social interaction. Whatever comes out of that pristine self is thereby privileged as being truest and most genuine. It is sacrilized. Minimalism is taken as an implicit virtue since it does not ask us to express anything deep or complicated - feelings, thoughts or emotions. For just trying to plumb those depths can interfere with what really counts: the self-absorbed, self-referential and restless individual doing his thing - however superficial and fleeting that thing may be. From the outset, the modernists' envisaged community of free spirits risked materializing as an assemblage of narcissists. So it has.